Writing The Minutes Of A Meeting - Dr Ganiu Bamgbose
Advertisement

Nneka Onyeali-Ikpe Advocates For Financial Education And Inclusion For Children

Family Time Gets an Upgrade With Two New Kid-Friendly Features 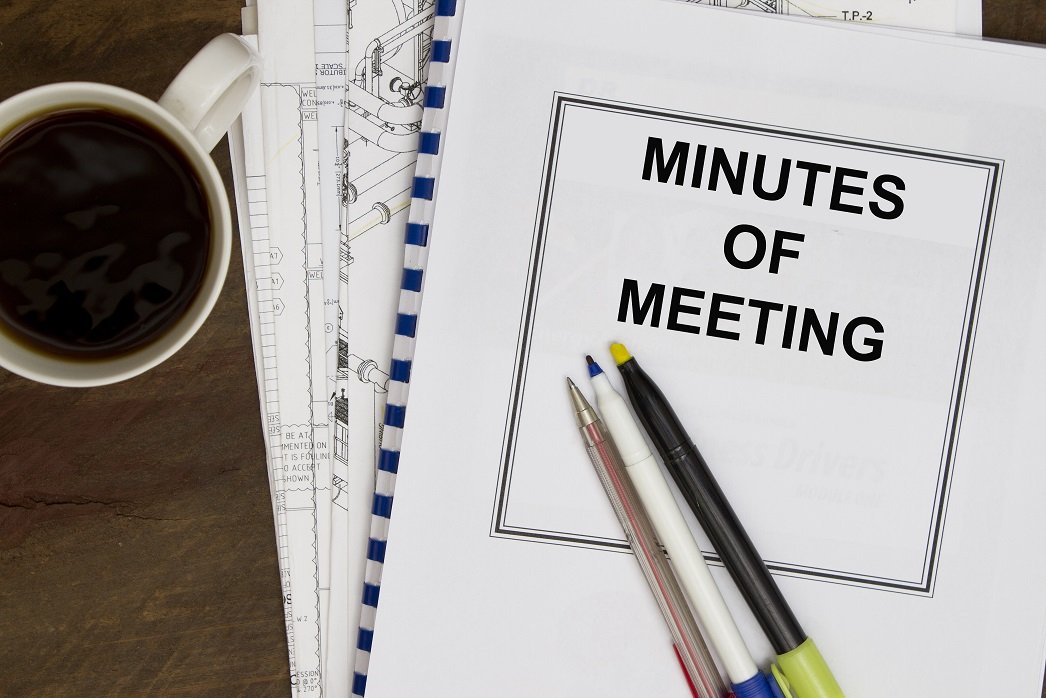 Minutes are the formal records of discussions, decisions and conclusions at a meeting. When people meet for academic, legal, social, religious and political purposes, among others, matters discussed are expectedly recorded and later reported by the secretary or acting secretary of any such meeting.

Such a record, which should be perused at the next meeting, is called minutes. Minutes are required so that they can guide follow-up actions, and help to ensure that confusion, disagreements and controversies about a meeting are avoided. This treatise will discuss the features, organization and language use in the writing of minutes.

With that being said, it should be noted that minutes of meetings do not have to account for every utterance made by people during meetings, and comments do not have to be reported verbatim. Minutes are reports of only the important ideas, decisions, resolutions and information that are disclosed during meetings. In effect, it is absolutely essential that reports are accurate. Misquoting or misrepresenting someone else’s view may result in legal proceedings.

Furthermore, minutes have to be properly organised. The proper organisation of minutes enhances their comprehension, the search for aspects of their content and the execution of the resolutions reached at meetings. The usual format of a meeting is as follows: Title, Membership/Attendance, Preamble, Adoption of the Minutes of the Previous Meeting, Substantive Agenda, Adjournment and Endorsement by the Chairman (and Secretary). These parts shall be briefly explained in the subsequent paragraphs.

The title of the minutes is usually comprehensive. It should clearly indicate the group of people that met, as well as the date and venue of the meeting. For instance:

Minutes of the Meeting of the Vice Chancellors of all Nigerian Universities, which was held on Monday, 28 June 2021, at the Senate Building, University of Lagos, Lagos State

Traditionally, unless when not in attendance, the name of the chairman of the meeting comes first, while other names follow, usually but not necessarily in the order of seniority. The segments under the membership are: ‘present’, ‘absent’ and ‘in attendance’. All of the members in attendance write their names first; those who are absent are listed immediately after. The last section lists those who are not regular members but who have been invited to attend the meeting.

Writing The Minutes Of A Meeting

The preamble is an optional part of minutes. It is the part where the chairman may decide to give an opening remark, welcome new members, or where apologies are made for members who have begged to be absent from the meeting. The adoption of the minutes of the last meeting is paramount if the group is not meeting for the first time.

This section will state if the minutes are accepted as presented, or if clarifications or corrections were made by members who were present. Such clarifications should be noted in the new minutes if there were any. Afterwards, the adoption has to be made by a member present at the meeting and seconded by another member who was present. The date of the meeting must be clearly stated, too, as seen thus: Dr Ganiu Bamgbose moved the motion for the adoption of the minutes of the meeting, which was held on Monday, 28 June 2021, and it was seconded by Dr Temitope Ajayi.

The matters arising will present the follow-up actions that have been taken or have yet to be taken in the minutes of the previous meeting. This section draws attention to the implementation of decisions. The section on the substantive agenda reports the discussions and decisions on the main issues raised at the meeting. Note that the section should present a summary of deliberations and decisions, not a report of all that is said at the meeting. This section should also indicate the individuals assigned to implement the different decisions that reached the meeting.

In the section on adjournment, which is usually brief, the time that the minutes were adjourned and the persons that moved and supported the motion for the adjournment are mentioned. In the format of minutes, the chairperson and, quite often, the secretary will write their names and sign at the end of the document.

Finally, word-giving circumstantial information (adverbials), in minutes, should be altered. For example, ‘now’, ‘today’ and ‘last week’ becomes ‘then’, ‘on that day’ and ‘the previous week’, correspondingly.
This exposition details the organisation and language use in the writing of minutes. A careful perusal of it can ease the tedious task of writing good minutes.

Related Topics:MinutesWriting The Minutes Of A Meeting