The innovative launch event exploring the story of selfie reflects the rising brand horizon to exert more effort on industrial, social, and humanistic care rather than the product portfolio only which is an indication that TECNO is on the way t’o one of the leading international brands around the world.

TECNO , a rising superstar as a global smartphone brand of the new generation, has taken centre stage once again with the newest phone in its CAMON series – the TECNO CAMON 17. Entering the scene with an exciting launch, the event attendees were treated to a stunning documentary that discusses thought-provoking subjects surrounding the rise of the selfie and the selfie generation’s needs. As the event progressed, the audience is assured that the TECNO CAMON 17 is indeed made to fulfil this young generation’s needs – both functionally and socially and emotionally.

The documentary, titled “Rise of The Selfie” dives into the selfie’s history and why it has become such an essential feature of the current generation. This aligns with a cause TECNO has always been championing: a smartphone is not about the brand, but about the consumer himself. To be the smartphone brand for the users who are always “young at heart” and challenge themselves for new things, TECNO CAMON 17 Pro enables  individuals’ want to further express their unique selves.

The documentary outlines the way of looking at the future. Selfies will be an important medium of self-expression, as gleaned from how the young ‘digital native’ generation, not just for individuals but also groups, whether online or in person. The film feature experts Thomas Curran, Professor of Psychology, Eugenie Shinkle, Reader in Photography and Lucy Hedges, Tech Journalist in Photography, to share their valuable insights. They introduced the audience to the less heard beginnings of the selfie. This gave the audience an understanding of this generation’s habits and why the TECNO CAMON 17 is so well-suited for its users. 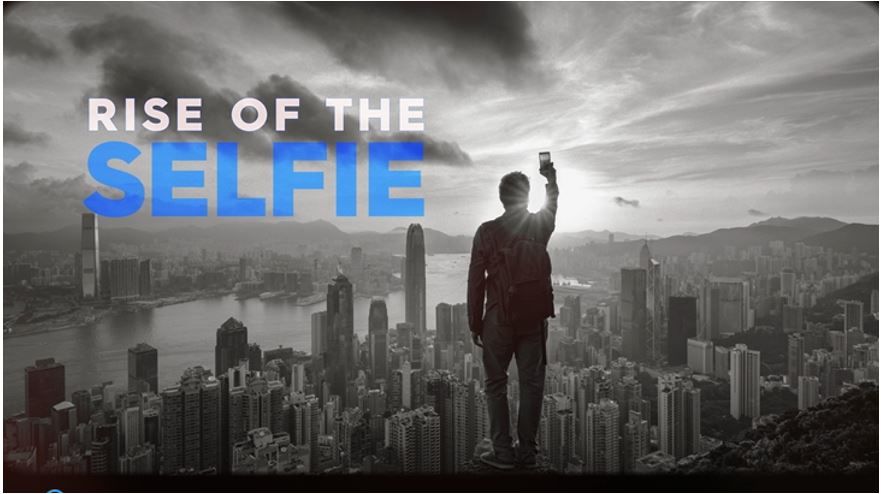 In the film, Sara Johansen, Fashion Model, illustrated how selfies are a game-changer for people who are not celebrities to become influencers themselves. She poses with the TECNO CAMON 17 in the documentary, flaunting the phone’s sleek details and selfie skills.

Sara claimed that selfie phones like the TECNO CAMON 17 Pro allows users to control their own images by taking photos that showcase the best of themselves, and also is an unconscious self suggestion to be the best self, which is the core value of selfie. Fitted with the most updated functions, the TECNO CAMON 17 will also use the next generation TAIVOS 2.0 to optimise the camera settings based on the user’s scenery changes. All this is captured by a front camera that is inconspicuously placed.

The social phenomenon of selfies has been gaining serious momentum in recent years and have become central to how people express themselves. The world has shifted permanently due to the impacts of COVID-19 and the selfie function has perhaps become even more important as people use it to keep in touch with loved ones safely. The CAMON 17 Pro is the first product to put this behavior into focus as users nowadays in post-epidemic era associate selfies with their identity, making phone manufacturers such as TECNO sit up and take note.

The TECNO CAMON 17’s entrance to the smartphone market came at the perfect time. Users want more from their selfies and would appreciate a smartphone with a high-quality camera and grants them the freedom to explore their creativity. The TECNO CAMON series of today has simplified the photo taking process for the user’s ease of use and made it so much more enjoyable even for someone not well-versed with technology. Not only will the user’s loved ones be able to enjoy life-like photos, the FHD screen of the TECNO CAMON 17 is extremely clear. This high-quality display provides users incomparable clarity as they chat over video calls. They can also fully immerse in high-definition videos and intense games.

The innovative launch event exploring the story of selfie reflects the rising brand horizon to exert more effort on industrial, social, and humanistic care rather than the product portfolio only which is an indication that TECNO is on the way to one of the leading brands around the world.