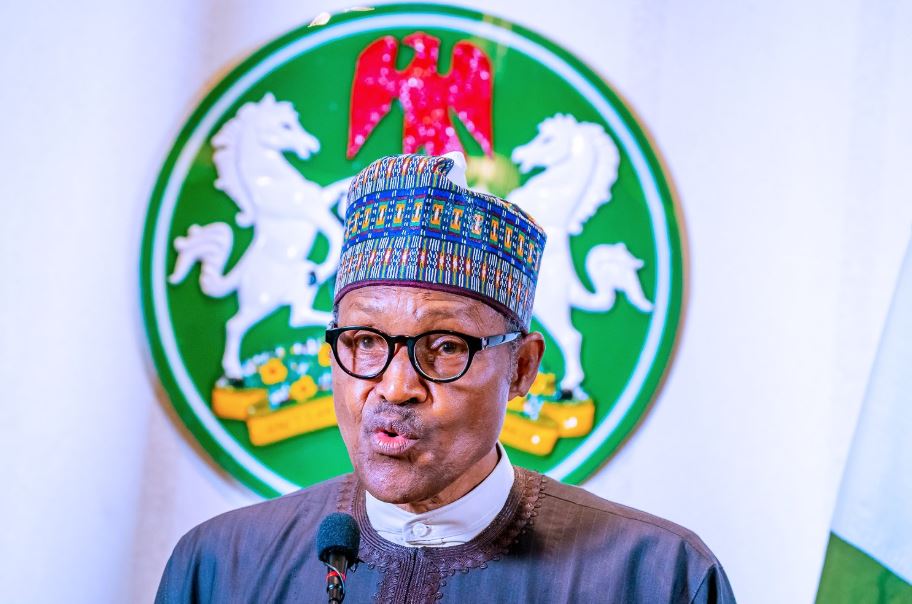 The Federal Government has withdrawn its new policy and apologized to Nigerians for what it described as misleading information regarding completion of Self-Certification Forms.

Brandnewsday had reported that the Nigerian government had earlier been heavily criticized by many Nigerians over its directives that every account holder in financial institutions to obtain, complete and submit the forms.

Thus, Nigerians have trooped out en mass to show their rage over the new policy, wondering why the government are insinuating another mode of verification.

Therefore, many displeased Nigerians have asked the government to reverse the order and use details on the existing forms of IDs like the Bank Verification Number (BVN) and National Identity Number.

As a corollary to the development, the Buhari-led government in a statement on its official Twitter page as appealed  Nigerians to disregard earlier information.

The statement reads: “ We apologize for the misleading tweets (now deleted) that went up yesterday, regarding the completion of self-certification forms by Reportable Persons.

“The message contained in the @firsNigeria Notice does not apply to everybody. FIRS will issue appropriate clarification shortly.”

Meanwhile, FIRS in its clarification on Twitter explained that the self-certification form was pursuant to the Income Tax (Common Reporting Standard) Regulations 2019 and in fulfilment of Automatic Exchange of Information Requirements.

FIRS said that the form would be administered on reportable persons holding accounts in financial institutions regarded as “Reportable Financial Institutions” under the CRS. 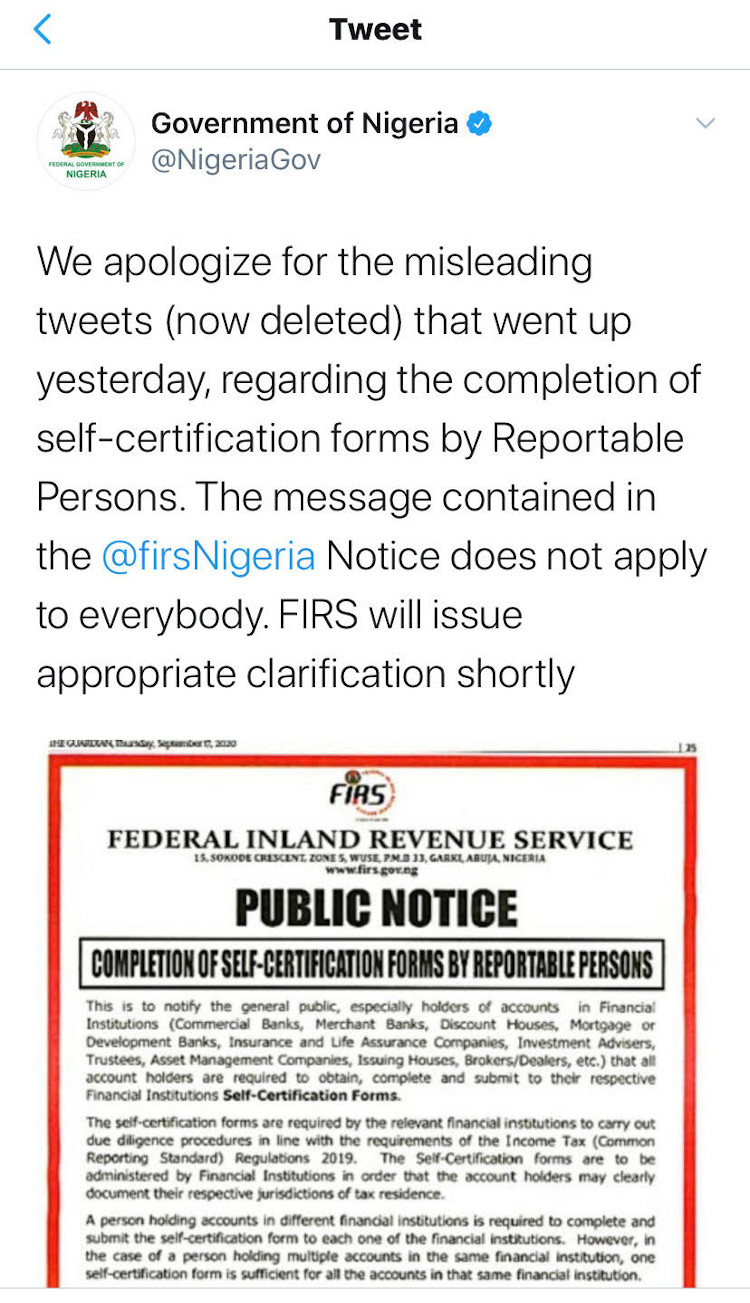