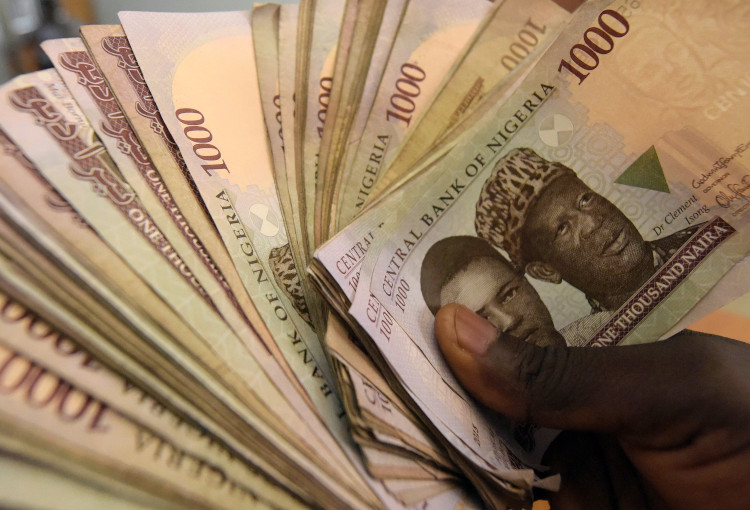 Naira falls massively at the parallel market popularly known as the black market, hitting its all-time low for the first time in 2022 as a new foreign exchange rate revealed.

Brand News Day Nigeria reports that the Nigerian official currency, Naira has fallen against the dollar for the first time in the new year, four days after maintaining N560/per $1 at the black market since the beginning of the year.

This online news platform learned that the naira has since fallen against the United States dollar at the black market since the start of the new year 2022, exchanging at N565/per $1, failing to maintain N560 per dollar to naira position it stood since Saturday, 1st January 2022.

A survey conducted by Brand News Day Nigeria at the Bureau De Change (BDC) market at the Lagos Island, Ojodu Berger, Ogba area of Lagos, Nigeria’s commercial city, on Friday evening, January 5, 2022, shows that the naira to USD exchanged at N565/$1, failing to maintain N560 position of 1 dollar to naira it held for four days now, weeks after USD to naira exchanged for N530/$1.

This picture taken on January 29, 2016 in Lagos shows 1000 naira banknotes, Nigeria’s currency.
Nigeria’s central bank governor, Godwin Emefiele, on January 26 dismissed calls to devalue the naira in his monetary policy committee statement. Instead he chose to continue propping up the currency at 197-199 naira to the dollar and maintain foreign-exchange restrictions. As a result, the naira on the black market is hovering around a record low of 305, fuelling complaints from domestic and foreign businesses who can’t access dollars required for imports. / AFP / PIUS UTOMI EKPEI (Photo credit should read PIUS UTOMI EKPEI/AFP/Getty Images)

Even though the dollar to naira opened in the parallel market at ₦565 per $1 today, BrandNewsDay gathered that the Central Bank of Nigeria (CBN) does not recognise the parallel market, otherwise known as the black market. The apex bank has therefore directed anyone who requires forex to approach their bank, insisting that the I&E window is the only known exchange.

Though the naira has fallen at the black market, it, however, showed strength at the official market, gaining more than N7 naira on Wednesday, January 5, 2022, from what it traded last week after the CBN adjusted the dollar to the naira exchange rate.

The exchange rate between the Naira and the US dollar according to the data posted on the FMDQ Security Exchange where forex is officially traded showed that the naira opened at ₦423.56 per dollar on Wednesday, 5 January 2021, but later closed at ₦416.00 per $1 the same day, representing a change of-1.58% or gain of N7.56.

Meanwhile, BrandNewsDay Nigeria reports that the USD started this week at ₦560 in Parallel Market also known as Black Market on Monday, January 3, 2022, in Lagos Nigeria, after it opened at ₦555 last week Monday, December 27, 2021.