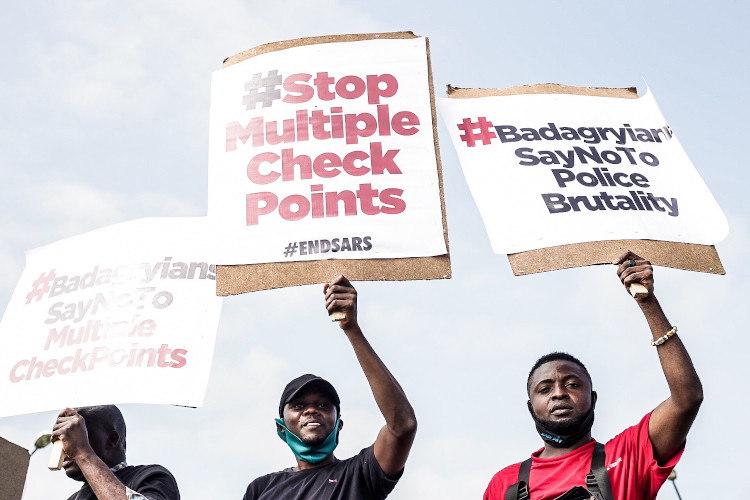 Youths in Badagry area of Lagos State on Tuesday in an #Endsars protests demurred against extortion of motorists and multiple checkpoints by law enforcement agents on Agbara-Badagry Expressway.

Brandnewsday reports that the Nigerian youths, in different assemblies were spotted at the popular Badagry Roundabout carrying placards with various inscriptions.

Recall that the member representing Badagry at the Federal House of Representatives, Babatunde Hunpe had on September 30th appealed the youths in Badagry area of Lagos to lose guard on their planned protest earlier slated for October 1 over the poor conditions of Lagos-Badagry Expressway, among other pressing issues.

Speaking on the development, one of the coordinators of the protest, Mr Gabriel Tianka, stated that the issue of Badagry was not only about police brutality.

“The problem we have in Badagry is that of multiple checkpoints on Agbara-Badagry Expressway.

“From Badagry to Agbara, there are more than 16 police checkpoints. 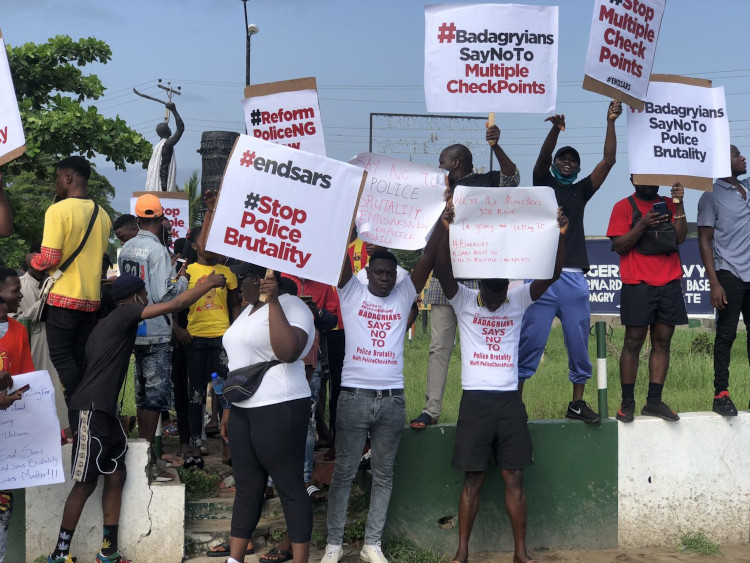 “Policemen on this road are extorting motorists; they are collecting between ₦100 to ₦200 from the drivers.

“This had made commercial vehicles plying the road to increase their transport fare from ₦150 to ₦500”.

He added that “Our people plying the road are going through this punishment every day.

“Today, we are here to say that if the Federal Government is scraping SARS, they should help us in Badagry to cancel the multiple checkpoints on our road”.

Babatunde said that tourists had abandoned the town because of the multiple checkpoints mounted by various law enforcement agents, as well as the deplorable state of the road. 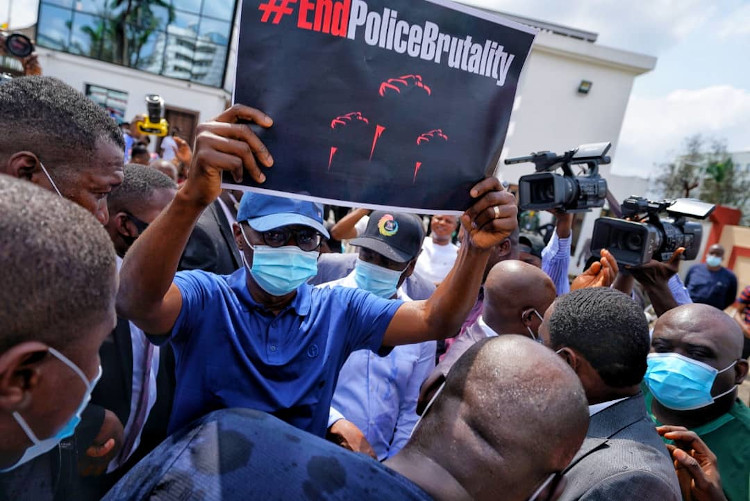 In his response, Mr Abdulsalam Ashade, the Coordinator of Youths in Olorunda Local Council Development Authority (LCDA), said Badagry residents were facing a lot of harassment from the police on the expressway.

“From Aradagun to Agbara, there are 16 checkpoints by Nigeria Police, Immigration, Customs and Civil Defence, youths in Badagry come out today to protest police extortion.

“Now that the government is trying to reform the police, they should help us to see the multiple checkpoints too.

“Also, we are using this opportunity to beg the Federal Government to help us fix Badagry-Lagos Expressway; the road has become a death trap to us.

“This is the only expressway that leads to the ECOWAS countries,” he said.

Reacting to the development, Mr Sewedo Samuel, a concerned Badagry youth, called on the Federal Government to carry out a total restructuring of the Nigeria Police. 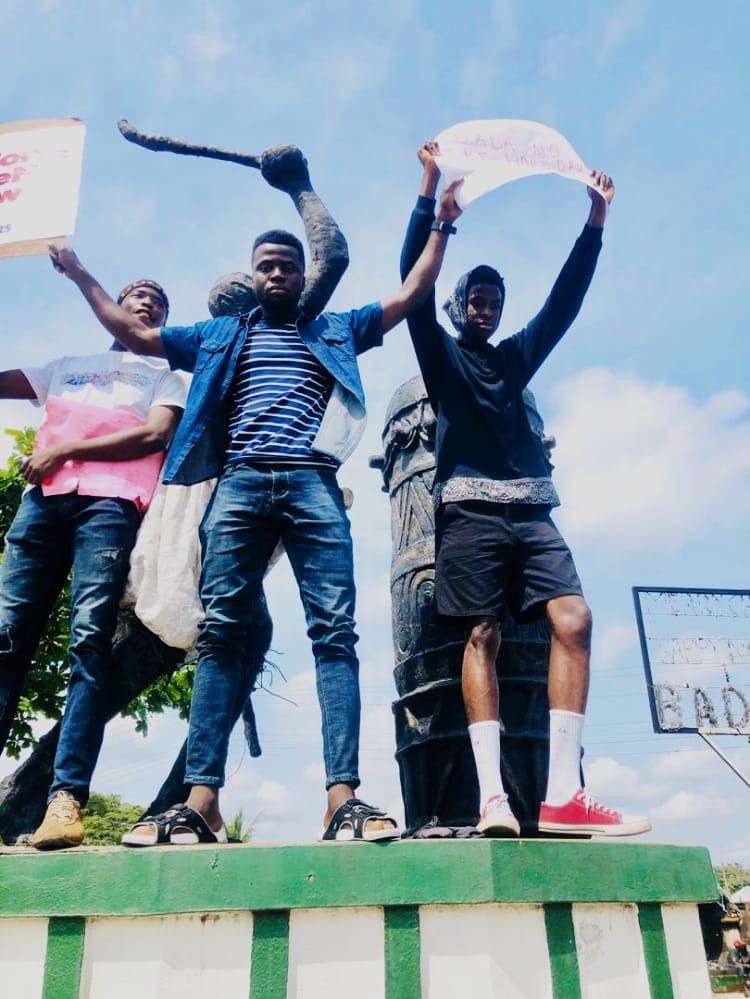 Samuel commended the government for disbanding SARS following a series of protests that greeted their operations.

The youths marched down to Badagry Local Government Secretariat, where the Chief of Staff to the Chairman of the Council addressed them and pledged his support for their protest.

They later moved to the Akran Palace and Agbalata International Market in Badagry to register their displeasure on the multiple checkpoints.

The security operatives led by SP. Peters Gbesu, the Divisional Police Officer in Badagry, were on ground to ensure that the protest was peaceful.

In his reactions, Gbesu told newsmen that he was on ground to monitor the protest and ensure that it was peaceful, and not hijacked by hoodlums.

He said that officers of the division were deployed to strategic areas to ensure that no individual’s right was disturbed.

The DPO, however, said that he would deliver the message of the youth to the state command of the police in Ikeja.