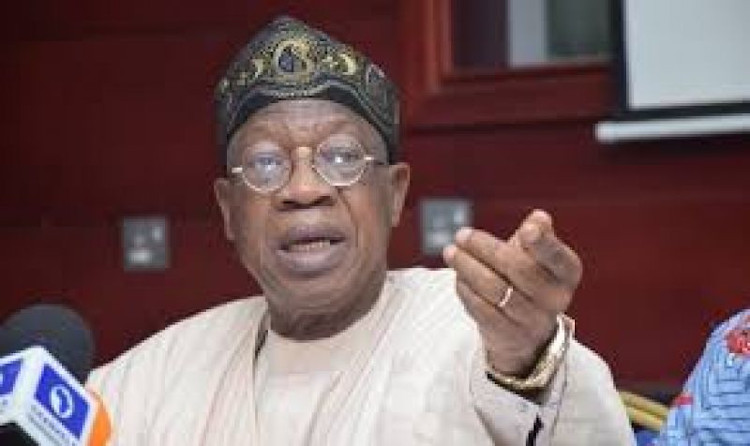 The Federal Government has claimed that the ongoing nationwide #EndSARS protest is turning violent, issued a stern warning that the FG will not sit and watch the country to be thrown into anarchy.

Brandnewsday reports that the FG made this known after the Saturday attack on Osun State Governor, Gboyega Oyetola by some angry protesters.

Lai Mohammed, the minister of Information and Culture, made this known on Saturday when he was featured on a Nigeria Television Authority (NTA) news programme, “Weekend File”.

Mohammed claimed that the attack on Governor Oyetola is a clear assassination attempt, adding that the protests had been hijacked by hoodlums and people with ulterior agenda.

According to the minister, the original conveners of the #EndSARS protests might have meant well but are no longer in control of the movement.

He said, ”If the government does not take some very firm steps to protect the lives and livelihood of innocent Nigerians”.

“Peaceful protest is an integral part of democracy and that is why the Federal Government in the last 11 days has treated the protesters in a very civilised manner,” Mohammed said.

“But, if you look at what happened to the Governor of Osun State, it has gone completely beyond peaceful protest against excesses and abuse of power by the police.”

He said, “there is nowhere in the world where a government will fold its arms and allow the country to descend into anarchy.

“We are no longer dealing with #EndSARS but a volatile situation that can lead to anarchy if the government does not take some very firm steps to protect the lives and livelihood of innocent Nigerians”.

Mohammed said a protest where protesters are now blocking the roads and highway, cannot be said to be peaceful because workers are finding it difficult to get to their offices and back home while many Nigerians are stranded on the roads.

“We have nothing against peaceful protest but there are civilised ways of doing so.

“This is by going to a venue where you are not going to disturb other Nigerians because where your own right stops, other persons’ right begins,” he added.