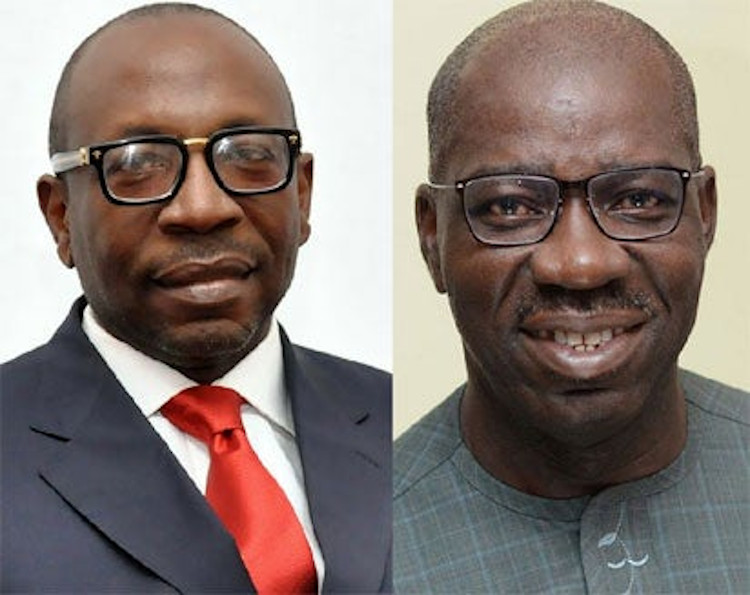 Brandnewsday reports that Nigeria’s electoral umpire displayed the particulars at its office, situated at the former state secretariat of the PDP on Sapele Road in Benin, the state capital on Thursday.

The documents revealed by INEC shows that the incumbent Governor and candidate of the Peoples Democratic Party (PDP), Obaseki obtained the West African School Leaving Certificate (WASCE) in 1973 and Bachelor of Arts (B.A. Hons.), 1979.

Meanwhile, the Governor did not present his Higher School Certificate (HSC).

Obaseki’s main rival and candidate of the All Progressives Congress (APC), Pasto Ize-Iyamu bagged an LLB from the University of Benin (Uniben).

Be as it may, Governor Obaseki will face his main contender Ize-Iyamu and 13 others in the coming election.

Recall that Ize-Iyamu was under the PDP platform while Obaseki enjoyed the support of the ruling APC respectively in 2016.

READ: Edo 2020: PDP Governors Reveal Why They Accepted Obaseki, Speak On What Next To Do

Conversely, the duo candidates had switched party and are now vying for Edo State governor under their former foes platforms in September 2020.

Recall that the APC disqualified Obaseki from participating in the June 22 primary election alleging inconsistency in his certificate.

This was after the Governor raised the alarm, alleging that the former National Chairman of the party, Adams Oshiomhole was planning to announce his disqualification.

READ >>  Edo 2020: PDP Governors Reveal Why They Accepted Governor Obaseki, Speak On What Next To Do

Following his disqualification, Obaseki resigned from the ruling party.