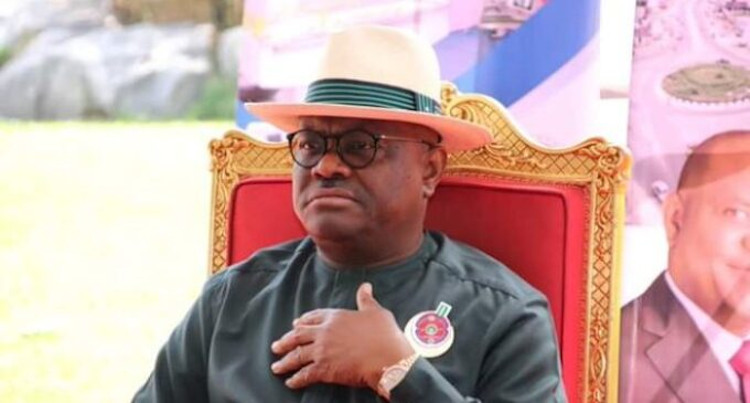 The Peoples Democratic Party (PDP) has alledged that the hotel that the Governor of Rivers State, Nyesom Wike hotel where is lodging in Benin City, Edo State, has been surrounded by over 300 policemen.

Brandnewsday gathers that the allegation was made known by the Rivers State party chairman, Akawor Desmond.

Wike was appointed the Chairman of the PDP National Campaign Council for the Edo Governorship election, standing in to regulates affairs of the party in the state, while monitoring the polls, against Governor Abdullahi Ganduje of Kano state filling the gap for the All Progressives Congress (APC).

In a posted on Governor Wike’s Twitter account on Friday evening which was credited to Desmond, he wrote: “The Hotel where the Governor of Rivers State, Nyesom Wike is lodging while on official assignment in Benin, Edo State has been held siege by over 300 Policemen.

Reading further, it stated that: “And in a breach of the pledge, they made security agencies have decided to harass and intimidate Governor Wike who has not done any wrong.

“Rivers People Warn that we Shall hold the IGP responsible for anything that happens to our Governor.”