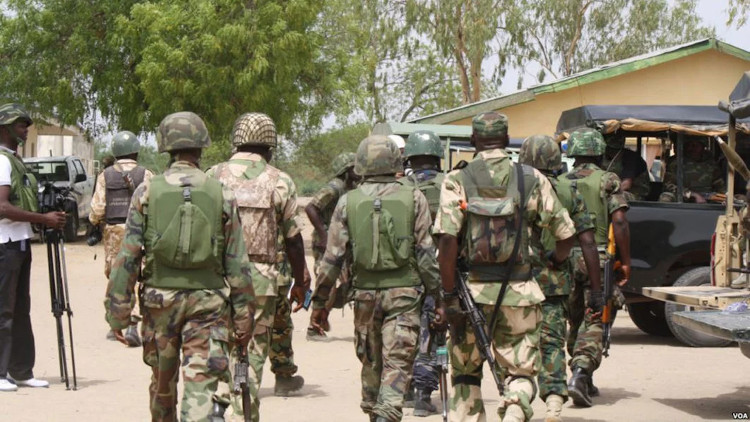 The People’s Democratic Party (PDP) has fingered the Nigerian Army of intervention in the ongoing Edo State governorship election.

Brandnewsday gathers that the ruling party raised the alarm Saturday evening that some men of the Nigerian army are chasing party agents away from the collation centre.

Reacting to the development, the platform used in monitoring the election by the PDP, wrote via the popular micro-blogging platform, Twitter: “#EdoDecides2020-Men of the @HQNigerianArmy have taken over Sobe collation centre in Owan West LGA.

“They are chasing away party agents &observers from the collation centre. Nigerians should hold the @HQNigerianArmy responsible if anything happens to the results from Owan West LGA.”

Counting of votes is going on in some areas, while the results of some units are being declared.

Saraki urged the people of the state not to relax on vigilance.

“The on-going #EdoDecides2020 is getting to the crucial stages. I urge the good people of Edo State not to get carried away but to protect their votes”, the former Kwara Governor tweeted.

“The enthusiasm and patriotic conduct of the good people of Edo State must not be thwarted or subverted by any @inecnigeria official, either permanent or ad-hoc; or any security personnel, no matter the rank.

“Nigeria’s glory is more important than the huge ego of politicians. And so @inecnigeria and security officials must work to protect Nigeria’s image and not to satisfy the whims and caprices of some power-hungry politicians.”