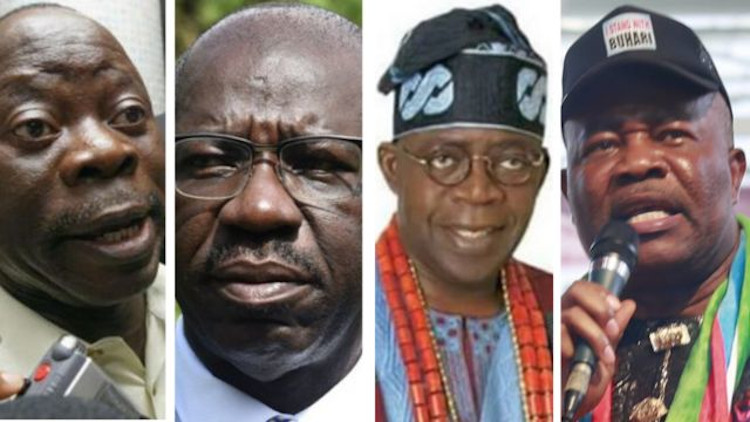 Edo 2020: Obaseki, Shaibu Should Step Down, Or Else…— Godwin Erhahon

A former Publicity Secretary of the Edo State chapter of the All Progressives Congress (APC), Godwin Erhahon has warned the State Governor, Godwin Obaseki not to waste his time or else he will experience the same fate of Uche Nwosu.

Erhahon made this known in a statement in Benin City on Wednesday, adding that Governor Obaseki, at the moment, possesses a counterfeit PDP governorship ticket, the governor obtained the APC nomination form, fill it and returned same, and even attended the party’s screening and was disqualified. Continue reading HERE.

Nigeria’s electoral umpire displayed the particulars at its office. The office situated at the former state secretariat of the PDP on Sapele Road in Benin, the state capital.