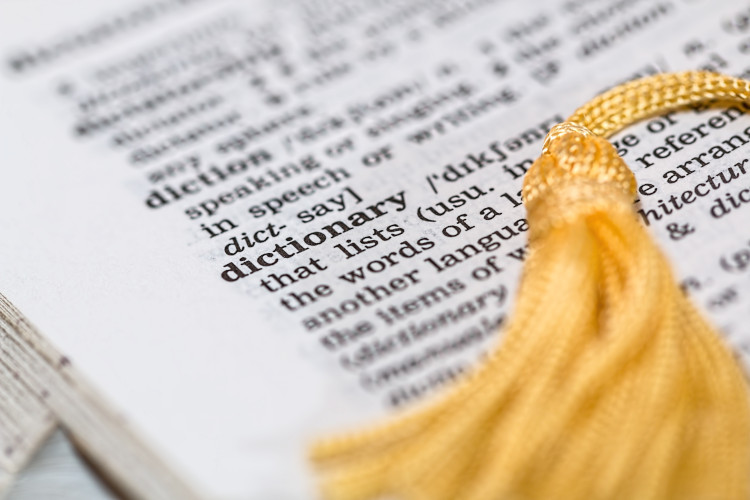 Language can be said to be the biggest human possession. It, for this reason, has a role in every aspect of human existence, including thought processes and presentations. This piece will shed light on what it means to argue and how language surfaces in different argumentation patterns.

For a start, it is important to note that an argument is not only an exchange (which is usually a heated or an angry one) of divergent or opposite views. An argument could also mean the act of giving reasons in support of an idea, an action or a theory. A term closely used with an argument is a fallacy. The word fallacy is sourced from the Latin word, fallor, which means an error in reasoning that leads to deception in one’s argument. When the reason(s) provided for a conclusion is/are faulty or erroneous, then such a conclusion is said to be fallacious. The subsequent parts of this piece will explore few logic-related fallacies and how these reflect in people’s linguistic choices, as well as language-related fallacies.

First off, argumentum ad baculum, which is also known as swinging the big stick, occurs when one applies force or intimidation to get others to obey one or accept one’s opinions. This fallacy results in differences, commotion and even a threat of war at the international level. The fallacy comes to play when rational arguments have failed.

Expressions that convey this fallacy usually mar relationships, and they include:
If I am the head of this family, that is what we are going to do.
When I return and you are not in this house, you will be dead.
In the first sentence, the application of reasoning will show that having one’s decision upheld because one is the head of a family suggests force than reason. This is, therefore, a speaking manner to be avoided by anyone who is mindful of his or her dignity.

Another form of fallacy is argumentum ad hominem, which is also called the smear technique. It is in use when a person attacks other people’s personalities or situations, instead of focusing on the proposition. If you like to remind people that you are not their mate, or that you are too knowledgeable to argue with them, then you commit the fallacy of the smear technique. This is because age is not a tenable or logical reason for any conclusion. This fallacy is most times, an indication of low self-esteem or an inferiority complex. Two more fallacies to mention in the category of logic are argumentum ad misericordia and argumentum ad populum.

Argumentum ad misericordia is often used deliberately by people to sway others to a particular line of thought by appealing to the latter’s emotions of pity and sympathy. It is usually deployed to achieve a favourable conclusion or a desired course of action. This fallacy can be exemplified with expressions such as:
He had no shoes while growing up; he should make a good leader.
He had only two houses as a former president; he will make a good leader.
These statements have served as appeal strategies in time past in the Nigerian polity. Such expressions are deployed to attract support without presenting concrete plans. Such a fallacy must be avoided by anyone who is mindful of his or her integrity.

Argumentum ad populum is also referred to as the snob appeal or appeal to the people. In this fallacy, people or numbers are made to stand in place of reason. Some sentences exemplifying this fallacy are:
This is the people’s party.
Successful people patronise our product.
One tends to ask if the other party or parties are for animals, or if the other products are for the failed people. In all, it should be noted that anyone who wishes to use language with sincerity, openness and fairness has to avoid this fallacy.

At the level of language-related fallacy, this piece will discuss ambipolar and figura dictions. Ambipholy is caused by ambiguity in sentence constructions, which results in an unclear proposition. This happens when words are not properly selected, thereby resulting in multiple interpretations or loss of meanings. An example is a sentence, ‘Women are weak’. One wonders if, by this, the writer means being physically or emotionally or sexually or professionally weak. It can also be asked if all women are weak. Such a language error is considered a fallacy. Figura dictions, also called figures of speech, can likewise be a source of fallacy. They create confusions deriving from words that are deemed to be similar in sound structures. Examples of such words in pairs are illicit-elicit, eligible-illegible, accent-assent and whatnot. In fact, an undergraduate student once lost out on a scholarship for confusing the criterion of being indigent with that of being an indigene. It is pertinent to pay attention to the articulation and meaning of words.

In summary, since language clothes our thoughts, this piece has established the link between argumentation patterns and language use. Language is, therefore, the torch with which speakers and writers can evaluate and critique their thought processes.