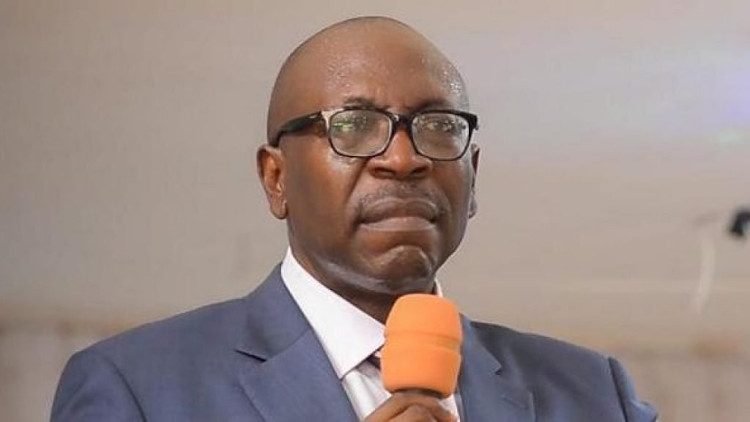 Pastor Osagie Ize-Iyamu, candidate of the All Progressives Congress (APC) in the Edo Governorship election, has disclosed that the state governor, Godwin Obaseki is using state fun to promote violence and thuggery.

Ize-Iyamu who assured the people of Edo State that his clarity of purpose and hunger for service will transform the crumbling neglected infrastructure across the 18 Local Government Areas of the State.

Brandnewsday reports that the APC candidate made this known through his Director of Communication and Media, John Mayaki in Benin City, adding that some individuals have misattributed his consistent ambition as desperation. He, however, said he is driven desire to reposition and restructure Edo state with carefully thought-out policies and programs encapsulated in his SIMPLE agenda.

According to him, ‘It’s sad and regrettable that my clarity of purpose is what shortsighted minds call desperation; it’s really a definite statement of ambition.”

Pastor Ize-Iyamu said: “It is true that the call for Pastor Osagie Ize-Iyamu as governor of Edo state is becoming clearer and louder he’s humbled by the people’s support and belief in him. The desire to reposition and restructure Edo state is now the project of all Edolits, which is the people’s project.

“The Simple Agenda—A Manifesto of Hope was there in 2016, coming into being as the comprehensive collection of politically applicable principles, clauses, and initiatives gained from long years in active political service.

“A newer and updated version appears, coming to accommodate the needs of the time and to iron out a life ruffled by the bad attitudes of the Obaseki leadership.

“The updated manifesto reflects the pains and desires of the vast majority of Edo people whom Pastor Osagie Ize-Iyamu interacted with in consonance with his belief in people-centred governance and leadership.”

Speaking on Governor Obaseki’s style of leadership, Pastor  Ize-Iyamu said: “Unfortunately, these are traits missing in Edo leadership as presently constituted where the scarce resources rather being used for the betterment of its citizens, are channelled to promote violence and thuggery, victimization and plunder.”