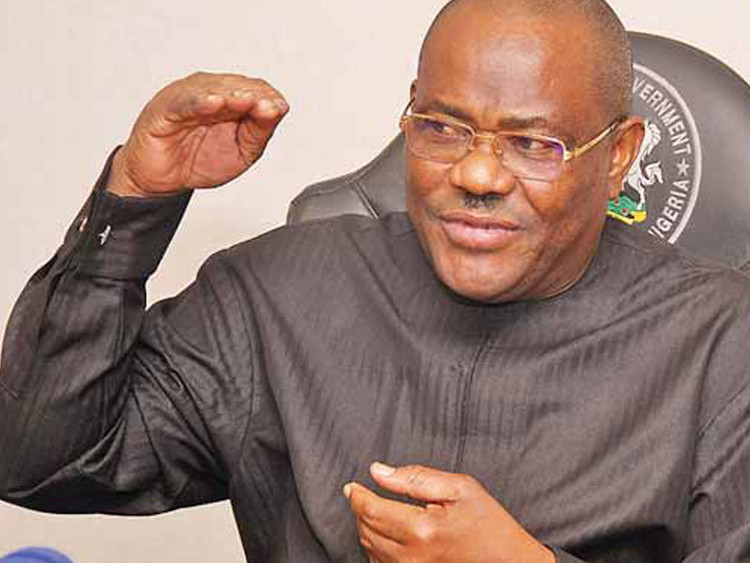 Brand News Day Nigeria reports that Governor Wike made this known while giving his keynote address at the South-South zonal public hearing on the review of the existing revenue allocation, adding that the FG should dismiss the existing sharing formula in order to enable them to meet current realities.

The existing sharing formula is “an outcome of the military fiat as far back as 1992” which is no longer tenable after 22 years of democratic rule, according to him.

The event was organised by the Revenue Mobilisation, Allocation and Fiscal Commission (RMAFC) in Port Harcourt. Mr Wike was represented by his deputy Ipalibo Banigo.

Governor Wike reiterated that the federal government was overburdened and overloaded and could not efficiently deliver a federal system as envisaged.

Mr Wike, who earlier received Elias Mbam, the chairman of the commission, in his office during a courtesy call, urged the commission to reduce the federal government allocation to 40 per cent.

He also called for an increase to the states to 40 per cent as well as the local governments to 20 per cent.

“In that way, most of the responsibilities that belong to the federal government will now be taken away and given to the states,’’ he said.

RMAFC boss, Mr Mbam, said that the commission embarked on the process of reviewing the existing vertical revenue allocation formula due to the constitutional provision.

Mr Mbam explained that Paragraph 32 (b), Part 1 of the Third Schedule to the 1999 Constitution as amended empowered the commission to review from time to time the revenue allocation formulae and principles in operation.

He said that such a review was to ensure conformity with the changing realities.

He said that the schedule provided that any revenue formula accepted by an act of the National Assembly should remain in force for not less than five years from the date of commencement of the act.

According to him, since the last review of the revenue allocation formula in 1992, a lot of socio-economic and political changes have taken place.

“Therefore, the review has become necessary in order to reflect the changing realities,’’ the chairman said.

He said that already the commission had placed advertisements in print and electronic media, calling for memoranda from the stakeholders in order to achieve its objective.

Mr Mbam, however, assured that the commission would take serious consideration to all views and recommendations that would emanate from the public hearing.