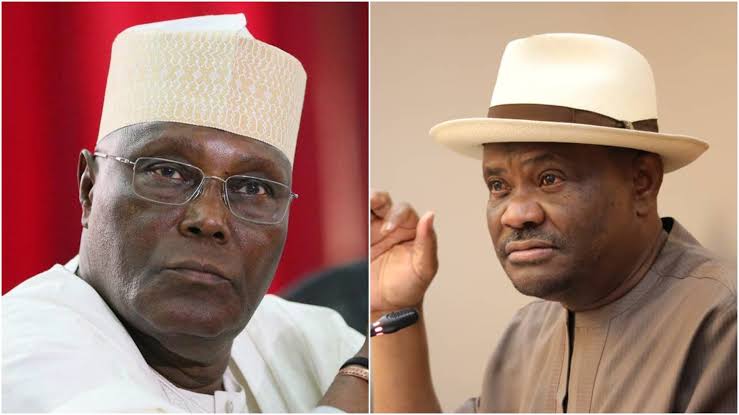 Alhaji Sule Lamido, a former governor of Jigawa state and current PDP leader, has referred to the Governor of River State Nyesom Wike, as “the naturer heir” to the president after Atiku Abubakar, the party’s candidate for the 2023 election.

BrandNewsDay Nigeria reports that Lamido referred to the governor as a leader who has etched his name in glory considering his performance as the head of the oil-rich state while also describing him as a key member of the PDP.

In an exclusive chat, Lamido said that the party must save the governor of the Rivers state. Lamido attributed the current issues Wike has been having to unknown members of the governor’s inner circle.

Wike is one of the best materials and a priceless asset for the PDP, he declared.

“Expectations were raised before the primary election, but some of them were not realized. Thus, it is normal for someone to respond. That makes sense to me.

“The PDP has benefited greatly from Governor Wike’s strong leadership, success as governor of his own state, and strong support of the party. But once more, the PDP created him. He is someone we need to create.”

According to the former Foreign Affairs Minister, whatever support Wike gives to PDP today is the party’s right, adding that “it is the party that made him” and not the other way round.

He continued: “Whatever support he is giving to PDP is PDP’s right because a son does not say ‘I am doing this for my father.’ The party that made him is like a father.”

Brandnewsday recalls that a former governor of Niger State, Babangida Aliyu recently said that Wike lost the Vice Presidential nomination to Delta state governor, Ifeanyi Okowa because of the former’s penchant for talking too much. But for Lamido, Wike is right to be angry, insisting however that he must give peace a chance in the overall interest of the party.

“He is right to be angry for having not achieved his own personal interest or ambition but again that is what leadership entails. He is a party man and the party is not his enemy. The party is his home, his own group, his own support and therefore whatever might have been his failure of him to achieve his interest, should not be taken too seriously at a personal level.

“Wike is now like a boiling pot. There is so much anger in him because people around him will not allow him to see clearly. People around him who he thinks are his own friends are his biggest enemies. It is a fact and he will see it later on and that is why they are putting more logs under the fire. By now they should be withdrawing all the logs under the fire, to allow the pot to cool down”.

Lamido further counselled Governor Wike to be wary of those around him, noting that none of them has the capacity to make him realize his ambition.

“There is no one single person in Nigeria today who can say he can run on the platform of PDP and win an election on his own, not even Atiku. It is the people of the PDP who will deliver such a person. Ask those around Wike, can they deliver their states to him? There are governors now using Wike but he is one of our best materials for the future.

“To me, we need to make sure that we assist him to calm down and stop him from spilling over with anger because the pot is literally messing up its body by this unnecessary heat.

”At the right time, he will see the wisdom in what I am saying because we are all former governors. We know what we were in office and we know what we are out of office,” he added.