Redefining The Role Of UPU For The Urhobo People - Mike Owhoko, PhD 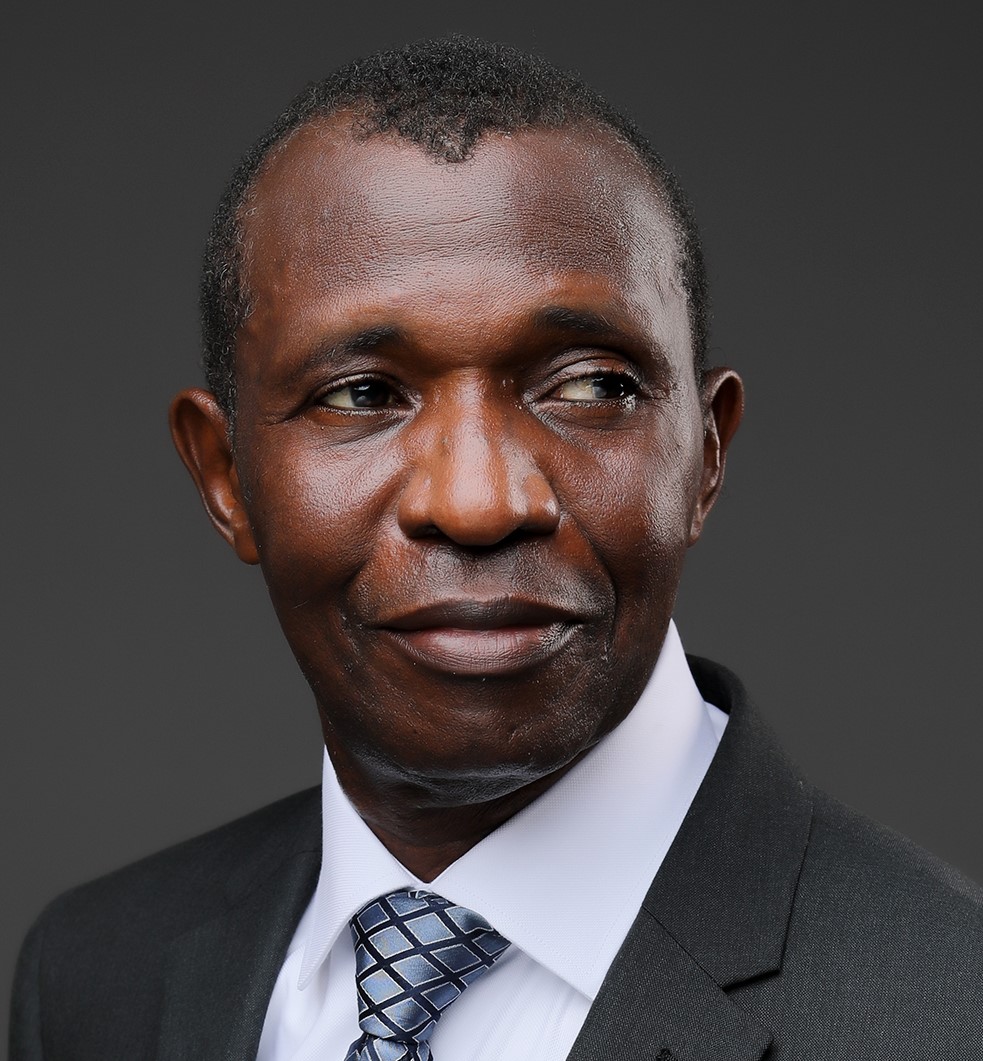 As Nigerians file out to elect a new president on February 25, it is imperative to remind the electorate that a country’s future and destiny are shaped by the choice of personality they elect as president. Entrusting a country’s leadership and resources to someone with impaired vision and dubious national disposition will be a tragedy.

In context, the Nigerian President is one of the most powerful in the world given the scope of responsibilities and powers as enshrined in the 1999 Constitution. With 68 items on the Exclusive list and, mere 12 items on the Concurrent list of the constitution, the destiny and future of Nigerians are in the hands of one man – the president.

Since man is a product of his thought process, the president’s style of administration will be conditioned by his character. This means that the well-being of citizens, prosperity and wheels of development of Nigeria are contingent upon the demeanour and capacity of the president.

A president with integrity and a clear national vision devoid of materialism and ethnic prejudice can change a country as we saw in Singapore under Lee Kuan Yew. The choice of Nigerian voters should be premised on this standard. Nigeria cannot afford to entrust its leadership and resources to a colourless personality to determine its destiny.

Nigeria requires a president that is capable of steering the country away from tragedy to optimism. Prosperous nations are not configured from heaven. They are products of the selflessness and commitment of those in leadership. Electing a person without vision, capacity, integrity and empathy as president, will amount to sacrificing the collective well-being of the people on the altar of incompetence.

Therefore, as you vote for the president of your choice, let Nigeria’s overall national interest guide your decision. Your personal survival depends on it. Do not allow ethnicity, religion, emotions and primordial sentiments to influence your choice. A wrong choice at this critical period of Nigeria’s democratic journey will mean further erosion of citizens’ dignity, both at home and abroad.

Incompetence, ethnic nationalism, nepotism and greed as evident in poor management of the economy, insecurity and corruption are factors that have kept the country prostrate. These elements are responsible for leadership failure, stunted growth, and poverty in the country. It is therefore critical to vote for a candidate with the requisite capacity to deliver on the aspirations of Nigerians. Failure to do this will mean no lessons have been learned from the current widespread hardship.

As a voter, ask yourself this honest question. Has your living condition in the last eight years improved or dipped? Without subterfuge, Nigeria has been on a downward swing in all critical facets of socioeconomic space. This is evident in the increasing number of those falling into the poverty bracket as reflected in the growing penury rate in Nigeria.

The 2022 Multidimensional Poverty Index survey carried out by the National Bureau of Statistics (NBS) together with its partners captured this vividly. According to the survey, 63% of persons living within Nigeria (133 million people) are multidimensionally poor, out of which 65% of the poor (86 million people) live in the North, while 35% (nearly 47 million) live in the South.

The poor Nigerians under reference here are not politicians but the majority of the voting public. Unfortunately, hope that Nigeria will get out of this mess soon had been dashed by President Muhammadu Buhari when he asserted that he had done his best for the country, even in the face of a growing debt profile, inflation, unemployment, corruption, insecurity and capital flight. This is the mirror image of the country’s leadership capacity.

When this is juxtaposed with a recent report by the Debt Management Office on the nation’s debt, then Nigeria is in big trouble. The Debt Management Office (DMO) stated in December 2022 that Nigeria’s public debt had reached N44.6 trillion. When viewed against the backdrop of Nigeria’s revenue-to-debt service ratio, which The Economist Intelligence Unit described as the worst in the world, it means that Nigeria is in crisis. With a high debt-service ratio and dwindling revenue, the provision of infrastructure is relegated, compounding the woes of Nigerians.

Voters should therefore not repeat the mistake of the past. Those who voted in previous elections based on ethnic and religious lines had no inkling that their fortunes will plummet. Today, many of those voters have been humbled by the poor performance of the economy as depicted by the misery index, particularly inflation which has eaten deep into their pockets. They have become victims of their own decision.

Obviously, the wrong choice of candidates has been unhelpful to the future of this country. Check your conscience and reflect on the number of Nigerians that have lost their lives in the last eight years, either through insecurity or poor management of the economy or suicide. Also, think about the number of businesses that have closed shop, or the growing band of single parenthood resulting from broken marriages. All these have their roots in the poor handling of the nation’s economy.

As part of the consequence, there has been a mass exodus from Nigeria. Voters must note that to “japa” or flee abroad is no solution. Of all those leaving or escaping from the country to seek greener pastures overseas, only less than five percent achieve their aspirations. Over 90 percent of these Nigerians struggle to make ends meet, regretting the decision to relocate.

On one of my trips to London a few years back, I went to Kaycee’s Bar, a popular Nigerian joint in Holloway, where Nigerians hang out, out and where sometimes, Nigeria’s independence celebrations were held. While there, I met two Nigerians at the underground disco section. They begged for money, saying they were trapped and would like to return to Nigeria. I was touched and parted with a few pounds as support. This is just one of the tales and ugly experiences of Nigerians abroad.

Ironically, while the majority of Nigerians are reeling in the excruciating effect of poverty, the president, governors and other elected officials are swimming in affluence with high-quality life made possible by manipulative access to the public treasury, despite managing the economy aground. Politics in Nigeria is the surest way to break out of poverty.

Voters should know that the president and governors do not spend their salaries while in office. Their bills are borne by the government, including feeding at the government’s expense. Even members of their extended families are relocated to the Villa or government house to enjoy these privileges. This cannot happen in advanced democracies. Yet, in midst of this, the average Nigerian toil day and night to stay afloat.

At the last World Cup in Qatar, the President of Liberia, George Weah, watched his son, Timothy, star for the United States of America. It is most unlikely a Nigerian President will allow his son to play football games for fear of injuries. He will rather make his son a billionaire through the award of indirect contracts or presidential favours.

The underpinning motive of politicians is not to serve but to acquire the power to accumulate wealth. Without empathy, they multiply poverty through fiscal indiscipline and extravagance while fraudulently feeding fat on the nation’s resources. This is why voters must liberate themselves from this hopeless life of poverty and frustration caused by leadership greed and bankruptcy.

With 48 million youths out of a total of 93.5 million eligible voters, coupled with the poor, credible leaders can be elected, but politicians exploit their vulnerability, using ethnicity, religion and handouts as inducements to manipulate them. Voters should be reminded that these office seekers would move on to oil their profligate lifestyles, leaving the electorate to suffer the consequences of their choice.

Nigeria has the resources to pull the country out of poverty but leaders are indifferent. As long as they can access good healthcare and send their children abroad for quality education, they don’t care about the masses who are left to contend with low-quality education, poor healthcare system, erratic electricity and bad road network.

If the resources of the country are effectively harnessed and deployed, particularly in a restructured political system which is best suitable for a plural society like Nigeria, the country will quickly recover from current economic woes. But leaders with entrenched interests are opposed to this arrangement, preferring the status quo, for selfish reasons.

Voters must therefore rise in unison and vote out ethnic bigots and visionless persons without integrity and capacity as president, failing which, they have no other persons to blame but themselves. February 25, 2023, has provided another opportunity, so, be resolute and courageous. Vote conscientiously to reconstruct and reshape Nigeria in order to restore its corroded dignity.

Dr. Mike Owhoko, Lagos-based journalist and author, can be reached at www.mikeowhoko.com.