2023: I'll Never Back Down My Support For Tinubu, Says Fani-Kayode
Advertisement 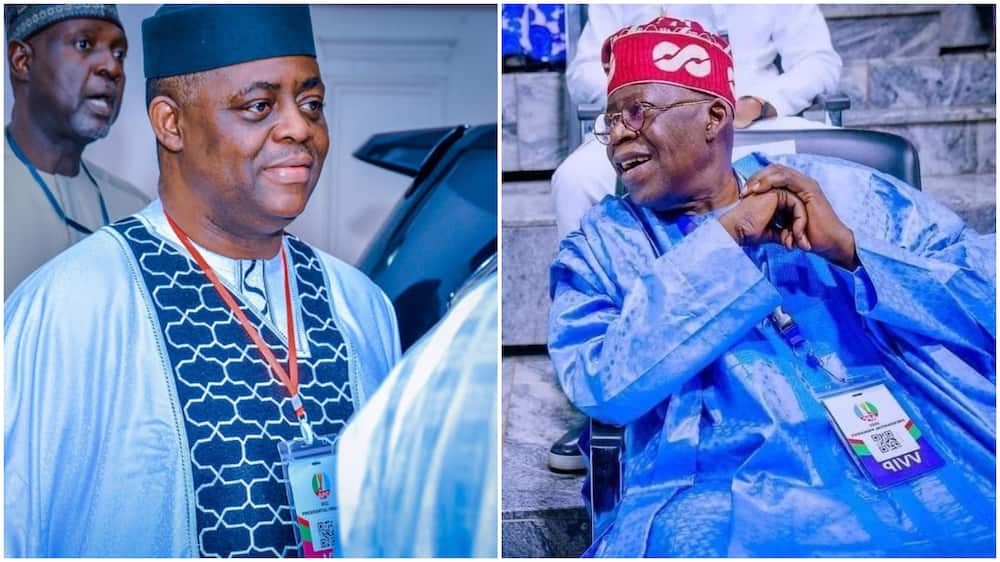 Femi Fani Kayode, the former Minister of Aviation and a key leader of the ruling All Progressives Congress (APC), has stated that he will do all possible to assist Asiwaju Bola Tinubu, the party’s presidential candidate, in gaining support.

“I will back them with every fiber of my being, It is as simple as that. I make my choices and you can make yours after which we meet in the field,” he declared.

Fani-Kayode, who made the claim in a series of tweets via his verified Twitter account, stated that he will not abandon his support for Tinubu.

“For people who believe I should not support Jagaban today just because of what I said about him in the past, I say grow up and listen to me out,” the former Minister stated.

“Do you really think I’m going to abandon my party just because he’s our flag bearer?” Do you want me to keep my hands folded, remain silent, and say nothing while you try to humiliate him and our party and prevent us from gaining control at the center? That’s how politics works, right?

“Be assured that, despite your hostile disposition, we will continue to try our utmost to assist you and provide you with a better quality of life,” he stated. That is why we are in politics, and it is always done by civilized people, serious politicians, and real men.

“We pity and forgive the weak and undeserving, and we open our arms and show forgiveness even to those who are cruel when they see the light.” The story comes to a close. Have a wonderful day! (FFK),” he continued.

He further said, “This much I assure you because I do not shy away from such things especially when it comes to matters touching and concerning my faith. However if they field a Muslim/Christian ticket or a Muslim/Muslim ticket.”

According to the APC chieftain, a Muslim Vice President that is reasonable, moderate and trustworthy will protect the Christians and national interest.

“I don’t care what choices you make so why should you care about mine? In any case if I am so inconsequential why should it bother you who I support & why do you keep coming to my wall & commenting on my opinions?

“Why should I continue to be an integral part of your strange complicated little universe? Am I the only fmr Minister or former public office holder in politics? I left public office in 2007, which is 15 years ago, yet you still wait on every word I utter and watch everything I do and say. You want to know what I wear, what I eat,” he added.