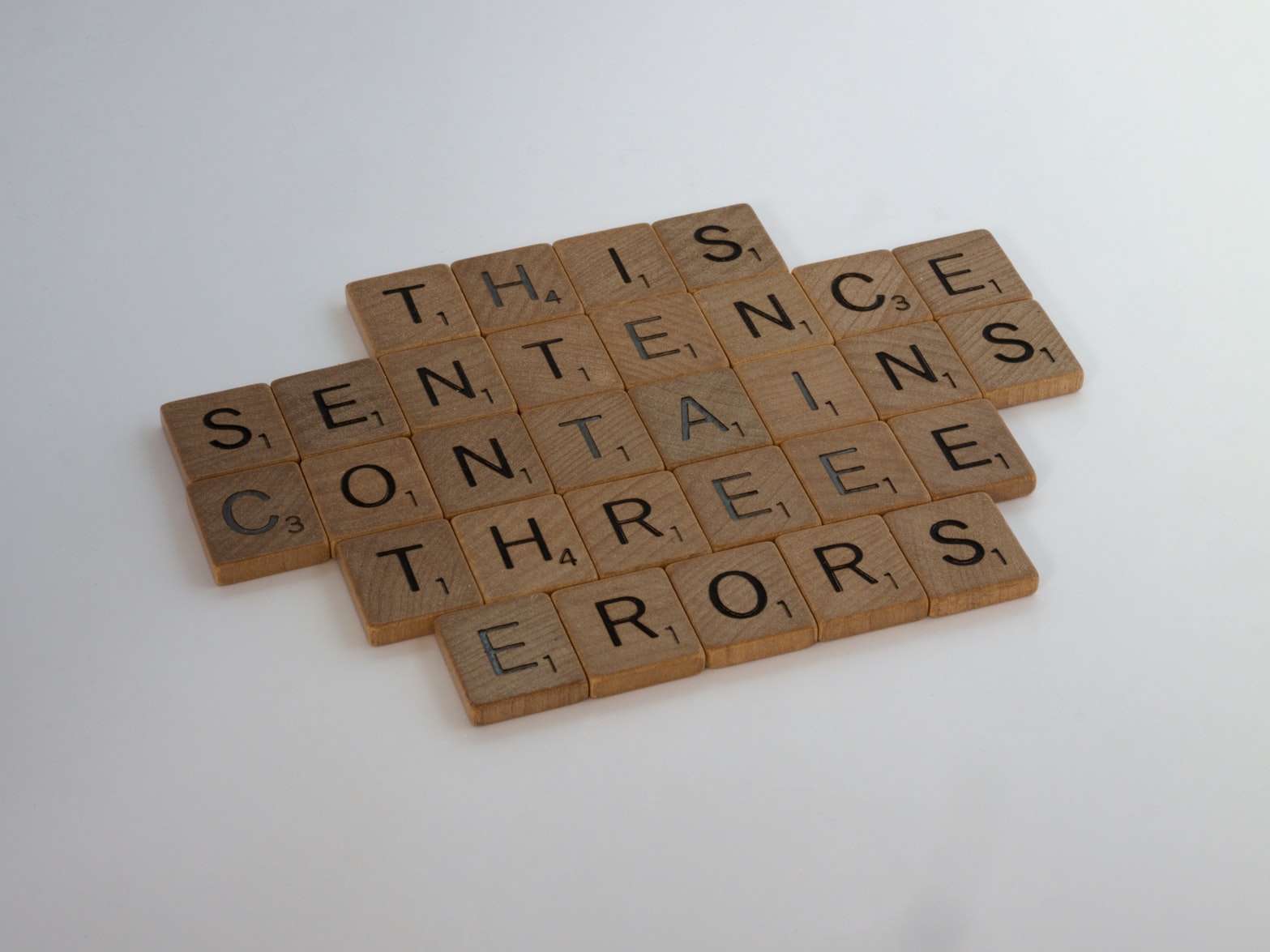 Errors Or Mistakes: Setting The Boundary

Many a time (not ‘many at times’), when you call the attention of second-language speakers of English to the grammatical faults in their speeches or writings, they are quick to inform you that such incongruities are mistakes.

The word, ‘mistake’, appears like a comfortable abode to hide when we goof in our use of the English language. Have you ever heard anyone openly declare that s/he has made an error? It is not a word we want to associate ourselves with. But, as often as not, when we claim to have made a mistake, the chances are that we have committed an error. On the strength of this submission, how can one ascertain the discernible difference between an error and a mistake?

First things first, every language embodies its grammar. Grammar can be defined as the rules that guide the appropriate usage of a language. When we use a language in conformity with its established rules, we say our utterances or sentences are grammatical. Conversely, when we do not adhere to the rules of usage, we generate ungrammatical expressions or sentences. Although grammaticality does not always result in the acceptability or meaningfulness of utterances, the knowledge of how words are pieced together to generate permissible utterances is a prerequisite for communicative proficiency, whether this is intuitively acquired or it is gained through the fastidious mastery of rules.

Misrepresentations that are born out of (not ‘borne out of’) improper or inadequate mastery of a language are adjudged to be ERRORS—not mistakes. For specifics, an error is a deviation in learner language, which results from a lack of knowledge of the correct rule. As a corollary to the foregoing, consider the ensuing statements:

READ >>  The English Language And The Business World

3) Either the boys or the girl are coming today.

4) Your conducts or misconducts can make or break you.

5) It is very critical to learn the fundamentals and nuances of Standard English.

6) Though Brenda has jilted you, there are many fishes in the ocean.

8) Guess what! Gbenga has gained admission into university!

10) Zainab is an embodiment of passion, diligence and grit.

12) We have sang this song several times.

The aforementioned statements are clear cases of errors because they exhibit the speaker’s or writer’s incompetence at the level of sentence formation. While the first three sentences reflect a flawed understanding of the grammatical phenomenon called ‘concord’, example sentence four depicts the misapplication of mass or uncountable nouns (conduct and misconduct). Furthermore, the fifth statement reveals a misrepresentation of a non-gradable adjective (critical), while the sixth sentence portrays an incorrect usage of an idiomatic expression. Concerning sentence seven, an intransitive verb (a verb that does not attract a direct object) was improperly deployed, just as a prepositional error was detected in the eighth statement.

Errors Or Mistakes: Setting The Boundary 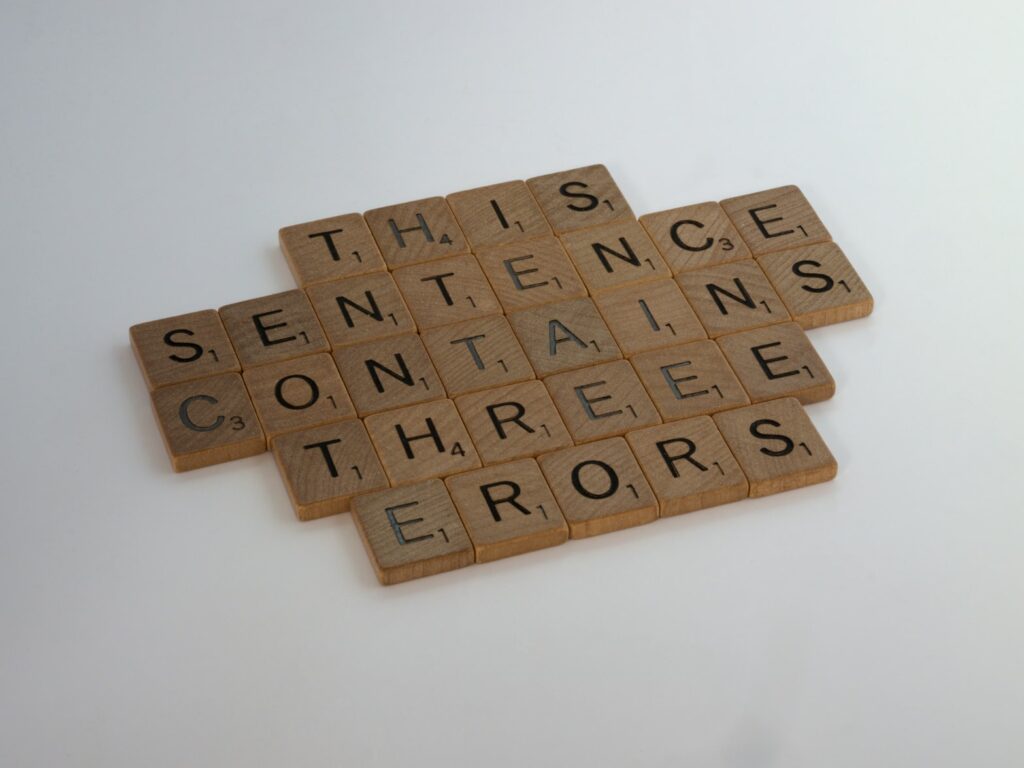 Again, the ninth sentence structure did not correctly reflect the mechanics of the present subjunctive mood, while the incorrect article was deployed in sentence ten. Meanwhile, the grammatical eyesores of overkill (tautology) and inappropriate verb tense are inherent in sentences eleven and twelve, respectively. In view of these prudent disclosures, the aforementioned sentences have their grammatical forms as:
1) I sing.

3) Either the boys or the girl is coming today.

4) Your conduct or misconduct can make or break you.

5) It is really/absolutely critical to learn the fundamentals and nuances of Standard English.

6) Though Brenda has jilted you, there are plenty more fish in the sea.

7) I arrived in Ghana yesterday.

8) Guess what! Gbenga has gained admission to university!

10) Zainab is the embodiment of passion, diligence and grit (take note that we also say, ‘the epitome’, ‘the personification’, ‘the quintessence’ and ‘the archetype’).

12) We have sung this song several times.

Mistakes, on the other hand, are deviations in learner language that occurs when learners fail to perform their competence. In effect, a speaker who makes a mistake has a mastery of the language but goofs in using the language, usually due to psychological factors such as anxiety, fear, complacency and so forth. Mistakes reflect processing problems, not mastery inadequacies. In computer-mediated and social media interactions, also, typographical issues can be regarded as mistakes. Put in concise perspective, therefore, an individual with an appreciable understanding of the language, who inadvertently spells ‘beneficent’ as ‘beneficient’ or unwittingly writes ‘lose’ as ‘loose’, has committed a mistake.

English, like all other languages, is systematic. This implies that it is rule-governed. Hence, users of the language must strive to painstakingly acquaint themselves with the rules that determine grammaticality. This can be achieved either through spontaneous acquisition, which is the native speakers’ case or through conscientious learning, which is the lot of the overwhelming majority of non-native speakers (including the anglophones in Nigeria).