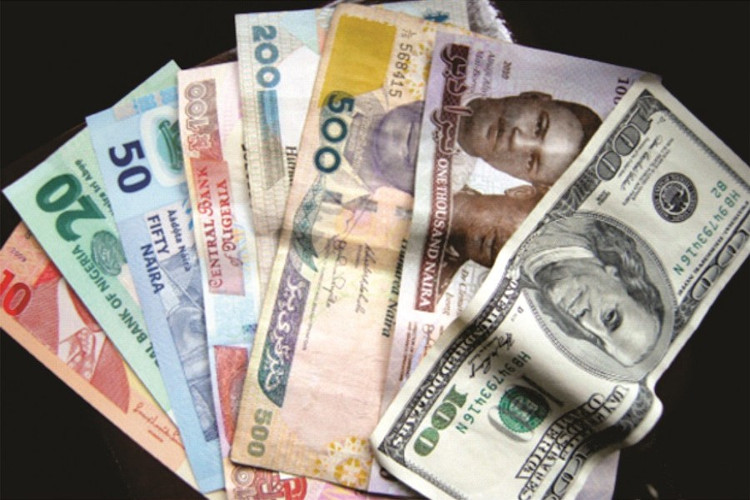 Foreign Exchange Rate (forex) increases by 78.7%, as the Naira exchange rate at the Nigerian Autonomous Foreign Exchange (NAFEX window) slumped against the US dollar closing at N394.67/$1.

Brandnewsday understands that the Naira exchange rate falls at the NAFEX window during intra-day trading on Wednesday, December 16, 2020.

In the heat of the forex saga, Nigeria’s external reserve suffered a setback, as it declines to $34.851 billion as at December 14, 2020, losing $838 million in about 6 weeks, as a corollary, the Naira depreciated marginally against the dollar, closing at N476/$1 at the black market (parallel market).

Consequently, the Nigeria External Reserve lost will reduce the Central Bank of Nigeria (CBN) role in interfering in the foreign exchange market.

Recall that the Nigerian government was granted a $1.5 billion loan by the World Bank, imperatively, this boost the country’s economy and its foreign exchange market.

Parallel market: According to information from Abokifx – a prominent FX tracking website, at the black market where forex is traded unofficially, the Naira remained stable against the dollar to close at N476/$1 on Wednesday.

This represents a N1 drop when compared to the N475/$1 that it exchanged for on Tuesday, December 15.

The local currency had strengthened by about 7.8% within one week in September at the black market, as the CBN introduced some measures targeted at exporters and importers.

However, the gains appear to have been completely erased with the recent crash of the exchange rate.
The CBN has sold over $1 billion to BDCs since they resumed forex sales on Monday, September 7, 2020.

Also, NAFEX: The Naira depreciated against the dollar at the Investors and Exporters (I&E) window on Wednesday, closing at N394.67/$1.