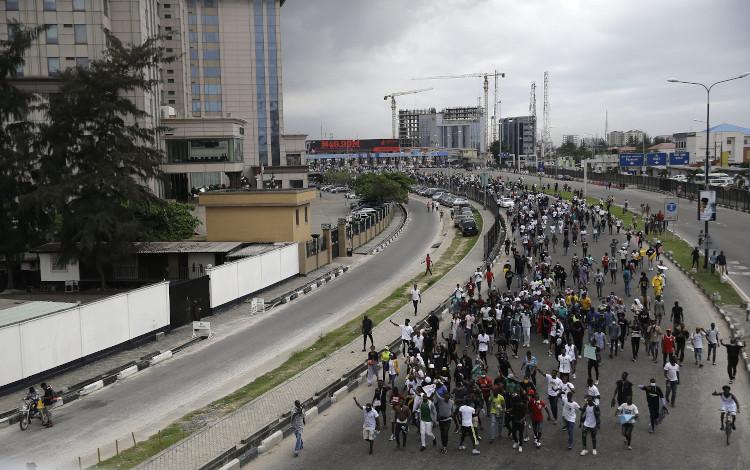 A Lagos State Fire and Rescue Service Engine Truck has been damaged by some unknown #ENDSARS and #ENDSWAT protesters on Tuesday at Alausa, Ikeja area of the State.

Reacting to the development, the Acting Head of the Agency, Mrs Margaret Adeseye while addressing journalists at the scene, expressed her disappointment at the unprovoked attack on the truck used daily to assist and support Lagosians in emergency situations.

Brandnewsday gathers that Adeseye disclosed that the fire engine truck was on its way from Salvation Street, Opebi, where it had been deployed to quell a fire incident in the morning, en route to another emergency call at 10, Thomas Adeboye Street, Olowoira in Ojodu, before it was attacked by some of the protesters. 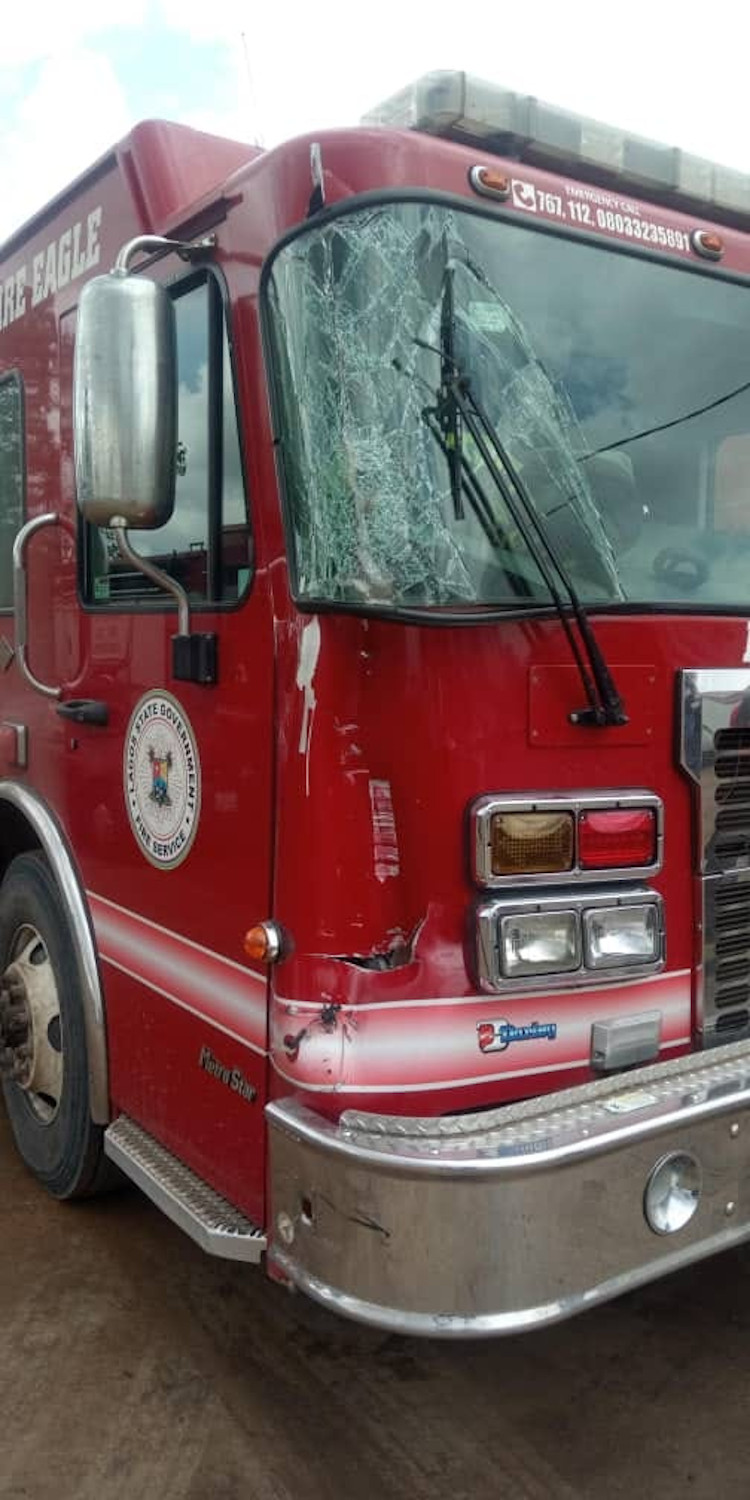 According to her, “The distress call to Olowoira was received at about 12.08hrs and the Alausa fire truck was en-route the scene from Opebi, where it had just concluded an operation before it was attacked and damaged by some protesters”.

While maintaining that the Fire Engine Truck was still able to attend to the occurrence at Olowoira despite the attack and damage by the protesters, Adeseye advised Lagosians to stop destroying government property since the cost will eventually be borne by the taxpayers in the State.