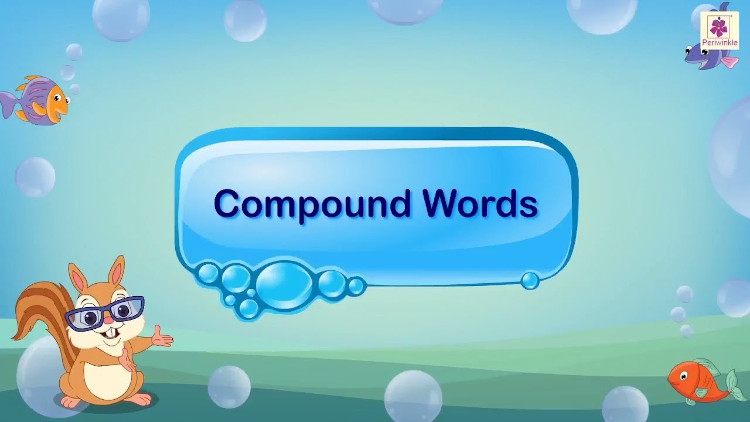 Compound words are lexical items that comprise two or more words. On that basis, there are primarily three categories of compound words; these are the hyphenated, the spaced and the single-word compounds.

By reason of the foregoing justification, this treatise will cast the spotlight on oft-misused examples that reflect the three categories of compounds, as well as their appropriate structures. Lastly, I shall expatiate upon some pairs of compound words which are capable of generating different meanings when written together or separated.

To begin with, the commonest of the misrepresented compound words in the category of those that should be separated is ‘a lot’. Many a person writes this as a single compound word, not least in informal writing. Following this, chances are you have noticed that another word in this category is ‘in fact’. This, like ‘in spite’, is often spelt incorrectly as a single word. Plausibly, this fallacy of deduction is born out of the similarity of the separated compound, ‘in spite’, and ‘despite’. Having borne this in mind, you should not be in the category of A LOT of people who, IN FACT, will continue to make mistakes in the spellings of these compound words, IN SPITE of the knowledge that this piece affords them. As a matter of fact, a diligent user of standard English must be willing to check the spelling of a new word every time. Do not gloss over the spelling of ‘every time’, which is another separated compound word often erroneously spelt as ‘everytime’ — the similitude to prominent single-word compounds such as ‘everyone’, ‘everything’ and ‘everywhere’.

Conversely, it is essential to note that some compounds are single words, although, for the most part, they are incorrectly separated by many users of English. First up in this classification is the pandemic that has devastated the world and upended everyday life: the coronavirus. This contagion is a single-word compound and should not be spelt as ‘corona virus’. Three other words in this class are townspeople, kinsfolk and clansmen. Observably, the plural forms of the first parts of the compounds usually mislead numerous people to write these words separately; thus, the erroneous spellings: ‘town people’, ‘clan people’ and ‘kin folk’. All of these words, which are used to refer to people of common descent, are single-word compounds.

Crucially, as well, it is noteworthy that the words ‘inasmuch’ and ‘insofar’ fall into the department of one-word compounds. On the same lines, these example sentences will suffice: ‘INASMUCH as (not “in as much”) you did not report your colleagues’ misconduct to the boss, you are complicit in the embezzlement of funds’. Furthermore, this is obtainable: ‘The three-day symposium was a resounding success, INSOFAR (not “in so far”) as it positively impacted no fewer than five hundred lives’.

As a corollary to the aforementioned disclosures, it is absolutely vital to use some compound formations with hyphens, particularly those that are not in the category of regular compounds. Such hyphenated compounds are indicative of the fact that they encompass combined meanings.

Instructively, these compound formations merge nouns and adjectives that qualify other nouns (accident-prone, sugar-free, carbon-neutral and whatnot), nouns and participles (computer-aided, power-driven, muddle-headed, heart-rending and problem-solving, among others), as well as adjectives and participles (good-looking, right-thinking, forward-looking, bad-tempered and so on). The hyphen should be infused into such compound words with clockwork accuracy.

Last but not least, some compound words are capable of generating different meanings when separated or written together. First up in this category is ‘everyday’ (a single-word adjective that is synonymous with ‘commonplace’, ‘habitual’ or ‘normal’) and ‘every day’(a two-word adverb that means ‘daily’ or ‘on a daily basis’). Given this distinction, we have: ‘I do not wear my EVERYDAY (adjective) clothes to work EVERY DAY (adverb)’. In furtherance of that, it is imperative to know that the single word, ‘maybe’ — the synonym of ‘perhaps’ — is an adverb that should not be mistaken for the phrasal verb, ‘may be’, which should be separated. As a result, ‘MAYBE (perhaps) you MAY BE (to indicate likelihood) chosen as the next representative in the not too distant future’.

More often than not, too, the indefinite pronouns ‘everyone’ and ‘every one’ are deployed arbitrarily by a thumping majority of people. To achieve clarification, ‘everyone’ is used to collectively refer to the people in a group, while ‘every one’ is applied in reference to each person in a group. On top of that, the latter pronoun can be succeeded by the preposition ‘of’, while the former cannot, as evidenced here: ‘I am much obliged to EVERYONE,’ or ‘I am much obliged to EVERY ONE of you’.

Next to this, the contracted negative phrasal verb, ‘cannot’, (the formal variant of ‘can’t’) should not be confused with the separated phrase, ‘can not’. The latter is conclusively used when can is weaved into an expression that readily contains ‘not’ (as in…NOT ONLY…BUT ALSO). Therefore, one could say: ‘This article CANNOT possibly include the entire examples that are related to the use of compound words’. On the other hand: ‘Samson CAN NOT only repair bicycles, but he can also fix automobiles’.

READ: With Or Without Articles?

Similarly, the pair of ‘anymore’ (the synonym of ‘any longer’ or ‘nowadays’) and ‘any more’ (an addition to something) is deserving of mention. To illustrate, ‘Since Stella does not take coffee ANYMORE, do you have ANY MORE tea for her?’ Besides, the onus is on you to cease using ‘make-up’ (a hyphenated compound noun) and ‘make up’ (a phrasal verb) interchangeably. On that evidence, ‘Owing to the fact that consideration is part of Shina’s MAKE-UP (the qualities that he exemplifies), he will conduct another test to MAKE UP (to compensate) for your absence last Friday’. In this category, also, is ‘over time’ (during a long period) and ‘overtime’ (the time spent in the workplace after the stipulated working duration), as instanced in the following statement: ‘OVER TIME, I have observed that members of staff have not been deprived of their OVERTIME earnings’.

Another pair that readily comes to mind consists of ‘breakdown’ and ‘break down’. Hence, ‘Whether we give a BREAKDOWN (noun) of our deeds, or we choose to BREAK DOWN (phrasal verb) all we have done, we shall leave this world to give accounts to our Maker SOMEDAY (or SOME DAY). Fascinatingly, ‘someday’ and ‘some day’ are examples of compounds that can be alternated. Likewise, when the adverbs ‘sometime’ and ‘some time’ denote an unspecified time in the past or future, they can be used arbitrarily. For instance, ‘SOMETIME/SOME TIME in 2019, I stumbled across Julius at the Ibadan University Zoo’.

In all of this, your inclination to consult standard dictionaries, whenever you are unsure of the orthographic realisation of any given compound word, will prevent you from committing avoidable spelling gaffes.