Lagos Warm Up To Empower 2,743 Farmers In Its Agriculture Program
Advertisement 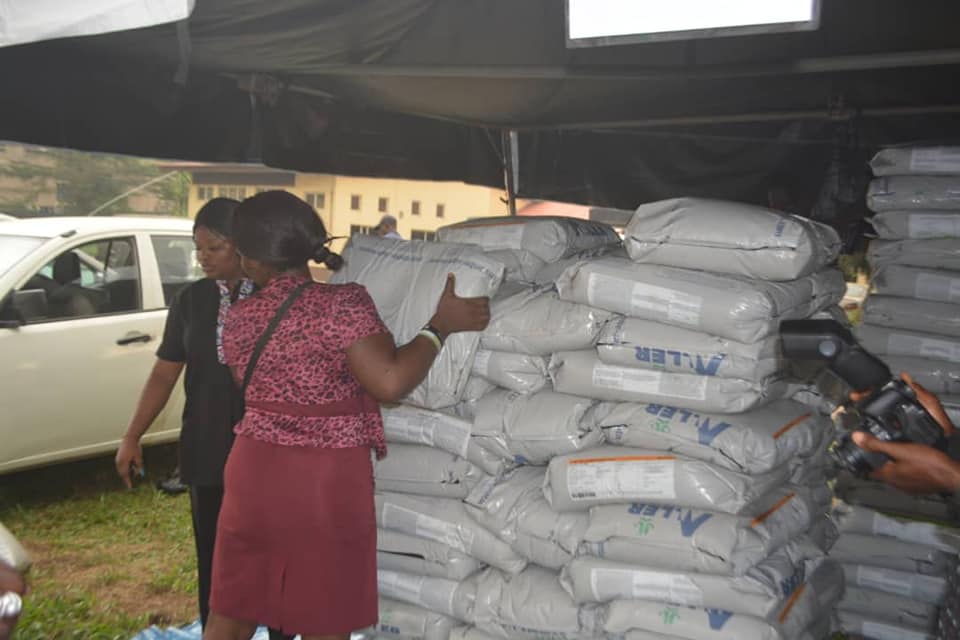 Lagos State Government has disclosed that 2,743 farmers in the state would next Tuesday receive inputs and productive assets under its Lagos 2020 Agricultural Value Chains Empowerment Program.

Brandnewsday reports that the state Acting Commissioner for Agriculture, Ms Abisola Olusanya, made this known on Tuesday in Lagos, adding that farmers, agro-processors, fishermen, butchers and marketers would all benefit from the empowerment programme as productive assets peculiar to all the agricultural value chains would be made available to them at no cost.

Olusanya noted that the aim of the empowerment programme was to provide the necessary inputs and assets needed by farmers to improve food production in the State in an effort targeted towards increasing the State’s self-sufficiency to 40% of food needs by 2023.

“The overall aim of the Agricultural Value Chains Empowerment Programme is to provide the necessary agricultural inputs and productive assets to farmers as a means of achieving improved food production and supply as well as delivering optimum economic benefits to farmers and other operators”, she averred.

The Acting Commissioner expressed hope that the Empowerment Programme would significantly improve the standard of living of farmers, fishermen, marketers, butchers, and agro-processors in the State through the expansion of their food production activities.

She pointed out that the Programme was targeted at farmers who would be the direct beneficiaries, as well as service providers, transporters, input manufacturers and suppliers within the system whose services would be required for the successful implementation of the project.

“The Empowerment Programme would further contribute to the achievement of the vision of ‘Making Lagos a 21st Century Economy’ and also the attainment of United Nations’ Sustainable Development Goals 1, 2, 5, 8, 10, 12, 13, 14, 15 and 17 of no poverty, zero hunger, gender equality, decent work and economic growth, reduced inequality, responsible consumption and production, climate action, life below water, life on land as well as partnership to achieve the goal would be met”, she asserted.

Olusanya noted that since the inception of the Empowerment Programme in 2014, a total of 11,233 farmers, fishermen, butchers, processors and marketers have been empowered, adding that as a result, food supply in Lagos has been raised from 18% in 2014 to 25% of total food demand in 2019.

According to her, only representatives of farmer’s Associations would receive the agricultural inputs on behalf of members of their Associations at the event in order to accommodate the physical distancing rule of the State Government.

“The implementation of this Programme, in view of the COVID-19 Pandemic and the social distancing regulations recommended by Government to control the spread of the disease, informed our decision to invite only representatives of farmers’ Associations to receive the agricultural inputs on behalf of members of their Associations at this event and thereafter input redemption by other beneficiaries will take place in three other centres at Agege, Ikorodu and Epe,” she added.