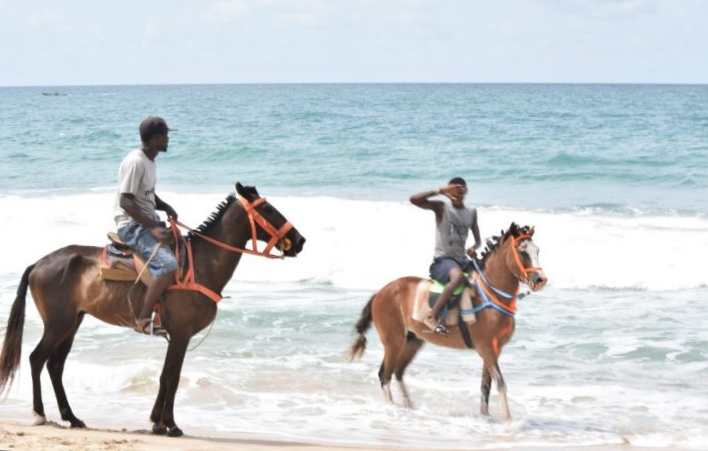 The management of Elegushi Beach in Lagos, has regret the drowning event that occurred at a stretch of the beach earlier on Tuesday, taking the lives of four teenagers.

BRANDNEWSDAY gathered that 10 secondary school graduates, between the ages of 14 and 15, celebrated their successful completion of the West African Senior School Examination by swimming at the beach.

They were said to be students of Kuramo Senior College in Lekki.

The students were not properly registered, according to a statement released on Tuesday by Chief Ayuba Elegushi, the spokesperson for the Elegushi Beach Management.

He mentioned that the incident occurred at an unattended, off-limits area of the beach.

He said, “We initially sent them away from the area of the beach they wanted to swim in. Then, they went to another place that was not for the public at all. It was the child of our kinsman, Abass, who took them from school to the beach and those kids followed him.

“They did not pay any gate fee to access the beach. Abass used the leverage that he was one of us to take them through another place.”

As the water swept them away, the victims are alleged to have shouted the alert.

Elegushi claimed that a few lifeguards dove into the ocean and rescued six students.

“Out of the six that were rescued, some escaped by the time we got there. We were able to arrest two of them and we took them to the Jakande Police Station.

“As of now, there are still four missing as our seamen have not been able to bring them out of the water. We have informed their parents and they have come to the police station.

“Abass is one of the missing kids. There is another boy we have not identified and two other girls,” he added.

According to the spokeswoman, the two boys who were detained claimed to the police that they were chased off the beach before sneaking into the restricted area to swim.

The incident was confirmed by Benjamin Hundeyin, the state police’s public relations officer, who also said that an inquiry was proceeding.

“The teens were from Kuramo Senior College, Lekki,” he stated. There are four of them missing. They consist of two male and two female. The recovery of their bodies is being worked on. The victims’ parents have not yet been contacted by us.

Saheed Adesanya, the Lagos State Waterways Authority’s spokesperson, promised to confirm the occurrence and get back to our correspondent.

At the time of filing this report, he hadn’t yet done so.