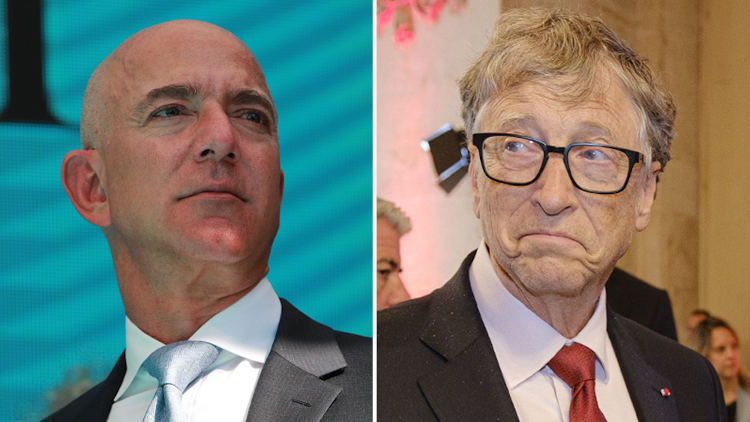 Jeff Bezos, CEO of Amazon has broken yet another record to become the richest man in the world, according to the Bloomberg Billionaires Index.

Amazon CEO has overridden the former wealthiest man, Bill Gates, the CEO of Microsoft Window, in the Bloomberg Billionaire ranking.

Brandnewsday reports that Bezos now has a fortune of US$171.6 billion, surpassing his previous high of $167.7 billion.

Recall that his previous record was set in 2018, before his divorce from wife Mackenzie Bezos.

The Richest Man in The World: Jeff Bezos

Interestingly, the highest of Bezo’s wealth was generated from Amazon, being the CEO owning roughly 57 million shares of the company.

Despite the global outbreak of COVID-19, Amazon has gained even more business in recent months, as a result of worldwide lockdowns and the growing demand for online shopping.

Meanwhile, following Bezos on Bloomberg’s ranking are Bill Gates (with a net worth of $115 billion), Bernard Arnault ($93 billion) and Mark Zuckerberg ($91.2 billion).