English As A Global Language: A New Case For Nigerian English
Advertisement

Listening As A Vital Communication Skill 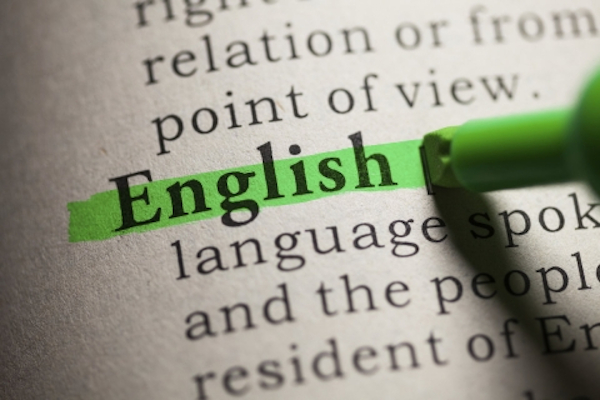 It is established beyond a shadow of a doubt that English is the most prestigious and geographically dispersed language in the world. Like a pair of shoes that would shine well if brushed, the English language has been “brushed” in different countries of the world where it functions as a second language and co-exists with other indigenous languages.

In such countries, the language is used to reflect the sociocultural realities of the people, and such cultural-cum-linguistic contact has made it impossible to have the English language in its original native form.

Fascinatingly, as characteristic of all languages, English does not even have a uniform portrayal among its diverse native speakers. This, of course, justifies the undeniable existence of Englishes, including Nigerian English.

This piece, therefore, sets out to make a case for Nigerian English through a presentation of its popular lexical items side by side with their equivalents or interpretations in British English, with a view to clamouring for a unified effort of codification through government support.

I will begin with a list of nouns which carry idiomatic and connotative meanings shared by virtually all adult Nigerians and which are unique to us as peoples of a sociopolitical entity. The first among these nouns and noun phrases is “big man.” While this may mean “a physically huge person” to non-Nigerians, it is understood by citizens of the country as a person with influence and affluence. The proposition in the expression “He is married to a big man” might not be explainable with its cultural details in any other way. For instance, the noun phrase “big man” is understood as slang among many Americans to mean “an unlawful wholesale dealer in narcotics,” as found in the  Merriam-Webster Dictionary.

Two other noun phrases in this category are “cash madam” and “bottom power.” Not found in any popular dictionary, cash madam refers to a rich, most likely, bossy woman. Bottom power is a highly ideological lexical item which is used to mean undue influence wielded by a woman through her sexual intercourse with one or more men. This phrase has a significant place in the political structure of Nigeria which is highly characterised by nepotism.

Finding an equivalent for it in British English is, therefore, an almost impossible search, given its sociopolitically peculiar use. Besides its many recoded meanings in dictionaries, the noun “stranger” is uniquely used to mean “an unwanted or unexpected guest” in the Nigerian context. If, for example, a boss says to his secretary that he doesn’t want to see any stranger, the Nigerian context of the word will include “known persons not given an appointment.”

Again, the sense of “market woman” in the expression “My mother is a market woman” leaves the Nigerian audience with a clearer meaning than saying “My mother is a trader.” While many dictionaries give the meaning of “long leg” as a fielding position on the leg side near the boundary almost directly behind the batter’s wicket in cricket, the noun phrase is an entrenched lexical item for nepotism in Nigeria. A customer is one who purchases goods or services, but a statistical record of its usage among Nigerians will reveal that the word is more commonly used to refer to a seller from whom a person prefers to buy things.

Having given these nominal and verbal examples of common Nigerian usages, I must mention that, until such expressions are accepted in examination situations and formal discourse, the formalist argument remains that such usages are non-standard expressions. It must also be mentioned that, by the time Nigerian English gets codified, the variety which will serve official and pedagogical purposes at that time, will also have its non-standard forms.

Standard and non-standard varieties will always be present in languages and dialects. All cases of interference or errors of usage will not naturally find their way into Nigerian English.

READ: The English Language And The Business World

Further, I make bold to say that many persons who clamour for Nigerian English today see it as an avenue to evade the knowledge of the rules of usage. It must be mentioned that when this variety becomes codified, it will definitely have its elitist form used for official and pedagogical purposes and will still sift errors, slang and whatnot out of its standard form, all of which may again be classified as natural ways of using language. Despite that language is a natural human phenomenon, any language or variety of language that will serve more functions must allow for codified rules of usage at all linguistic levels. I will round off this speech by calling on language experts to intensify efforts on the codification of Nigerian English and to seek backing for its formal usage.