The Car Is Tokunbo: Slang In Nigerian English
Advertisement 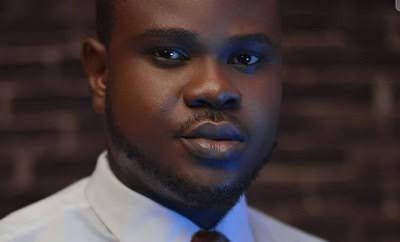 The Car Is Tokunbo: Slang In Nigerian English – No language survives without a growing lexicon. A lexicon is the repertoire of words in a particular language. In every society, language is the instrument for conveying worldviews, and this is achieved through lexical items.

People’s descriptive power is dependent on the lexicons of their languages or their own vocabulary. This is why Wilkins (1972) holds that without grammar, very little can be conveyed; without vocabulary, nothing can be conveyed.

Now that the world has become a global village, it is important for every language to widen its lexicon to capture global experiences. For instance, a renowned professor of linguistics at Lagos State University, Professor Harrison Adeniyi, attracted a grant to develop metalanguage for 21st-century needs in the three major Nigerian languages. The project aims at developing technical language for fields such as engineering, ICT, terrorism, et cetera.

RECOMMENDED: The English Language And The Business World

As a full-fledged variety of English, one of the ways to expand the lexicon of the variety to capture both permanent and instantaneous happenings is through slang expressions. The rest of this article will discuss what slang expressions are, some of their features and some common slang in Nigeria that can be incorporated into Nigerian English.

The Oxford Dictionary of English defines slang as a type of language consisting of words and phrases that are regarded as very informal, are more common in speech than writing, and are typically restricted to a particular context or group of people. It should be mentioned that slang is an uncountable noun, so it will be wrong to say “a slang” or “slangs.”

RECOMMENDED: English As A Global Language: A New Case For Nigerian English

That notwithstanding, you can say “a slang term/expression/word.” Slang is in the category of other instances of informal language such as cant, vernacular, dialect and accent, especially when these words are used as terms for the languages of ordinary people.

One common feature of slang expressions is that they are ephemeral. This means that they are time-restricted and easily fade away. Also, slang terms do not have precise structures. They range from being words to catchy phrases and, at other times, complete expressions. Slang helps to establish bonds, especially among young persons.

The Car Is Tokunbo: Slang In Nigerian English

Because slang expressions are not a formal language, they are mainly not accepted as standard forms and are seen as colloquial expressions. Nonetheless, a number of slang terms in Nigeria have stood the test of time and can be incorporated into the vocabulary of Nigerian English to capture the country’s realities. This piece will, therefore, present and discuss some of such slang words, as well as their sources, meanings and equivalents in formal English.

One common slang word in Nigeria is “tokunbo.” This word is often used to describe imported fairly-used products such as vehicles. The source of the word is Yoruba, and it is a name given to children who are born, usually after one or both parents return from a trip. This explains the sense in which imported products are called “tokunbo.” Another common one is the reference to a sexual act as fun.

While fun is anything pleasurable, enjoyable or entertaining, it does not specifically mean sexual intercourse in the sense that Nigerians say, “He had fun with her.” This is called semantic extension in sociolinguistics; a situation where the meaning of a word is extended. Also, we have “kola,” an alternative spelling for cola or cola nut. This is the seed of the cola tree, which contains caffeine and is chewed or made into a drink. Kola has the connotation of bribe in Nigeria. When a person demands kola, s/he asks to be bribed before doing what is expected of him/her. A synonymous slang word for kola is a settlement.

While these examples are slang words, there are also common expressions that are popular slang in Nigeria. Common among the consolidated slang in Nigeria is the godfather.

According to the Oxford Dictionary of English, the word means a man who presents a child at baptism and promises to take responsibility for their religious education, while it is understood in Nigeria as a political benefactor to whom a politician is usually blindly loyal. “Long leg” is another expression used to refer to a usually undue influence that a person enjoys among important people. A person described as “a son of the soil” is an indigene of a place in Nigeria. Lastly, if a thing is done based on “man-know-man,” it means such a thing is done by leveraging a personal relationship.

In conclusion, slang comprises informal expressions deployed by people to bond. The slang terms that have stood the test of time and spread across different parts of the country can be incorporated into the lexicon of Nigerian English in the standardisation and codification processes.