Appraise Or Apprise: Verbs With Similar Forms In English
Advertisement 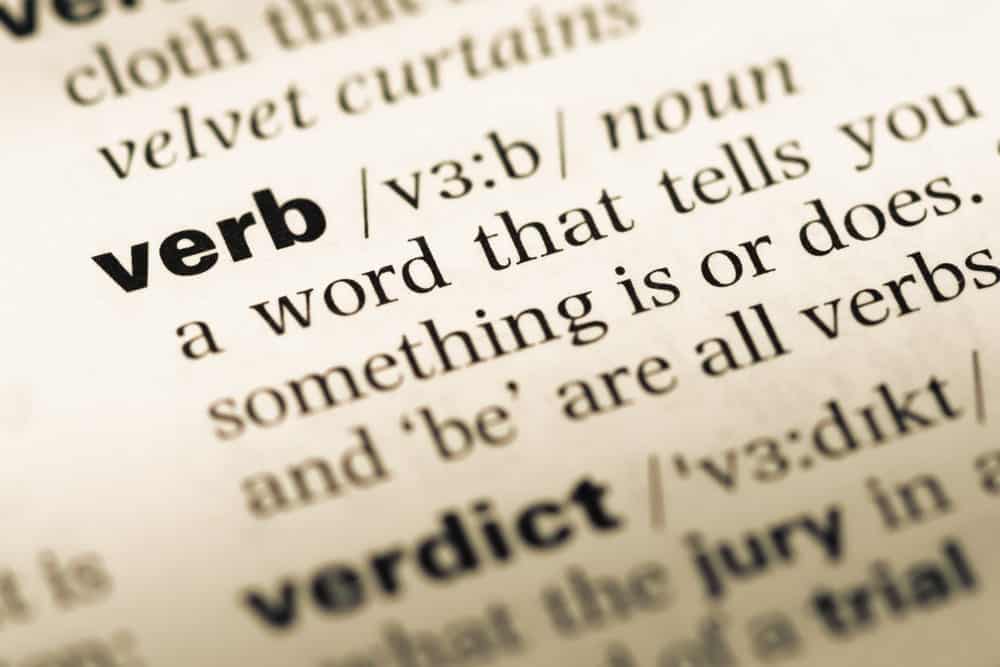 Verbs are absolutely crucial lexical items in language. They convey the action, process, or state that is proposed in a sentence. A wrong choice of a verb can, therefore, result in an entirely wrong proposition. As an open word class with limitless entries, it is essential to deploy them with exactitude to avoid loss of meaning or misinformation. The rest of this article will detail some verbs that are similar in their forms and explain their differences in example sentences.

First off, to ‘appraise’ is to officially judge how successful, effective, or valuable something or someone is, while to ‘apprise’ is to inform or tell someone about something:
The trainee teachers were asked to appraise the pupils’ performances (standard).
The manager has been apprised of the situation (standard).
It is important to apprise her of what had happened (standard).

Verbs With Similar Forms In English

The difference between ‘depreciate’ and ‘deprecate’ is equally worthy of mention. Many a time, people do not carefully observe which one is used in the writing they come across, and that often causes misreading. To ‘depreciate’ is to decrease or diminish in value, as in:
That car will depreciate in value (standard).
To ‘deprecate’, by comparison, is to strongly disapprove of something:
What I deprecate is laziness (standard).

Notwithstanding the foregoing distinction, it bears affirming that the Oxford Dictionary of English prescribes the usage of both ‘depreciate’ and ‘deprecate’ when one intends to belittle or disparage something thus:

Moving on, do you mean to waive or to wave? To ‘waive’ is to state officially that a right, rule, or law can be ignored or set aside, whereas to ‘wave’ is to move your hand or arm from side to side, in order to greet or as a signal:
The manager said the company would waive the charge (standard).
I saw the chairman wave at him (standard).
The chairman waved at him because the charge was waived (standard).

Two other verbs deserving of attention are ‘ensure’ and ‘insure’. You ensure when you make it certain that something happens, and you insure when you provide insurance for something or someone. So, we can say that:
The government should ensure that companies insure their workers (standard).

Again, to arouse someone mentally or emotionally is to ‘excite’ him/her, while to encourage someone to do something unpleasant is to ‘incite’ him/her. Their usages are given in the sentences below:
The songs excited the players, and they eventually won the match (standard).
The workers were incited by the union leaders, but some of them did not yield (standard).

RECOMMENDED: The Dictionary And Its Uses – Ganiu Bamgbose, PhD

The action of distracting is also very different from detracting, despite the articulatory similarity of the words. To ‘distract’ is to take a person’s mind off something, but you ‘detract’ when you make something seem less good than it really is. Hence:
Sometimes, make-up detracts from women’s beauty, but men are often distracted by that artificial beauty (standard).

Furthermore, some English users still apply ‘compliment’ and ‘complement’ arbitrarily. As verbs, to ‘compliment’ means to tell someone that you have an affinity for his/her appearance, abilities, and so on. Hence:
The gatekeeper compliments Sandra’s looks every day (standard).

What is more, are you guilty of confusing ‘perpetuate’ with ‘perpetrate’? Well, to perpetuate something is to allow it to continue for a long time, while to perpetrate an action is to commit an immoral, illegal, or dangerous action, as portrayed below:
The prompt response of law enforcement agencies will not perpetuate the crime perpetrated by non-state actors (standard).

Next, we have ‘prescribe’ and ‘proscribe’. While the former means to instruct someone to take a particular medicine or to indicate how something should be done, the latter means to officially declare that something is banned. Hence:
Given all that the INEC chairman has prescribed, some political parties will be proscribed soon (standard).
Additionally, it goes without saying that some anglophones still confuse the usage of ‘loose’ with the use of ‘lose’. To loose could mean to release something, to undo something, to untie someone or an animal, and to fire arrows, bullets, et cetera. It could also mean to relax, for instance, one’s grip on something or another individual.
Peter looses (unties) the ropes every evening (standard).
The hunter will loose off (fire) a shot at the lion (standard).
The hunter will lose off a shot at the lion (non-standard).
He will loose (relax) his grip on Joseph’s left arm (standard).

A wide vocabulary of verbs makes it easy to convey one’s thoughts in very clear and concise ways. It is, however, essential to deploy these verbs carefully, given the similarities in their forms.