The Dictionary And Its Uses - Ganiu Bamgbose, PhD
Advertisement 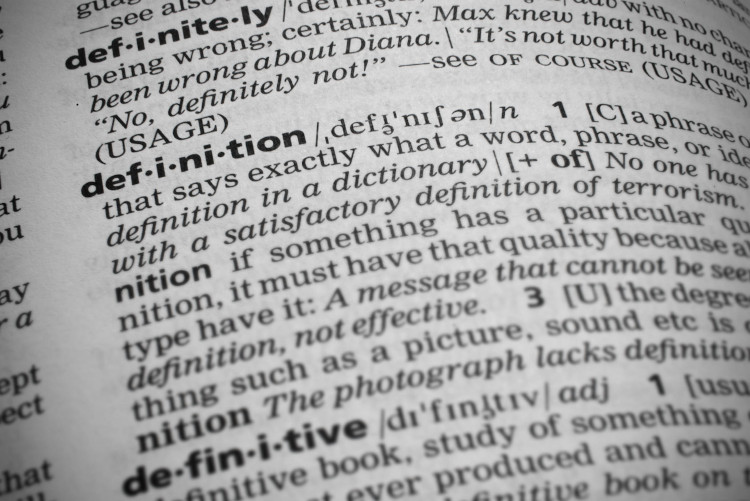 A dictionary is a compilation of words in alphabetical order. It is a reference book that gives information about words. Everyone who desires to use any language proficiently must make the dictionary his/her companion.

Although a dictionary is a reference book, its uses require some guides and explanations. Before discussing these uses, it is essential to address some of the misconceptions about dictionaries.

First, it should be noted that no dictionary is infallible. Like human beings who write them (lexicographers), dictionaries could have errors, although on extremely rare occasions. Second, it is erroneous to assume that a word does not exist because it is not found in one or more dictionaries. For instance, the word, peradventure, is not found in a number of known dictionaries, such as the Oxford Advanced Learner’s Dictionary, yet it has been in the Oxford

Dictionary of English for quite some time. Again, it should be noted that there are usually some differences among dictionaries. No two dictionaries have exactly the same plan or pattern. In particular, the Oxford Advanced Learner’s Dictionary designates ‘foodstuff’ as ‘usually plural’, whereas the Longman Dictionary of Contemporary English regards it as ‘uncountable, countable or plural’.

Lastly, it is important to know that dictionaries are meant to be consulted primarily, and not to be read like books. Though many persons do the latter, it is not a habit to be encouraged. Users of a language should consult dictionaries when they come across new words or they need to confirm the status and usages of other words. This enables them to understand words in context.

The Dictionary And Its Uses – Ganiu Bamgbose, PhD

With that being said, I shall discuss the major functions that the dictionary performs. First, a dictionary gives the proper spelling of a word. Some dictionaries equally give the variant spellings of words, such as the American and/or British variants. For instance, ‘fulfil’ and ‘fulfill’ depict British orthography and American orthography, correspondingly. A dictionary also gives the appropriate syllable breakdown in a word. This breakdown is indicated with dots in-between the syllables. The knowledge of syllabification schools us in where to split a word at the end of a line, during writing or typing.

Very importantly, the dictionary helps with the pronunciation of words through the representation of words as sounds. This act of representing words as sounds is called transcription; transcribed words are put in-between slashes. Within this transcription, stress marks (ˌˈ) are deployed. The one above the line represents primary stress, whereas the one below the line portrays secondary stress. Sometimes, the positions of the stress marks differ, depending on the meaning and class of a word. Put in perspective, when ‘present’ is pronounced as a noun, the primary stress is on the first syllable, but when it is articulated as a verb, the primary stress is on the second syllable.

The dictionary also indicates the word-class/part of speech of a word. A word can function in more than one class. Sometimes, this may affect the pronunciation of such words. In other instances, it may not. For example, the word, ‘minute’, is pronounced /ˈmɪnɪt/ as a noun and /maɪˈnjuːt/ as an adjective. Other words, such as ‘like’, may be pronounced the same way, yet they function as different word classes, as illustrated below:
She is my like (noun).
I like her (verb).
They are of like mind (adjective).
He looks like his brother (preposition).
They talk like they know tomorrow (conjunction).
He is, like, really friendly (adverb).

With the dictionary, too, we can acquaint ourselves with the inflected forms of words. The dictionary reveals the different forms of words, and that helps us deploy words appropriately. The dictionary, for instance, discloses that the past and participle form of spit is spat, while the past and past participle of split remain split. The dictionary also supplies the origin, otherwise called the etymology, of a word. The knowledge of the etymology of a word serves as a guide on how the word should be vocalised. It must be mentioned that a dictionary, essentially, gives the meaning of a word alongside its usage in example sentences. Regarding usage, a dictionary will indicate if a word is formal, informal, disapproving, slang, vulgar or dialectal. For specifics, while the word ‘severally’ means to do something separately or individually, the Oxford Dictionary of English now reckons with the Nigerian meaning of the word: ‘several times’.

In conclusion, dictionaries are critical communicative tools for everyone who wishes to use a language well. They, therefore, should be our regular companions.