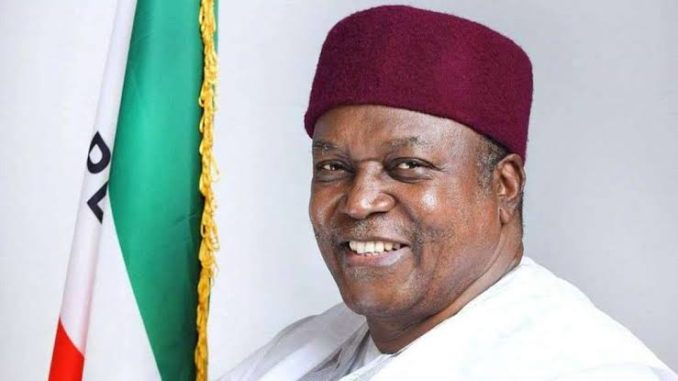 Taraba State Governor, Darius Ishaku has relieved  Hassan Mijinyawa of his duty as his Chief Press Secretary and appointed Iliya Bekyu, the former Deputy Press Secretary, as his replacement.

Brandnewsday gathers that Minjinyawa was sacked on Sunday, by the Governor Ishaku for an unknown disclosed reasons which have not been made available to the media.

Meanwhile, no reason was given for the sack and as at the time of filing this report, there was no official statement from the government media management to confirm the removal of the Mijinyawa as the Chief Press Secretary to the Governor.

However, the Senior Special Assistant to the Governor on Media and Publicity, Bala Dan Habu, when contacted confessed that he was just coming into Abuja from his village and he’s expected to hear from the governor on the development before making any comment.

“I’m just coming from my village where I travelled for my son’s traditional marriage; I cannot confirm if it is cabinet reshuffle or outright dismissal, for now; I don’t have details on the development till I get to see my boss,” he said.

Meanwhile, Bekyu, while speaking with our correspondent on phone from Abuja, confirmed that he was appointed as the governor’s Chief Press Secretary to replace his erstwhile boss, Mijinyawa.