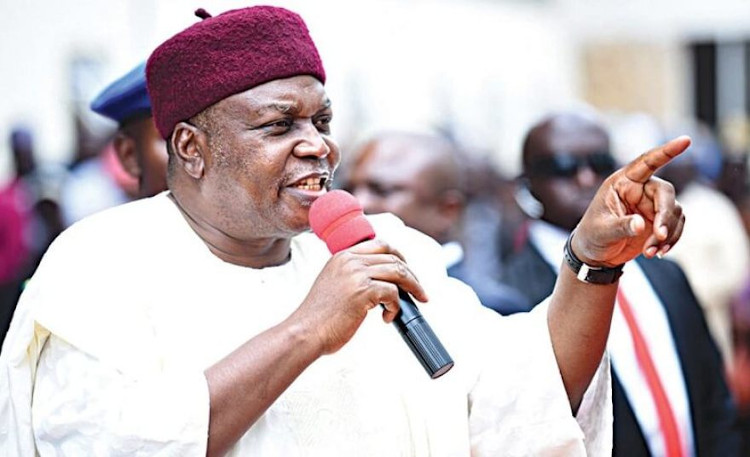 Brandnewsday learned that the Commissioner for Budget and Planning, Hon. Solomon B. Elisha while addressing the press on why the state’s 2020 Budget was reviewed, disclosed that 12.60% of the total revised expenditure has been dedicated to the fight against COVID-19. Adding that ”the COVID-19 response has taken 12.60% of the total export of the revised budget size and it cuts across the sectors bordering on crisis, recovery, mitigation, livelihood and palliative.”

Hon Elisha revealed that the downward review was necessitated by the prevailing situation heralded by the COVID-19 pandemic.

Citing the sharp decrease in the amounts accrued to the state in the first quarter of 2020, The Commissioner stated that “the state has no reason to go beyond the projection of the Nigeria Governors’ Forum (NGF) and the Federal Government has the power to generate and share from this source.”

To however ensure that the revised budget sees the light of the day, the Taraba state government, as made known by him, has obtained permission through the legislature to access loans from commercial banks.

According to him, agreements have been signed with some of these creditors and an Irrevocable Standing Payment Order (ISPO) with Access Bank which is already in operation to fund some of the capital projects.”

He revealed that the state government has made a commitment of funders to some World Bank Assisted Projects and other funds as matching grants, stating that other commitments have also been with external partners to supply farm inputs.

In the area of water supply, the African Development Bank (AfDB) as revealed by the commissioner has since been engaged in the provision of potable water in some urban centres of the state.

The state commissioner who also disclosed that the revised budget received the blessings of the entire members of the State House of Assembly and that due process was duly followed to the end said that Governor Ishaku has assented to the reviewed budget.

He said that the Internally Generated Revenue (IGR) of Taraba which was earlier pegged at over N6 billion for the fiscal year in question was not altered despite the adverse effect of the pandemic and the reason tied to the apron string of back-logs of revenue arrears to be collected especially the federal government’s IPPS with over N4 billion out of which more than half have already been recovered.