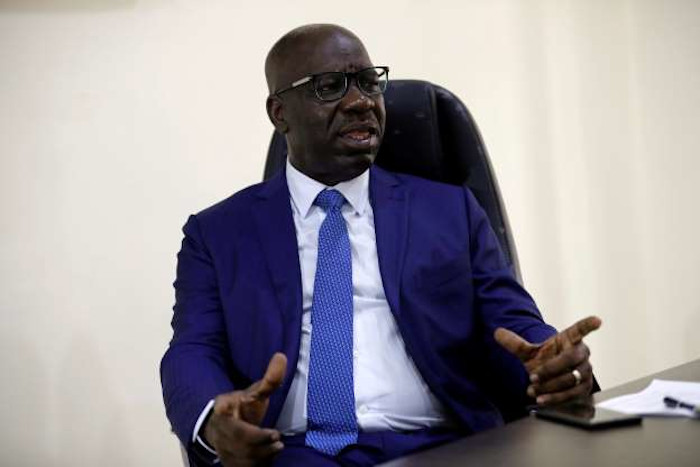 Edo State former Commissioner for Information and Orientation, Prince Kassim Afegbua has claimed that the People’s Democratic Party (PDP), handed the party’s governorship ticket to Governor Godwin Obaseki because he is in charge of the state’s fund.

Afegbua made this known in a statement made available to reporters in Abuja on Sunday, describing PDP’schoice of Obaseki as a bad omen. Adding that PDP allegedly grabbed the incumbent Governor’s trousers by the pocket.

He said Obaseki was picked because he will finance the campaign. Continue HERE.

Reacting to his appointment, Wike appreciated the party for selecting him to lead the Edo campaign. Adding that he was fully prepared for the job. Continue HERE.

The People’s Democratic Party (PDP) on Friday alleged that the All Progressive Congress (APC) intend to cause mayhem as Kano State Governor, Abdullah Ganduje will chair the Edo State governorship election.

Senator Uzodinma was appointed Deputy Chairman and Abbas Braimoh as the Secretary.

Reacting to this development, PDP has dragged the ruling APC to have chosen Ganduje, Uzodinma and Bello to derail the September 19 Edo State governor election. Continue HERE.