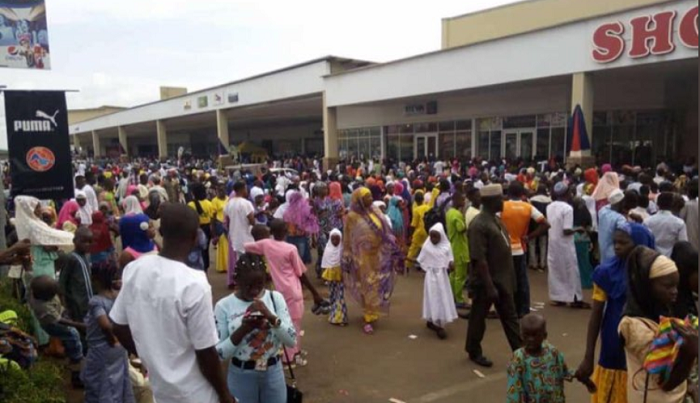 Shoprite Ilorin, the Kwara State capital on Monday, shut its doors to hundreds of shoppers who flooded the place for the Eid celebration.

BrandNewsDay Nigeria reports that the shoppers, this is not the first time this is happening, as it has almost become a norm for the supermarket to do so on days that are marked for celebration.

It was believed that the essence of this is to control the untrackable crowd that shows up and to also be able to address irregularities inside the shopping mall.

What people are saying about the situation

Commenting on this, some social media commenters blame the state government for not providing enough fun centres for people to visit during celebrations.

@Bpops13 on Twitter said the situation isn’t a good one as children would need to visit fun places during the celebration period. She said, “This is sad because they don’t have so many fun places to hang out and Sallah is incomplete without taking these kids out.”

Another user, Opeyemi Ademola, lamented the situation, admitting the city does not have that many fun centres hence the crowd of people that arrived at Shoprite.

Also, Adam Adesoji who is an Ilorin resident told Nairametrics that Kwara state (government) needs to come up with innovative solutions that would attract investors, adding that the state lacks exciting centres, tech hubs and development centres which are adding to youth unemployment in the state.

Last year, it was reported that several shoplifting activities took place in the mall following the high population that flooded the mall during one of the holiday celebrations.