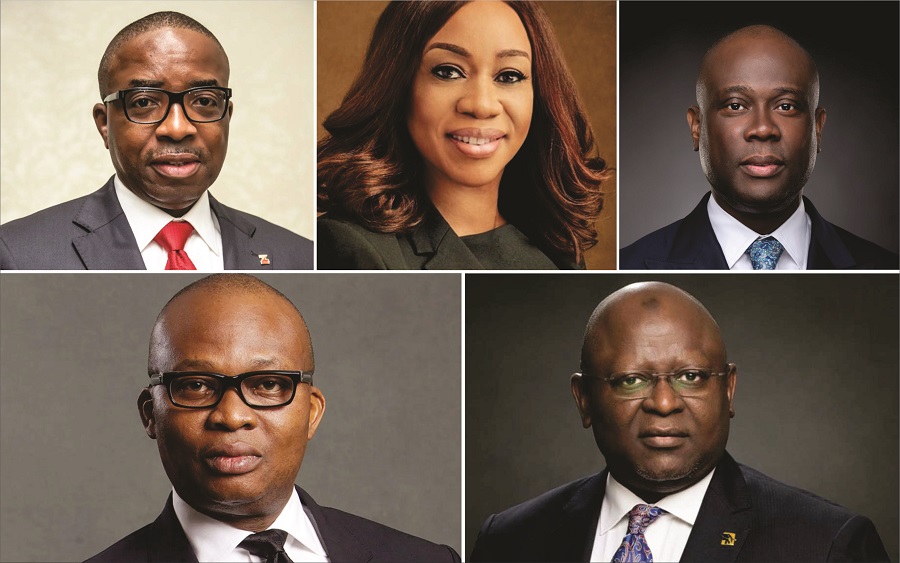 FUGAZ Stocks – the market capitalization of the top five banks referred to as the Tier-1 banks increased to N2.43 trillion at the close of business on the 30th of September 2021 as investors in these banks gained N35.82 billion during the trading week.

During the 4-day week, most of the FUGAZ banks enjoyed positive market sentiments and recorded gains while one bank recorded a decline.

According to data from the Nigerian Exchange (NGX), the market capitalization of the top five banks grew to N2.43 trillion, an appreciation of 1.5% during the week. A summary of the performance of each bank is captured below:

During the week, investors traded about 325,355,008 units of the Bank’s shares valued at N2.53 billion, making the bank’s stock the most traded in value amongst the FUGAZ.

The volume of shares traded appreciated by 858.07%, when compared to 33.96 million units traded the previous week. The bank traded the highest number of shares in volume amongst the FUGAZ, trading its highest on Wednesday of 264.69 million units of shares, valued at N2.05 billion.

United Bank for Nigeria Plc gained N1.71 billion as its market capitalization closed the week at N259.92 billion, with its share price closing the trading week at N7.55.

UBA Plc released its half-year financials revealing a 33.4% growth in profit before tax which rose to N76.2 billion, up from N57.1 billion in the same period of 2020. In addition, the company’s gross earnings appreciated by 5.0% to N316 billion from N300.6 billion, while total assets grew to N8.3 trillion from N7.7 trillion.

GTCO Plc gained a total of N8.83 billion aftermarket capitalization appreciated to N825.54 billion from N816.72 at the end of the week’s trading session.

The growth can be attributed to the increase in the share price, from N27.75 traded at the end of last week, to N28.05 at the close of business on Thursday, reflecting a growth of 1.1%.

During the trading week, investors traded a total of 39,987,992 units of the bank’s shares valued at N1.11 billion. In contrast with the volume traded last week, share volume for this week increased by 104.45% from 19.56 million.

The bank has approved the payment of an interim dividend, to the tune of N0.30 which has been paid to existing shareholders on the 29th of September, 2021.

Zenith Bank Plc lost N1.57 billion after its market capitalization depreciated to N736.25 billion from N737.82 billion at the end of the week. This decline can be attributed to the 0.2% decrease in its share price from N23.50 traded at the end of last week, to N23.45 at the end of this week.

Zenith Bank approved an interim dividend of N0.30 which was paid to shareholders on the 20th of September, 2021.