Femi Otedola Offloads Over 800M Shares From First Bank, May Be Eyeing Purchase Of Power Plant 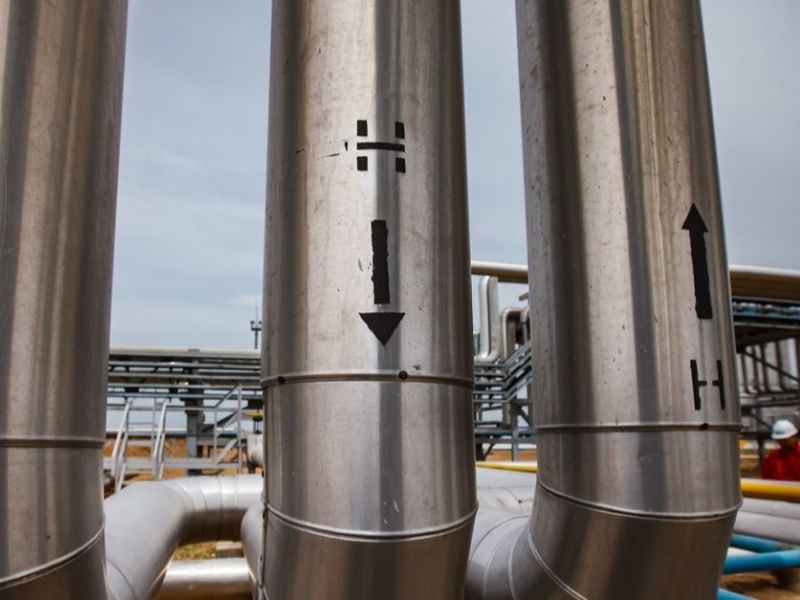 African Energy Week – With the energy transition comprising a central point of discussion among global stakeholders, and Africa’s renewable energy potential the highest globally, green hydrogen has emerged as not only an ideal transitionary resource but a critical one for the continent’s developmental agenda

Technological innovation coupled with the decreasing costs for fuel cells has made green hydrogen an enticing energy source, particularly for African markets blessed with abundant renewable energy resources. With the International Energy Agency (IEA) estimating that Africa’s renewable energy capacity could reach 310GW by 2030, and the increasing need to develop cleaner energy sources to reduce carbon emissions while eradicating energy poverty, Africa could leverage its renewable energy potential to position itself as a green hydrogen leader.

In line with this notion, a panel discussion at the Ninth Climate Change and Development in Africa (CCDA-IX) conference, led by Anja Casper-Beretta, Head of Regional Program for Energy Security & Climate Change in sub-Saharan Africa – Konrad-Adenauer-Stiftung, comprised a strong discussion on the potential, opportunities and challenges for green hydrogen in Africa.

With over 600 million people without access to electricity, a continent-wide focus to accelerate economic growth, and the need for a consistent and green energy supply in Africa, green hydrogen has emerged as a suitable resource. Driving the discussion on what green hydrogen could mean for Africa, Casper-Beretta proposed that “in the same way oil and gas can lift millions out of poverty and spur socio-economic growth, green hydrogen could be used to accelerate multi-sector development in Africa.”

“Hydrogen is valuable for Africa as it has broad applications in the industry sector, transport sector, residential sector, as well as for electrification. There is a possibility for hydrogen to be used across several sectors of the economy, from power and heat generation to feedstock in the industry sector, to transport,” stated Solomon Agbo, Senior Scientist and H2Atlas-Africa Project Coordinator.

Africa’s sizeable renewable energy projects provide the best opportunity to rapidly increase green hydrogen production. Projects such as the 6,450MW Grand Ethiopian Renaissance Dam in Ethiopia; the 580MW Noor Ouarzazate Solar complex in Morocco; and the 310MW Lake Turkana wind farm in Kenya are just some of the continent’s renewable developments that could be used to create competitive green hydrogen markets. Green hydrogen will not only increase the pace and penetration of renewables in Africa but will expand energy access and increase energy security through decentralized energy systems and sector coupling – the conversion of a combination of renewable energy sources. Backed by significant renewable energy sources, with the right investment and innovation, Africa can create a viable green hydrogen economy.

Green hydrogen is starting to garner increasing interest across the African continent, with market-driven programs, national initiatives, and international-African partnerships. Programs such as the African Hydrogen Partnership (AHP) – a framework for the vision of a hydrogen economy in Africa – has motivated African governments to refocus their attention on the potential of green hydrogen in driving socio-economic growth. AHP foresees the development of power-to-gas renewable energy hubs in Africa that will provide critical energy for the industrial, transportation, commercial, and social sectors.

“Africa needs to get their own hydrogen market. It is not a question of whether Europe can help us, but we should have our own local market. In order to do that, we need to be involved in generating the technology that is needed. We really need to build our scientific base. We cannot rely on handouts regarding money or technology. Across the entire value chain, we need to build u the entire human capital base. There is no reason we cannot build up sufficient capacity for training our own people for hydrogen, in the same way, we have done with hydrocarbons. We need to break some of the monopolies to see how new energy systems can come on board. We need room for expansion. We need new models to enable these plans to grow, with teams of innovators who can bring new technology to market. Yes, Africa needs a favourable market, but that market is something we should own,” stated Victor Konde.

With its significant green hydrogen potential, international players have placed a focus on African partnerships to fast-track green hydrogen development. The most notable of these is Germany, which has placed Africa at the centre of its green hydrogen targets. Germany has signed partnership agreements with Namibia and the Democratic Republic of the Congo to accelerate green hydrogen production. Additionally, the country is developing projects with South Africa and Morocco. Finally, the established H2Atlas-Africa project, a joint initiative of the German Federal Ministry of Education and Research and sub-Saharan African partners aims to produce 165,000TWh of green hydrogen annually in West Africa across several projects. With its National Hydrogen Strategy 2020 driving international partnerships with Africa, Germany is a front-runner in developing Africa’s green hydrogen economy.

“With a continent with so many people without access to energy and without clean cooking, there is an opportunity for us to transform our economies and communities. There is no reason why we can’t welcome one of the best forms of energy that will replace hydrocarbons – hydrogen. We are not going to meet net-zero emissions by 2050 if we don’t beat energy poverty by 2030. What we need is an enabling environment. African governments need to create an environment to bring in investors and drive the development of green hydrogen. Governments need to play their own role. When we create the environment to stimulate the economy, we will start to see investment and development,” stated NJ Ayuk, Executive Chairman of the African Energy Chamber.

With green hydrogen offering significant benefits for Africa, African Energy Week (AEW) in Cape Town on the 9th-12th of November will drive a discussion on the role of green hydrogen for Africa, its potential in emerging renewable energy markets, and the value of international partnerships in stimulating success. With countries such as Namibia, Niger, South Africa, and Nigeria all coming to Cape Town in November, as well as German representatives hosting a Germany pavilion focused on enhancing green hydrogen in Africa, AEW 2021 is well-positioned to accelerate the uptake and development of green hydrogen.