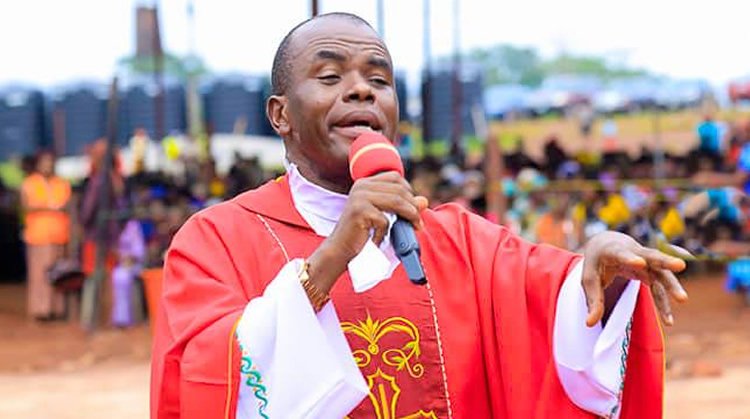 Controversial Pastor, Father Mbaka has yet released another powerful prophetic declaration to members of his church and his admirers.

Brand News Day Nigeria reports that Rev. Father Ejike Mbaka, who doubled as the Spiritual Director of Adoration Ministry in Enugu, the eastern part of Nigeria, has released a new prophetic proclamation.

This online news platform understands that the controversial Catholic Priest, who predicted that Big Brother Naija housemate, Erica would lose the N85 grand prize for insulting Laycon in BBNaija season 5, released the new powerful prophetic declaration after his rift with the Presidency following his attack on President Muhammadu Buhari which eventually led to the accusation that he demanded contracts from Nigeria’s number one man.

In the new powerful prophetic declaration published on the Facebook page, Father Mbaka declared that “any satanic chain holding your family must break” in Jesus name.

The controversial priest continued that “your relative that is outside the country for so many years must come back with joy all over him or her” in Jesus name, adding that this “is a prophecy”.

“Any Satanic Chain Holding Your Family Must Break In Jesus Name Amen.

“That Your Relative That Is Outside The Country For So Many Years Must Come Back With Joy All Over Him/Her In Jesus Name Amen. Is A Prophecy.”