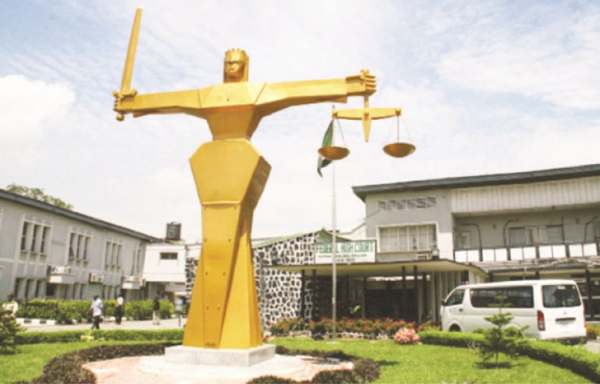 The court on Wednesday, February 24, 2021, discharged and acquitted the duo of Princess Kama Onyeoma and Chief Onny Igbokwe, partners to Mr Benjamin Joseph, who were accused of fraudulently executing the N170m contract awarded to Citadel Oracle Concepts, an Ibadan-based ICT firm owned by Joseph.

In addition, the sum of N20m was awarded as damages against the complainant, Mr Joseph, for frivolous and malicious petitioning and prosecution.

READ: Zinox Speaks On Its Chairman, Ekeh Being Indicted By Police, EFCC

In his ruling, the trial judge, Hon. Justice Senchi of the FCT High Court, Abuja, dismissed the case as lacking in merit, adding that the prosecution failed to establish the case of criminal conspiracy, forgery and fraudulent use of Mr Joseph’s documents as alleged.

Further, the judge acquitted the duo of all four count charges; even as he absolved both defendants, the Kama, a long-time associate of Mr Joseph, and Chief Igbokwe of the criminal charges levelled against them by the Economic and Financial Crimes Commission (EFCC).

Mr Joseph had petitioned the EFCC, the Police and later the Vice President, Prof. Yemi Osinbajo, alleging that his board resolution and other corporate documents were forged to execute the N170 million FIRS contract without his knowledge, even when he appointed the said Princess Kama to execute the contract on his behalf by issuing her a duly executed Power of Attorney and other corporate documents, all presented to the FIRS.

However, Mr Joseph had also surprisingly accused top officials of TD Africa and Zinox, including its Chairman, Leo Stan Ekeh, of involvement in the alleged fraud, even when Zinox or Mr Ekeh had never met or transacted any business with Mr Joseph.

Indeed, after winning the contract, Joseph and his partner, Princess Kama had agreed to domicile the FIRS computer supplies transaction worth N170m with Sub-Saharan Africa’s foremost tech distribution giant, TD Africa, the biggest HP authorised distributors for funding, with a promise to pay immediately they received payment from the FIRS, with an additional guarantee from Princess Kama’s uncle, Chief Igbokwe as Citadel Oracle Concepts Ltd. was not qualified to enjoy credit from TD Africa.

When the FIRS paid for the supplies, Mr Joseph had allegedly tried to divert the fund but his partner, Princess Kama refused and paid TD Africa the pre-agreed invoice sum of the laptops supplied on credit.

This move apparently saw Mr Joseph take offence and he started writing all sorts of petitions to blackmail the Zinox Chairman, accusing him and other top officials of TD Africa, including Ozims, Oyebode and Adigwe; as well as Access Bank of criminally conniving to execute the contract without his knowledge.

However, investigations by the EFCC and the Police had absolved the aforementioned officials of Zinox and TD Africa, with the Commission later charging the staff/representatives of Citadel Oracle Concept Limited, Princess Kama and Chief Igbokwe, due to their own internal issues in Charge no. CR/244/2018 before the FCT High Court.

The ruling by Justice Senchi on Wednesday upheld the unflinching position of Zinox and TD Africa, which had repeatedly insisted on the innocence of its officials, especially in the face of a barrage of sponsored media attacks by Mr Joseph and led by Premium Times, an online news medium.

Recently, the medium had come up with a report claiming that an unsubstantiated Police report had indicted the Zinox Chairman, Ekeh, which had been debunked by the Police Force and on the basis of the same case which Justice Senchi had ruled on Wednesday.

‘‘We are delighted to see justice finally run its course in this long-drawn case,’’ said Reginald Obiakor, a Senior Special Assistant (Legal) to Mr Ekeh. ‘‘Despite the obviously sponsored attacks and campaign of calumny by Benjamin Joseph and Premium Times, we had remained steadfast in our conviction that Mr Ekeh, Zinox and TD Africa had no case to answer, as TD had only extended a facility to Citadel and her partners.

This case has caused us quite some embarrassment, especially considering the potential damage to the hard-earned reputation of an industrious/exemplary Nigerian and globally respected digital icon who has enjoyed over 35 successful years in business.

‘‘We wish to thank our local and international partners, friends and well-wishers who have continued to show us support, even when the attacks persisted. This judgment further strengthens our belief in the validity of the courts as the bastion of justice and hope of the downtrodden,’’ he concluded.