Zinox Speaks On Its Chairman, Ekeh Being Indicted By Police, EFCC
Advertisement 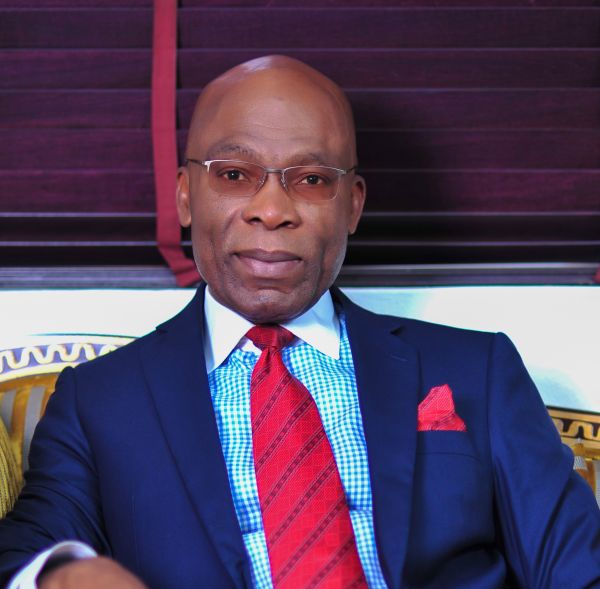 This was contained in a detailed statement made available to Brandnewsday on Tuesday, December 22, 2020.

‘‘Firstly, Zinox Technologies makes bold to state categorically that neither its Chairman, Ekeh, nor any of its staff or the staff of Technology Distributions Limited, including Chris Eze Ozims, Shade Oyebode, Charles Adigwe and Mrs Chioma Ekeh, were indicted by any investigative agency or facing any criminal trial in any court in Nigeria.

The statement further stated that anyone with the contrary position should please make it public.

Speaking on what transpired, Benjamin Joseph and his partner, Princess Kama had domiciled a FIRS computer supplies transaction worth N170m funded by Technology Distributions Ltd., the biggest HP authorised distributors (and not Zinox Technologies), with a promise to pay immediately they received payment from the FIRS, with an additional guarantee from Princess Kama’s uncle, Chief Onny Igbokwe as Citadel Oracle Concepts Ltd was not qualified to enjoy credit from Technology Distributions.

When FIRS paid the duo, Joseph tried to divert the fund but his partner, Princess Kama refused and paid Technology Distributions the pre-agreed invoice sum of the laptops supplied on credit. However, Joseph reacted and allegedly started writing all sort of fake petitions.

”We are aware that Mr Joseph has kept petitioning every Police station he comes across to invite Mr Ekeh over a matter that he (Joseph) is currently standing a criminal trial for,’’ the statement added.

Zinox, which disclosed that the allegations were being propelled by some news media, especially Premium Times, allegedly at the instigation of Mr Joseph of Citadel Oracle Concepts Limited, urged members of the public to pay no heed to the unsubstantiated claims, which is refuted in details.

The statement claimed that ‘‘Knowing the consequence of the intended mischief set out by these nefarious media, the management of Zinox deems it expedient to set the records straight with information and facts that can be independently verified by anyone.

”Indeed, we would not have paid any attention to the latest piece of sponsored fake news from Premium Times, were it not for the essential need to ensure that right-thinking Nigerians are not misled by the antics of an unscrupulous group of people who are bent on tarnishing the hard-earned reputation of Mr Ekeh.’’

Further, the statement revealed that Mr Joseph is currently facing a criminal trial on the same allegations he claims the Zinox Chairman was indicted for, thereby rendering his claims incredulous and without substance.

‘‘Joseph had lodged a complaint with the Nigerian Police Special Fraud Unit (SFU), Ikoyi, Lagos, claiming that his board resolution and other corporate documents were forged to execute the FIRS contract of about N170million.

However, the SFU in their investigation did not only find out that he indeed authorized the contract by giving a letter of authority to his staff, Princess Kama, and who along with Chief Igbokwe, executed the contract, but that the board resolutions and other documents were indeed signed by him.

‘‘It was on the basis of the findings above that the said documents were not forged and that the laptops, in question, were indeed supplied to the FIRS, that the then-Inspector General of Police, Solomon Arase charged Benjamin Joseph for false information in Charge No. CR/216/2016 (Inspector General of Police vs. Benjamin Joseph) on the same set of facts/allegations which he now claims Mr Ekeh was indicted for.

How can Mr Ekeh be indicted by the Police in 2015 when the same Benjamin Joseph is currently being tried by the same Police for false information before Honourable Justice Peter Kekemeke of the FCT High Court Abuja for same allegations?

‘‘It is instructive to note that the Attorney-General of the Federation through the Federal Director of Public Prosecutions had twice given legal advice to the Inspector of General of Police to prosecute the said Benjamin Joseph to a logical conclusion for giving false information.

‘‘It is, therefore, mischievous and deceitful for anyone to report that the Chairman of Zinox or its staff were indicted in 2015 by a report by one Assistant Commissioner of Police (ACP). We state here that we are reading about the so-called 2015 report for the first time through the news media.

The staff of Zinox or Technology Distributions were neither invited by the said ACP nor were they made to write any statements. Otherwise, let them produce any statements that were made to the so-called Police Investigation Board.