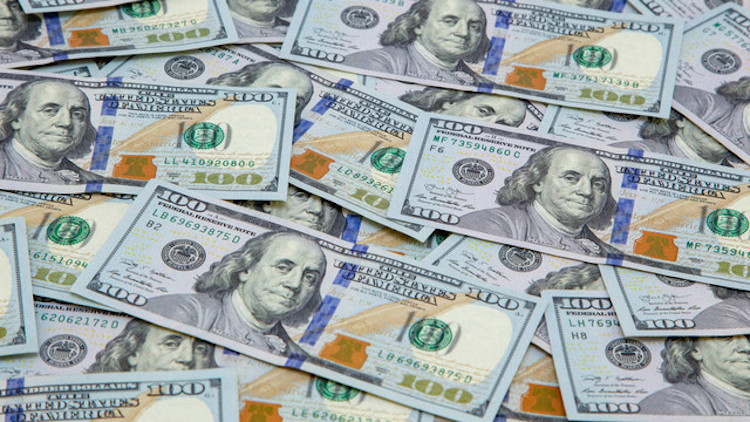 Increased borrowing and spending in recent years have driven concerns Africa is heading towards a debt (economies) crisis. The economic fallout from the COVID-19 pandemic has now brought the precarious fiscal situation in some countries into stark relief.

Since the early 2010s, countries across the region have sought the help of bilateral and multilateral lenders to finance ambitious infrastructure projects and have tapped into the international bond market to raise further funds. This borrowing has been accompanied in most areas by increased public spending on the social and healthcare sectors to address the needs of rapidly urbanising populations.

Where this has been accompanied by weak economic growth, pressure on fiscal sustainability has grown as countries struggle to balance limited revenues with debt repayment obligations.

The pandemic has tightened this pressure. Global supply and demand disruption weakened export revenue streams and interrupted economic activity in key sectors across the region, and many governments do not have the fiscal headroom to stimulate recovery. The IMF estimates that GDP in sub-Saharan Africa will contract by 3.2% in real terms in 2020.

This has raised questions over the ability of many governments to service debt obligations, and these questions are being asked with ever-increasing urgency – particularly in those countries where gross government debt already dwarfs GDP. In 2020, international rating agency Fitch Ratings has downgraded five countries, including Angola and Zambia twice.

In July, it stated that the average debt-to-GDP ratio – a key measure of a state’s ability to repay its debts – across the 19 regional states for which it provides ratings had risen from 57% in 2019 to an expected 71% by the end of 2020. Fitch noted further that the median budget deficit across these states had risen from 4.9% in 2019 to an estimated 7.1% by the end of 2020.

Zambia on the brink

Zambia on 22 September announced plans to negotiate the restructuring of its debt, stating it would struggle to meet three upcoming repayment obligations (around USD 120m) on three Eurobonds totalling USD 3bn. It has since missed the first repayment, which matured on 14 October; the others are due on 30 January 2021 and 20 March 2021. To date, it has not been able to negotiate a deferment with its creditors, making it likely to officially default by 20 November.

This would be Africa’s first “COVID default”. Nonetheless, Zambia was already in a particularly perilous debt position before the pandemic. It is also one of the only countries not to benefit from the IMF’s emergency credit line funding, given its unsustainable debt profile and the multilateral lender’s concerns over its fiscal indiscipline.

Zambia’s fiscal woes have raised questions about other countries that went into the pandemic with high debt loads and have been hit hard by the commodities slump, including Angola and Mozambique. Angola’s debt-to-GDP ratio is forecast to reach 121.3% in 2020, according to our strategic partner Oxford Economics. Its debt has climbed steeply in recent years, the result of both borrowings to support infrastructure development and of spending outstripping revenue following the oil price crash of 2014.

Meanwhile, Mozambique has not received donor funding since 2016, when it was revealed it had concealed more than USD 2bn of debt, on which it subsequently defaulted. Although less reliant on commodities, it continues to battle a large budget deficit. Fiscal pressures are expected to persist until revenues from liquefied natural gas (LNG) projects begin to flow around 2024. Its debt-to-GDP ratio is forecast to reach 117.5% in 2020.

Economies: But no wider crisis

However, Angola has managed to negotiate its debt-servicing obligations effectively, indicating positive relationships with its main creditor China and its primary lender, the IMF. The government in June reduced oil shipments to China, which it has been using as collateral for an estimated USD 20bn worth of loans.

This agreement has provided Angola with more oil to sell, boosting export earnings at a critical time. Meanwhile, the IMF on 16 September approved the third tranche of funding for Angola under the Extended Fund Facility arrangement agreed in 2018. This originally constituted a USD 3.7bn loans to be paid out over three years until 2021, but the total amount was recently increased to USD 4bn.

The decision had been delayed, likely owing to concerns over the sustainability of the country’s debt, particularly its repayments to China.

Details of the deal are yet to be released, but early indications suggest that China is likely to have granted further relief to the government (it typically operates on a case-by-case basis and is therefore difficult to predict) and that the IMF is confident the government will continue to demonstrate fiscal prudence. This third tranche entailed a disbursement of USD 1bn.

Mozambique has benefited from the IMF’s rapid credit facility (RCF) granted in response to the pandemic. It has also received extensive support from the EU, which on 2 November pledged EUR 100m (USD 117m) in support of the state budget for the next two years to help the government to cope with the fallout from the COVID-19 pandemic. The money is to be directed towards education, health and social welfare, including activities already underway to minimise the spread of the virus.

External support alongside government efforts to improve fiscal management has helped countries to mitigate the immediate impact of the crisis. Indeed, since the outbreak of the COVID-19 pandemic, multilateral lenders have scrambled to provide debt relief for indebted countries. The World Bank’s Development Committee and the G20 finance ministers in April endorsed the Debt Service Suspension Initiative (DSSI) in response to the COVID-19 outbreak, with both the IMF and the World Bank supporting its implementation.

The DSSI suspended debt repayment obligations for around 40 low-income countries to enable them to redirect spending towards the COVID-19 response, including health, social and economic measures. This initially extended until the end of October and has since been renewed for at least another six months. The IMF has also called for private-sector lenders to participate in the initiative.

Meanwhile, for its part, the IMF has extended emergency financing to 33 states in sub-Saharan Africa through its Special Drawing Rights (SDR) facility. The UN and others have urged it to expand this further and consider cancelling some existing debts, rather than just postponing payments.

China, the continent’s largest creditor and estimated to hold approximately 20% of Africa’s external debt, have considered renegotiating interest-free debts on a bilateral basis, as indicated in the case of Angola. The region’s debt is unevenly distributed, with China believed to account for approximately 33% of Kenya’s debt and as much as 75%-80% of that of Djibouti, underlining a case-by-case approach to negotiation.

Most recently, market optimism on the back of news in November of an apparently effective vaccine has buoyed the oil price, bringing a measure of relief to state coffers in those economies reliant on the commodity for revenue and foreign exchange earnings. Although the oil price rally could be short-lived, and the economic fallout throughout the year will not be mitigated, it will provide some short-term relief for several indebted economies going into 2021.

Not out of the woods

Africa is not hurtling towards a continent-wide debt crisis. Debt levels and the vulnerability of countries vary widely, and mass sovereign defaults will not materialise in 2020 or early 2021. Nevertheless, the overall trajectory is negative.

Pressures elsewhere will rise as several large Eurobonds become due for repayment in Kenya, Tanzania, Zambia, Ghana and Senegal – among others – between 2021 and 2024. Should the price of oil dip below USD 35 per barrel, commodities-reliant economies will have limited ability to ensure fiscal sustainability.

The 2020s are unlikely to be a repeat of the 1990s “lost decade”, but they will almost certainly see debt challenges become increasingly prominent as countries find their room for fiscal manoeuvre ever more limited amid economic pressures.