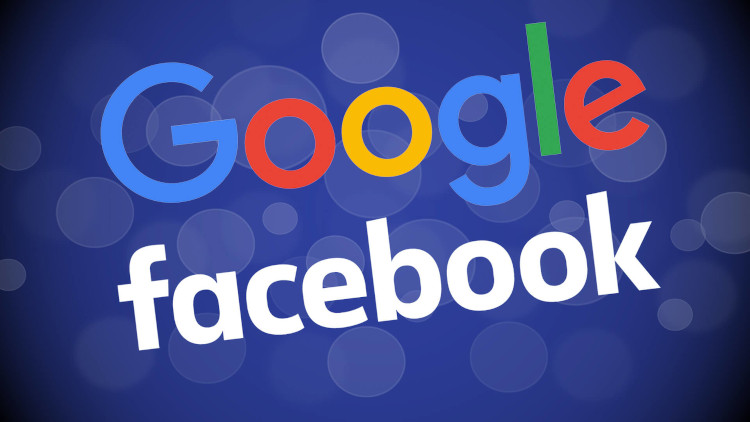 Technology big guys— Google, Youtube and Facebook have got the tech ball rolling by their considerable growth in ad revenue, Brandnewsday reports.

According to their earnings reports, the three giants raked in a cumulative $63.5 billion in the third quarter of 2020.

Meanwhile, in a research data analyzed and published by Comprar Acciones, for the three-month period, Google’s total revenue accumulated to $46.2 billion, while its ad revenue was a whopping $37.09 billion. During a similar period in 2019, its ad revenue was $33.79 billion. 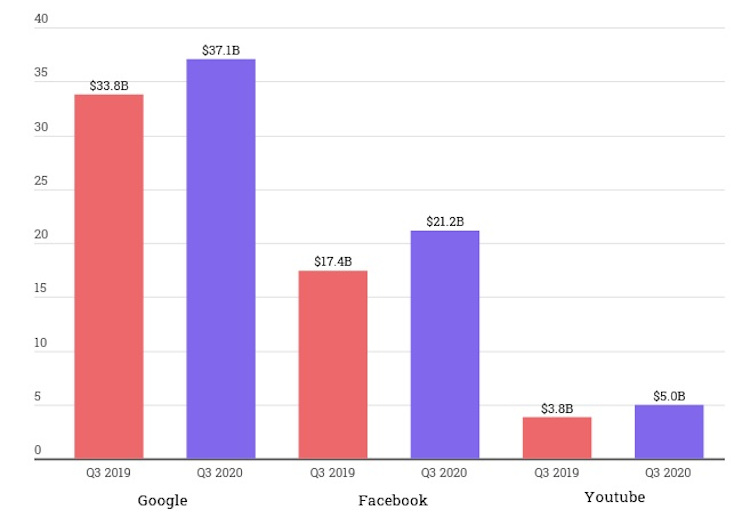 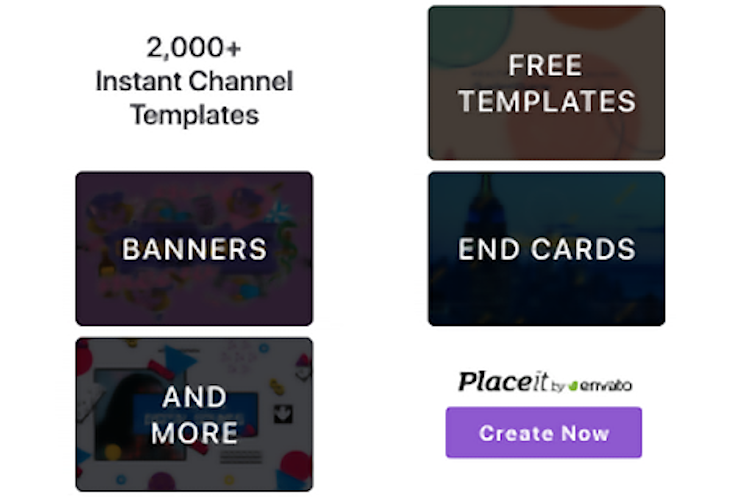 Over 90% of ad spending came from its mobile user engagement. The most interesting bit is that there was an increase in ad spending in spite of a July ad boycott campaign.

Facebook’s earnings report revealed that the company had 10 million active advertisers by the end of the quarter. That was an increase of 1 million from the Q2 2020 figure. 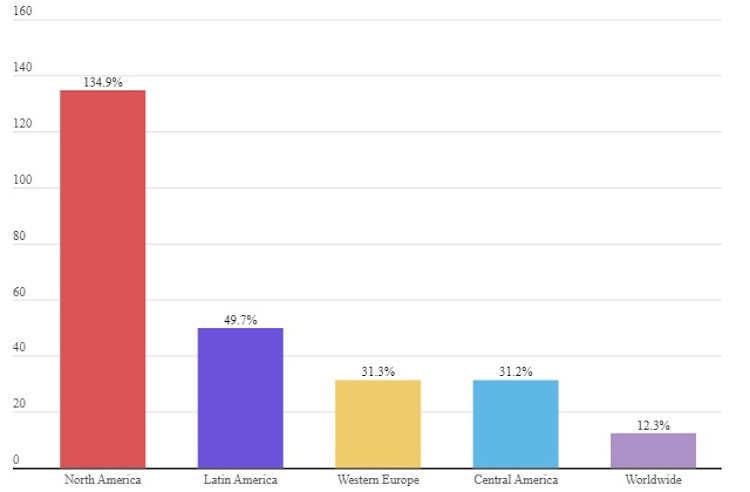 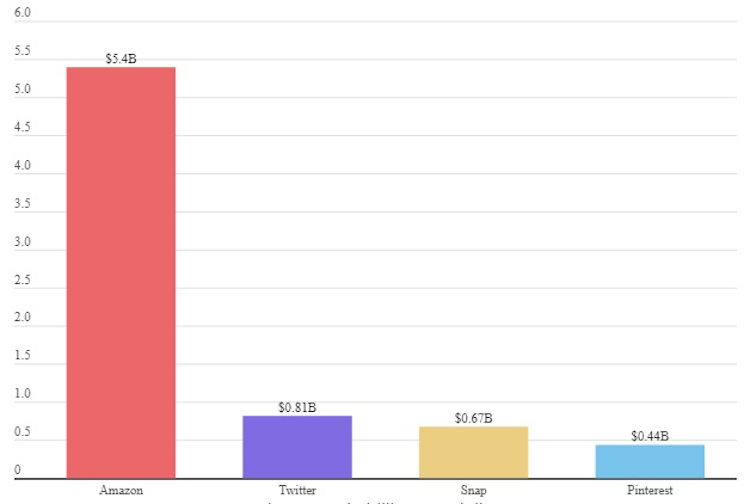 Facebook’s report highlighted that in Q4 2020, it anticipated higher growth in the ad rate coinciding with rising demand during the holiday season. Pointing to the crucial role of online commerce in its performance, the report also mentioned that a return to normalcy could negatively impact ad revenue in 2021.

On the other hand, thanks to the shift to online shopping, Amazon has been one of the greatest beneficiaries of the stay-at-home trend. Its gross revenue totalled $96.1 billion, an increase of 37% YoY. From this amount, advertising revenue, the main component of its “Other” segment, was approximately $5.4 billion. Compared to Q3 2019, it had increased by 51% YoY.

Ad Revenue of the Top Tech Companies in Q3 2020

To put the ad revenues of the three tech giants in perspective, it is worth noting that ad-driven companies Twitter, Snap and Pinterest also posted gains in Q3. However, their collective ad revenues fell short of $2 billion.

The current situation reflects the findings of a 2019 IAB report. According to the report, the top 10 companies on the internet had control over approximately 77% of all digital revenue globally.

According to Social Bakers, global ad spends surged significantly during Q3 2020. Compared to Q2 2020, there was an increase of 56.4%.

At the end of Q3 2020, the worldwide ad spends an average figure was almost double of what it had been at the end of March. North America was the leading region globally, with an increase of 61.7% during the quarter.

As a result of the ravages of the global pandemic, a Zenith report predicted a 9% decline in global ad expenditure for all of 2020. The report pointed to a 7% decline in the US by the end of the year.

It forecast a 5.8% gain in 2021, to a great extent, due to the Tokyo Summer Olympics which will take place in the year. Based on the report, digital advertising would contribute 51% of global ad spend in 2020.

According to IAB, digital ad spending in 2020 will actually increase by 6% YoY despite the expected decline in the broader ad market. For traditional media advertising, the report projected a 30% slump in 2020.

For the US market, the overall ad spends in 2020 is expected to decline by 8% YoY.