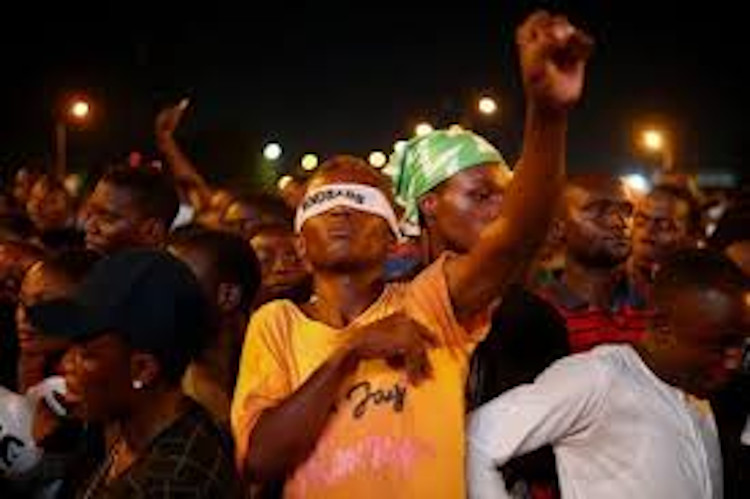 When men in khaki announced their operation crocodile smile, Nigerians already knew and much aware that the smiling of these crocodiles will be targeted at #EndSARS peaceful protesters. Well-meaning Nigerians and civil societies had sounded a note of warning to Federal Government against using Army to stop the already escalated protest but the military denounced in a release that the operation was not meant for Nigerian Youths on the streets.

Of course, many never believed the Nigerian Army could fire at protesters and that’s why protesters were advised to hold the bloody Green-Red-Green flag and keep singing the national anthem to stop Army from shooting. I don’t know if this work in other countries during the protest but in Nigeria, the story at Lekki Toll Gate was not palatable. Sobs!

Tuesday night was brutal. The kind of wickedness being displayed could not be measured. I lost my sense of sleeping, I was gripped by fear having seen innocent Nigerians at the hospital awaiting burial by instalment. People sang National anthem with flags in their hands but they were helpless. They were shot, murdered and thrown into the pool of blood.

Some mind-blowing questions have not been answered yet, who ordered the man in the jacket to detach cameras at toll gate? Who instructed them to detach the light and who gave the men in uniform order to shoot when they were not at war? Who invited the thugs seen in tinted jeeps and 18-seater buses to attack protesters? Who…?

The above questions need not be answered anymore as it has pointed out the sponsors of Lekki Massacre and hoodlums attack on protesters. Before you run a stinky and derogatory mouth to accuse the protesters of defying curfew, ask yourself where were the hoodlums when the protest began; initially, the protest was peaceful, why the sudden intrusion of hoodlums and who recruited them to maim the peaceful protesters?

Now, the crocodile has stopped smiling at the armed bandits, kidnappers, and killer herdsmen, their wicked smiles on Nigerians would not be forgotten in history. May woe betide killers of innocent souls across the country. Some easement we require, unarguably though we argue against desire. Sobs!

What a country that negotiated with Boko Haram for rehabilitation into the society but unleash mayhem on unarmed citizens. The whole world is aware!

Resilience Of The Labour Markets During COVID-19

Resilience Of The Labour Markets During COVID-19