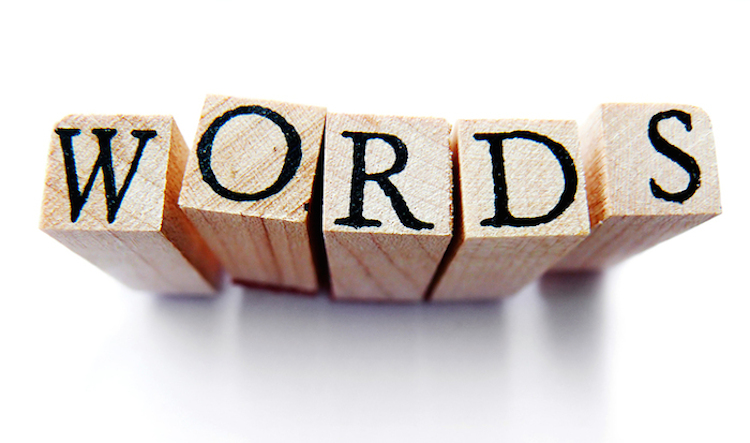 In every language, certain words are usually found together in specific grammatical contexts; such words are called collocates. Verbs, which are partly action words, are sometimes pieced with other words like prepositions, to generate phrasal verbs.

Coming from the aforementioned standpoint, it is absolutely essential to note that one verb that does not collocate with a preposition is ‘contest’. In that connection, ‘Atiku Abubakar contested (not “contested for”) the presidency in 2019’. On these lines, other typical verbs that function independent of the preposition, for, are ‘request’, ‘order’, ‘demand’, ‘clap’ (especially in British English), ‘advocate’ (especially in British English) and ‘source’. Having outlined the foregoing, these example sentences will serve the general reader in good stead:

1) We clapped (not ‘clapped for’) the students after their astonishing performance.

2) After I had devoured a plate of jollof rice, I requested (not ‘requested for’) a second helping.

3) Stella sourced (not ‘sourced for’) gold in the northwestern part of Nigeria.

4) Julius advocates (not ‘advocates for’) the outright ban of hard drugs.

5) How could you demand (not ‘demand for’) such an obscene sum of money?

6) I was given to understand that Alex ordered (not ‘ordered for’) seven items of furniture.

Still on transitive verbs that are not directly succeeded by prepositions, other typical examples like ‘leverage’, ‘discuss’, ‘emphasise’, ‘stress’, ‘voice’, ‘consolidate’, ‘lament’ and ‘heed’ are noteworthy. Their usages are emphatically evidenced in the accompanying sentence structures.

7) The teachers ‘emphasised’ the importance of an excellent education.

8) Some politicians ‘leverage’ their offices to amass ill-gotten gains.

9) Moving forward, can Gbenga and Sheriff ‘consolidate’ the achievements of their predecessors?

10) Mr Smith ‘stressed’ the need for synergy among the various Nigerian security agencies.

11) The warring parties did not hesitate to ‘voice’ their grouses.

12) The Komolafe family ‘lamented’ the death of their matriarch.

13) I have admonished you several times to refrain from ‘discussing’ sensitive issues like politics and religion.

14) He would have turned out better if he had ‘heeded’ his father’s constructive advice.

Upon perusing these expressions with meticulous attention to detail, you will observe that, after the verbs in quotation marks, there were conscious omissions of the preposition, on, in sentence structures seven, eight, nine and ten. Furthermore, there was an exclusion of ‘out’ in sentence eleven, an erasure of ‘about’ in statements twelve and thirteen, as well as an omission of ‘to’ in example sentence fourteen. What is more, you can emphasise the importance of felicitating (not ‘felicitate with’) people who have leveraged opportunities within their reach to become great.

Intriguingly enough, it is deserving of mention that some of these words can attract prepositions when they are deployed as nouns. In this regard, ‘request’, ‘order’, ‘demand’, ‘advocate’, ‘emphasis’ and ‘clap’ will suffice. To illustrate, therefore, the following sentences score a bullseye.

In equal measure, these are obtainable:

16) John is an advocate (a noun) for conflict resolution.

19) The spectators gave a big clap (a noun) for/to the victorious team.

20) His emphasis (a noun) on consuming a balanced diet is non-negotiable.

At this juncture, it is supremely important to note that there are some verbs that could function transitively or intransitively. Commonplace instances are ‘deliberate’, ‘crave’, ‘seek’ and ‘solicit’. As in:

21) We shall ‘deliberate on’ whether to postpone the meeting until next week (correct).

We shall ‘deliberate’ whether to postpone the meeting until next week (correct).

22) There is hardly a child that does not ‘crave’ attention (correct).

There is hardly a child that does not ‘crave for’ attention (correct).

23) They are frantically ‘seeking for’ where to defecate (correct).

24) The citizenry ‘solicited for’ the impeachment and subsequent dismissal of the corrupt parliamentarian (correct).

Nigeria ‘solicited for’ intervention funds from the European Union (incorrect).

With recourse to context twenty-four, bear in mind that while it is permissible to ‘SOLICIT FOR something’, you are supposed to ‘SOLICIT SOMETHING FROM somebody/something’.

In furtherance of that, when ‘enter’ means to physically walk into a place like a building or a country, it does not attract the preposition ‘into’. In marked contrast, when it means to have a formal arrangement or agreement with someone, then, the preposition, into, becomes a necessity. Thus, you do not need to ‘enter’ a building before you can ‘enter into’ an agreement with someone or an organisation.

To round off this week’s treatise, the substantial readership should note that, in some circumstances, some verbs are decidedly intransitive and consequently attract prepositions. For instance, I could affirm that ‘My sister replied to my message the moment she arrived in Lagos’. In that connection, the verbs, ‘reply’ and ‘arrive’, essentially attracted ‘to’ and ‘in’, respectively. Also, two words whose usages should not be mistaken for one another are ‘comprise’ and ‘consist’. In the active voice, the former does not attract the preposition, of, but the latter does. Hence, we can say that the committee ‘comprises’ 10 members or ‘consists of’ 10 members. On a final note, be reliably informed that the verb ‘comprise’ can also attract ‘of’, when used in the passive sense. As such:
25) Nigeria comprises 36 states (active voice).
Nigeria is comprised of 36 states (passive voice).