US 2020: Trump Discloses How Joe Biden Can Defeat Him
Advertisement 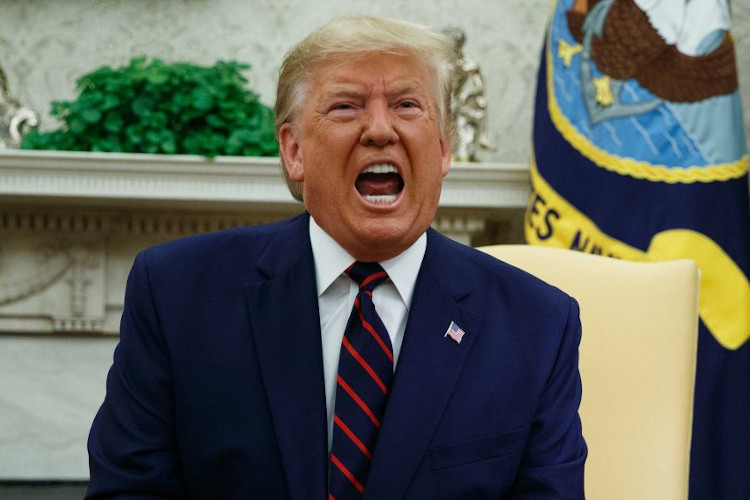 The US President, Donald Trump has boasted that there is only one way he would lose the November presidential election, which is only if the election is rigged.

Brandnewsday gathers that in the latest polls survey, Trump opponent, Joe Biden maintains lead over the US President ahead of the election.

According to an NBC News/Wall Street Journal survey released Sunday, Biden was up by 9 percentage points.

Biden is ahead in three Midwest states that voted for Trump in 2016 – Michigan, Pennsylvania and Wisconsin.

US: President Trump Vs Biden

However, the incumbent President is building a narrative of widespread voter fraud and a “silent majority” that will give him the needed backing in November.

Trump said the “Only way we’re going to lose this election is if the election is rigged.”

“The only way they’re gonna win is that way,” as quoted by UK Independent.