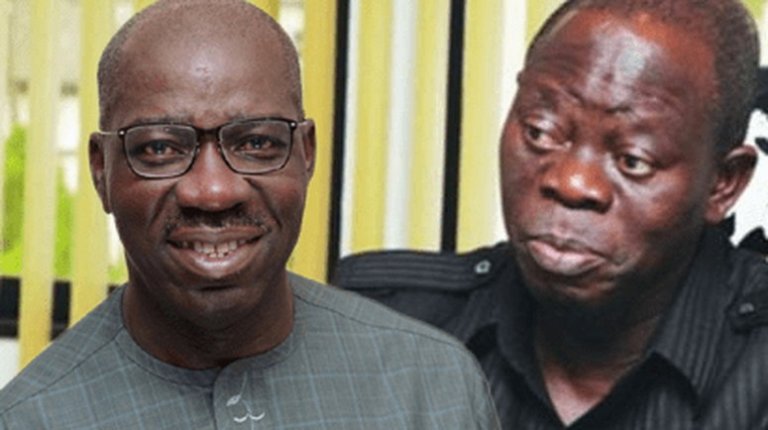 The former National Chairman of the All Progressives Congress (APC), Adams Oshiomhole, has fingered Edo State Governor Godwin Obaseki, of committing a taboo against Oba Ewuare of Benin.

Brandnewsday reports that Oshiomhole alleged that Obaseki was standing before Oba Ewuare of Benin wearing a cap. Oshiomhole made this allegation while speaking on Arise TV today.

The former Edo Governor condemned Obaseki’s action as disrespectful not only for the esteemed Benin palace but also the Edo tradition.

According to Oshiomhole, “You call yourself a Bini man, yet you came to Bini palace wearing a cap in the company of other PDP governors”.

Recall that Obaseki visited the Benin monarch last week along with some visiting Governors elected on the platform of the Peoples Democratic Party (PDP).