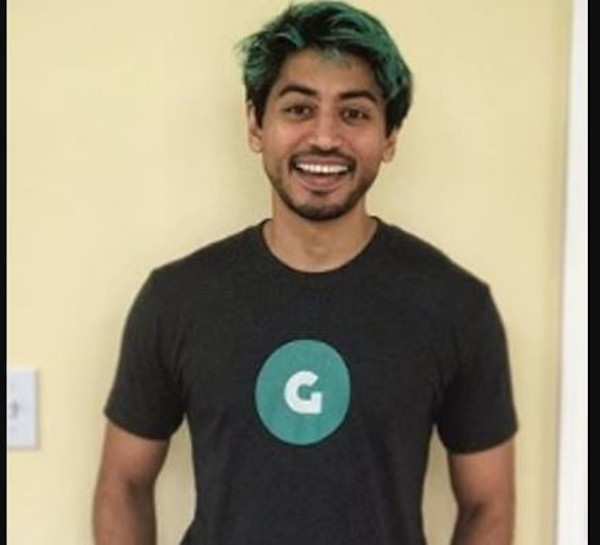 The sad news of gruesomely murthered Gokada founder, Fahim Saleh death has set the internet ablaze since the news was broken. Thus sharpening the curiosity of people around the world; with high promptness to inquire who the late tech-ecosystem trailblazer was.

Fahim Saleh has a technopreneur knack and his track records have hung his name to sit side by side with innovation.

Born in Saudi Arabia to Bangladeshi parents, Fahim lived with his family in the Middle East for a while before they started moving around. They eventually settled in New York as immigrants. It was here, in New York, that he had his education. As a child, he would spend hours hiding playing video games. This soon spurred his interest in technology.

Before Saleh turned 15, he built his first websiteSalehfamily.com which was hosted on AOL Hometown. When his parents threw family parties, his father would encourage relatives to visit the website. This ‘marketing strategy’ helped the young boy to garner an average of five unique visitors to his website on a monthly.

Quite naughty as a youngster, young Fahim would often go out to play and end up using rocks to scratch people’s cars. He recalled that his moment of awakening came when his actions caused his parents to spend one-third of the family savings, to fix one of the damaged cars.

“I remember that night vividly; my Mom was crying because our only option would be to move back to Bangladesh. Luckily, the next day my Dad got an offer from a university to teach computer science,” he later recalled.

Even then, he decided that he needed to start making some money for himself. As a teenager, Fahim self-schooled himself on coding and started developing apps. Saleh was quite a boisterous and lively teenager, and apps soon became a means of expressing this. He built teen-hangout.com, at age 15, a social network which many have now described as “too-early-for-its-time”.

Saleh made some pennies from it, enough to encourage his efforts. He would ask his friends to publish articles on it, and it soon became a community-oriented blogging forum, allowing him to place ads and generate $2-$3 a month through his trial and error approach.

READ: Fahim Saleh Cause Of Death: How GoKada CEO Was Killed In His Apartment

According to him, “That showed promise that it could actually be successful and I could make money off this”.

His first company in high school generated over one million dollars in revenue. He created websites targeted at young demographics such as AIMdude.com, iconfun.com, msndollz.com, icondude.com, and was generating $100k-$150k in profit from such websites. Saleh sold one of his websites for $2,000 on eBay.

“I would stay up super late, work on it and would be worried my Dad would catch me. He thought it would hinder my schoolwork, which it didn’t. Then, as a teenager, I got $500 as my first paycheck from Google. He was like, ‘Okay, let’s open an account,” Saleh recounted in a blog post.

After college, he taught himself how to program and started KickBack Apps, garnering over twenty-million downloads. By the time he graduated from Bentley University in Waltham, Massachusetts, where he studied Computer Science and Engineering (CSE), he created an app – PrankDial, for the purpose of making prank telephone calls. A recent tweet showed that the app had successfully executed over 300 million prank calls since 2010.

He realised early that for busy commercial cities in the world, where workers were always in a hurry to get to work, that a bike hailing service would bring some sort of ease into the system, and this fuelled his interest in starting a bike-hailing service or a motorcycle taxi.

In 2015, he co-founded Pathao with Hussain M Elius and Shifat Adnan, now said to be the largest bike-hailing service in Dhaka, Bangladesh. Pathao later turned into logistics and food deliveries company, which is presently about $100 million. Encouraged by the success of the company, Saleh went solo and founded Gokada.

Gokada started operating in Lagos (arguably the busiest state in Nigeria) in 2017 and raised $5.3 million in venture capital in June 2019. This sum, Saleh had said, would help the company expand its fleet and offer goods and services to its drivers.

His LinkedIn profile reveals that the 33-year-old has over 15 years of entrepreneurial experience dating back to high school. Fahim is also an active investor in emerging markets, investing first in Colombia’s largest motorcycle ridesharing company – Picap, recently valued at $15 million.

Meanwhile, Brandnewsday had reported that the limbless, headless torso of the 33-year-old Saleh, was found in his Manhattan apartment after his sister had hinted the police about her brother unknown whereabouts.

Officials later confirmed this body as belonging to that of the 33-year old Saleh.

The homicide investigations are still on, but the Police Department says that they are yet to find any motive for the gruesome murder of technopreneur and dismembering the body with an electric saw.

Saleh clearly had no idea about what was coming his way, and had even tweeted in June “Have a very good feeling about 2020”.

Whatever else this is, it represents a sad end for a man who changed the bike-hailing service across several locations and countries. He had once said in an interview that he had plans of creating a club where bike riders could relax after work.

“We’re going to start a Gokada club in each of the cities with a restaurant where drivers can relax, and we’ll experiment with a Gokada Shop, where drivers can get things they need on a regular basis, such as plantains, yams and rice,” he had said.

According to friends, he lived a simple lifestyle. He ran every morning, kept a busy schedule of meetings, collected tech gadgets and lived alone with Laila, his little dog.

Some part of this article was first seen on Nairametrics.