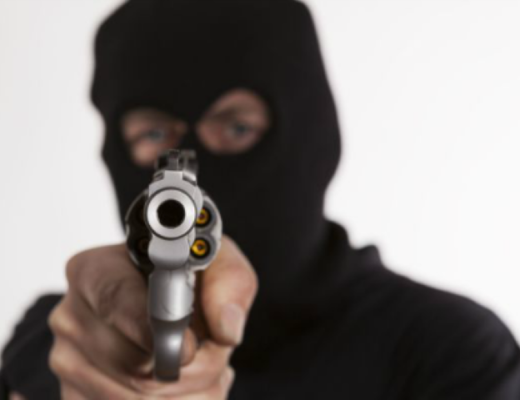 In the testing period of COVID-19, armed robbery has left many residences of Lagos, Ogun States and its environs in fear while others count theirs loses.

Brandnewsday learned that the names of armed robbery gangs terrorizing the residences of the two States that are on total lockdown have been discovered and disclosed.

Thus, residents of some of these areas have formed vigilante associations and tasked them with keeping watch all night to ward off what they suspect to be “cult groups” taking advantage of the lockdown in their neighbourhoods to commit violent crime.

In Ibogun community of Ifo Local Government Area in Ogun state, the frequency in the spate of robberies has led to an exodus of people looking to escape from the town. The people who are left behind have resorted to lighting bonfires at night in order to keep vigil over their neighbourhoods.

Read: WHO Speaks On Dead Bodies Of Coronavirus Patients Being Infectious

According to Morgen Intelligence, gangs in Nigeria sometimes attack policemen and steal their weapons.

In a statement released by the Morgen Intelligence, it was revealed that there several gangs that have been terrifying the people, leaving them to live in fear.

The reports read: From Thursday, 9 April till the Easter weekend, different areas experienced robbery attacks on residents by armed robbers who are also armed cult groups.

The cultists, mostly between the ages of 15 and 30, were armed and seen moving from street to street, sometimes during the day, terrifying residents and stealing money, foodstuff and other valuables.

The words “gangs” and “cults” are used interchangeably in everyday Nigerian usage. Some of the well-known gangs in Lagos include the Awawa Boys in Agege, the One Million Boys in the Ajangbadi and Ojo areas, the EFCC Boys in Shomolu, the Fellin Stealing Boys in Bariga, the Skippo Boys in Ebute-Metta, the Toba Boys in Mushin, the Falapa Boys, the Onola Boys, Sego Boys, and Idumota Boys, who are based in and around Lagos Island. The Aiye Boys and Eiye Boys are largely based in Ajah, while the Vikings are in Ladipo and Alaba markets.

Gangs in Nigeria sometimes attack policemen and steal their weapons. The table shows the locations of such attacks across the country since January 2019

One of the major concerns surrounding the ongoing COVID-19 pandemic is its impact on economic activities, as the lockdown in two Nigerian states and the federal capital means a significant reduction in economic activity, leading to an increase in unemployment as well as causing hunger for citizens in these areas.

States at this time are vulnerable to additional disruption of orderliness. Residents of New York, one of America’s richest states were seen engaging in gun purchases just before the lockdown in their state; residents in Lagos and Ogun are currently displaying similar elements of self protectionism against home invasions and robbery attacks.