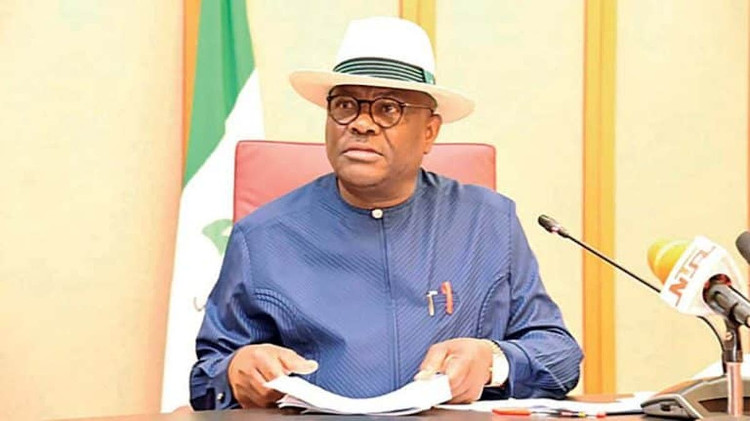 An APC chieftain has cautioned Governor Wike that ‘he has made his voice heard by the party and it’s Time To Listen To The Voice Of the Majority.

BrandNewsDay reports that Chief Sam Nkire, a member of the National Caucus of the ruling All Progressives Congress (APC), has urged the Rivers State Governor Nyesom Wike to make peace reign with his party, the People’s Democratic Party (PDP).

Nkire, a former National Chairman of the Progressive People’s Alliance, (PPA) in a statement sent to Vanguard in Abuja on Monday said there was common parlance in politics that the “party is supreme”, adding that, “Governor Wike has made his case so eloquently, it is now time to listen to the voice of the majority”.

According to the APC chieftain, challenges were not peculiar to PDP.

“No political party, not even my own party the APC is perfect or without members who feel they have been unjustly treated or marginalized.

“In APC today, there are a great number of people at both the Federal and State levels, including my own State, Abia, who felt disappointed and dissatisfied by the outcome of the APC primary elections recently conducted nationwide; but most people have remained in the party, buried the hatchet and forged ahead”, Nkire said.

The Abia State-born politician also emphasized that politics should not be about selfish interests all the time, adding that, “there comes a time when state and national interests become paramount in the mind of a party man and a true patriot”.

Recall that a former national officer of the party said Wike, who spoke on behalf of the aggrieved governors, left the PDP BoT members speechless after narrating all that had transpired, including how the PDP standard bearer had disappointed the Southern bloc of the party over and over with many unfulfilled promises.

The PDP chieftain, who served in the Uche Secondus-led executive, said that Governor Wike vowed not to have anything to do with the PDP Campaign Council unless the embattled national chairman resigned from office.