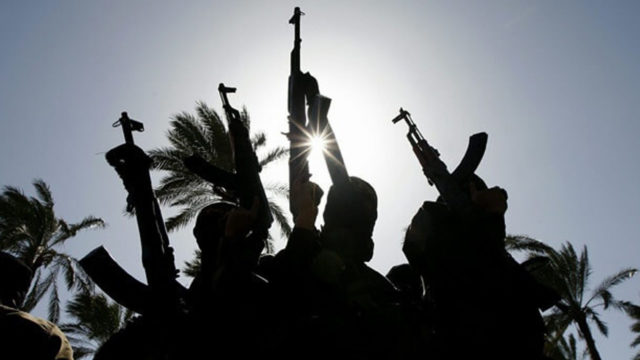 On Tuesday, a motorcyclist was shot and killed by gunmen who broke into the Ogbaku market on the Owerri-Onitsha Road in Owerri, Imo State, BRANDNEWSDAY learnt.

This occurred as Usman Alkali, the Inspector General of Police, was introducing the 12 armored personnel carriers that the state government had purchased to combat banditry in the state at Government House Owerri.

According to insiders at the market, the assailants arrived from Oguta Road in a sienna-colored vehicle.

One of the unnamed sources claimed that the shooters had identified their target when they arrived at the market and had tried to force him into their vehicle, but the man had refused.

The source said, “The man they killed is an Okada rider. They came in a sienna vehicle from Oguta Road. On reaching the market, they identified the Okada man called Chima and ordered him to join them in their vehicle.

“The Okada man refused. They told him three times, but he insisted. They got infuriated and shot him three times, and he died on the spot before they drove off. They also shot in the air while zooming off.”

The deceased’s motorcycle had been brought to the police station, he added, and the youth organisation had reported the matter to the Ogbaku Divisional Police Headquarters.

Micheal Abattam, a spokesman for the state’s police, had not yet responded to a question about the event.