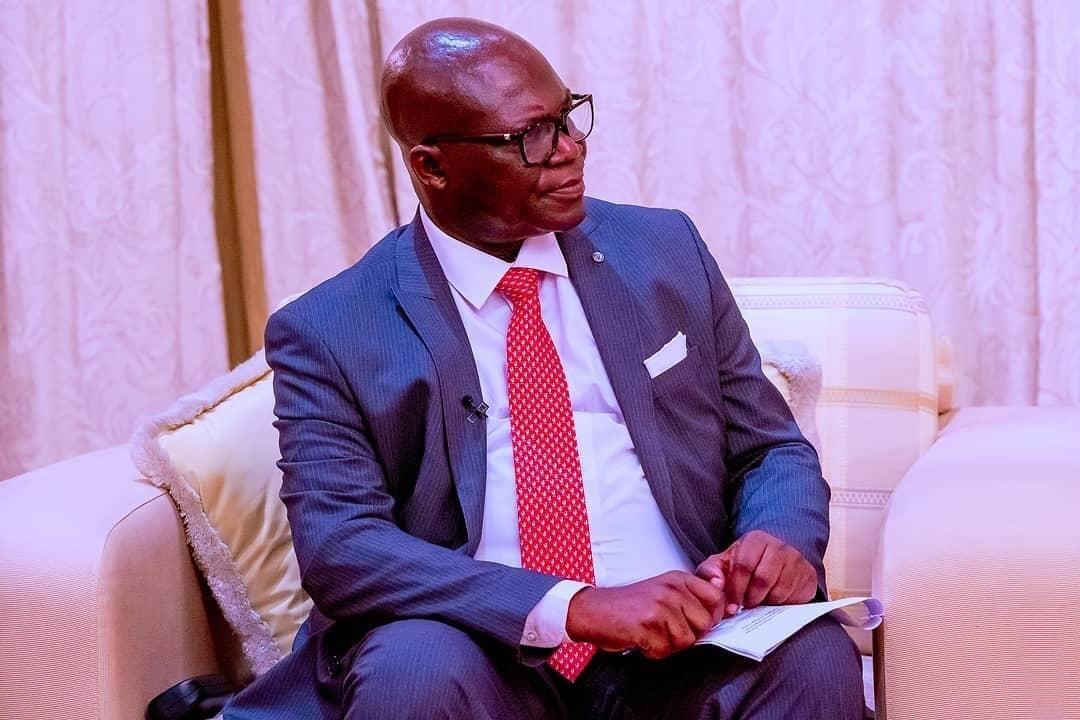 Popular Arise TV anchor, Dr Reuben Abati has lambasted controversial Rivers State Governor Nyesom Wike over his reactions to an interview session with Atiku Abubakar he had with the media station.

BrandNewsDay reports that Abati criticised Governor Wike over his remarks that he did not ask former Vice President and the presidential candidate of the Peoples Democratic Party (PDP), Abubakar the right questions during an interview session with Arise TV.

This online news platform understands that Wike, following his return from Spain last week Friday, in an interview at Port Harcourt International Airport, while addressing Atiku’s issues also accused Abati of not doing due diligence to investigate the purported lies.

However, Abati, Monday reacted to Wike’s statement saying that the governor does not have the capacity and intellect to teach or correct him on his journalism career.

While Abati affirmed that Wike was substantial in reviving the Peoples Democratic Party (PDP) with his resources when members were leaving after Atiku lost the presidential election in 2019, he added that he could not impose himself on the party.

The renowned journalist lambasted the governor for flaunting a sense of entitlement and throwing tantrums for losing PDP’s presidential ticket to Atiku and not being chosen as running mate.

Abati said: “I know the party itself would take part of the blame, when everybody abandoned the party, it was Wike who stepped in there using his resources. Well, I don’t know where those resources came from but he defended the party, to keep the party alive.

“Then he developed a sense of entitlement to the party and he thought in a royalistic manner that the top position in the party was meant for him. But, when he was disappointed he’s gone ahead to throw tantrums.

RECOMMENDED:  Security 'll Be Worsen If Makinde Is Re-elected - APC

Speaking about Wike’s press conference on Friday, Abati said, “In 15 minutes of rambling protest, he said Atiku lied in an interview that he had with this station, Arise TV. At the end of the day, he did not debunk the lies. I’m not defending the Atiku camp, that’s not my job. I’m a journalist. It was his prerogative to choose his running mate.

“In the interview, Governor Wike is not in the best position to teach Reuben Abati journalism. I put it to him that we asked all the right ask questions. I’ve been in this media space and I have been writing since 1985 and I don’t know where Governor Wike was at that time.

“And I’ve been on the television since 2000 next to Professor Pat Utomi, President Goodluck Jonathan and Nduka Obaigbena. Governor Wike does not have the capacity, and the intellect to teach me, Reuben Abati journalism. He will spend more than a year studying the work I have done (over the years).”