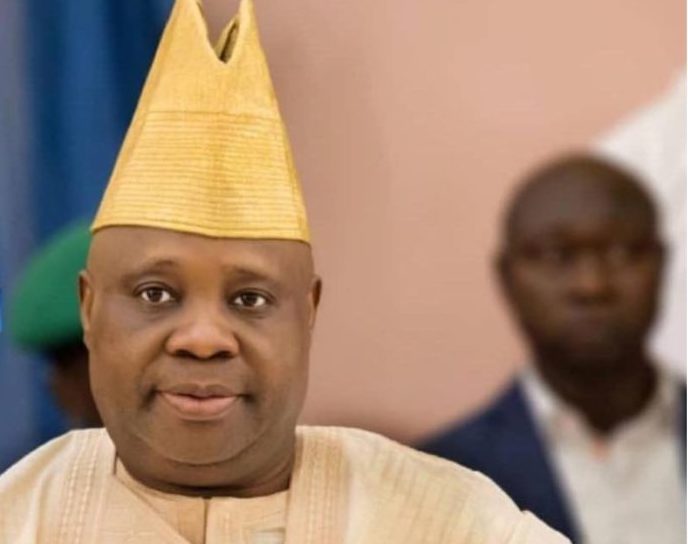 The Independent National Electoral Commission declared Ademola Adeleke the winner early on Sunday morning after he got the majority of the votes cast in the state’s governorship race.

Adeleke’s triumph came almost four years after he narrowly lost his ambition to become the governor of Osun State.

The incumbent governor of the state, Gboyega Oyetola, who was Adeleke’s closest competitor, received 375,027 votes on Saturday. Adeleke received 403,371 votes to defeat Oyetola.

On May 13, 1960, Ademola Adeleke was born in Ede, Osun State. He comes from a well-known and powerful family in Ede, which is part of the Ede Local Government Area.

The late Mr. Isiaka Adeleke and Adedeji Adeleke, a billionaire and business tycoon from Nigeria who is also the president of Adeleke University, are Ademola’s older brothers. He is his parents’ third and last kid.

After the passing of his brother, Isiaka Adeleke, an Osun-West senator, he rose to prominence in politics.

Ademola Adeleke, known as the “dancing senator,” assumed Isiaka’s Senate seat after his older brother passed away on April 23, 2017. From 2017 to 2019, he represented the Osun West Senatorial District.

He continued his schooling at the Ede Muslim Grammar School Ede before travelling to the US to live with his two older brothers.

According to Adeleke, he attended Jacksonville State University, Alabama, in the United States, where he studied criminal justice and political science.

Later, he enrolled in Atlanta Metropolitan State College, where he graduated in 2021 with a Bachelor of Science in criminal justice.

From 2001 to 2016, Adeleke held the position of executive director at Pacific Holdings Limited. Subsequently, she worked as a service provider for the Quicksilver Courier Company in Atlanta, Georgia, in the United States.

From 1990 until 1994, he served as vice president of Origin International LLC, an Atlanta, Georgia, US-based manufacturer of flavors and fragrances.

In the run-up to his governorship contest four years ago, Adeleke was charged with fabricating both his WAEC results and his secondary school testimonial. However, the case was dismissed by the court.

The well-known Nigerian artist Davido’s uncle is the dancing senator.