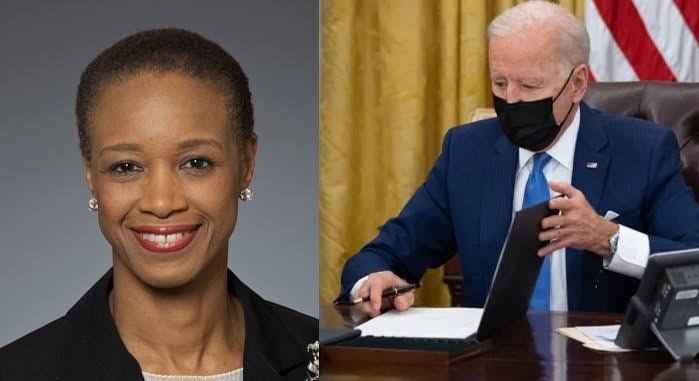 The United States President Biden has appointed Nigerian-born Enoh Ebong as the US Director of Trade and development.

This online platform understands that Enoh appointment was contained in a brief with names of nominees for different positions in the president’s cabinet sent to the US Congress.

Ebong had served in different roles in the USTDA between 2004 and 2019, including serving as the agency’s General Counsel, and Deputy Director.

Before joining the USTDA Ebong worked as a lawyer in Boston, representing public and private companies.

According to the brief, President Joseph R. Biden, Jr. appointed Ebong to serve as the Chief Operating Officer of the USTDA and she has been serving as the Acting Director of the agency since then.