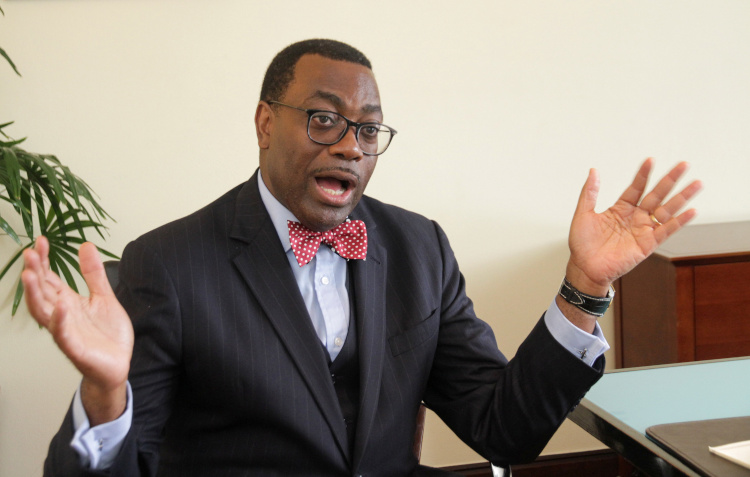 African Development Bank President (AfDB) Akinwumi Adesina has said that a concerted effort to change the narrative on Africa in the United States is necessary to attract increased investments into the continent.

The Bank chief spoke during a meeting with African ambassadors at the chancery of the Embassy of the Republic of Congo in Washington last week.

In a comprehensive tour d’horizon of the Bank’s priority agenda, Dr Adesina acknowledged the leadership role of the Dean of the African Diplomatic Corps in Washington D.C., Ambassador Serge Mombouli of the Republic of Congo, and the Corps’ exceptional advocacy work on behalf of the African continent. He also thanked the ambassadors for their strong support for his re-election to a second consecutive five-year term in 2020.

Speaking to the Bank’s core objectives, Dr Adesina drew the ambassadors’ attention to the UNDP’s assessment, which showed that if Africa achieved the Bank’s High 5 priorities, it would have achieved 90% of both the African Union’s Agenda 2063 and the UN Sustainable Development Goals.

“This is the kind of scale on which we work,” Dr Adesina said, explaining that the desired level of development will not come about by small projects but by projects at scale.

Dr Adesina decried what he described as  “vaccine nationalism” by developed countries and said Africa must learn some critical lessons.

“Africa cannot, and Africa must not outsource the health security of its 1.3 billion people to the generosity and the benevolence of others. Africa must ensure health security for its people, and I will say that we must look at health, from the perspective of a healthcare defence system.”

Dr Adesina said Africa must develop its indigenous pharmaceutical manufacturing capacity. He said this was important not only for Covid-19 but also for other viruses to come after Covid-19. As part of efforts to revamp Africa’s quality healthcare infrastructure, the African Development Bank is investing $3 billion dollars to support pharmaceutical and vaccine production on the continent.

The group learned that the Bank was spearheading efforts to help Africa tackle climate change; and that it had doubled its allocation for climate finance to $25 billion by 2025 with 40% of its total financing going to climate finance.

“We are increasingly applying more of our resources to climate adaptation,” Dr Adesina said. “Today, 67% of all our climate finance is in adaptation, which is the highest of any international financial institution in the world.”

Dr Adesina also spoke about the Bank’s collaboration with the Global Center on Adaptation to mobilize $25 billion for African climate adaptation and said the institution was harnessing the extensive sources of solar, hydro, wind, and geothermal power.

He highlighted the Desert to Power project, a $20 billion investment by the Bank and its partners to create the world’s largest solar zone in the Sahel. It will help to develop 10,000 megawatts of electricity and provide electric power to 250 million people.

The ambassadors were presented with several examples of Bank-financed infrastructure projects that were impacting development across the continent. The Bank has invested over $40 billion in infrastructure, working closely with the African Union’s New Partnership for Africa’s Development.

“The African Development Bank is the largest financier of infrastructure in Africa – far above the World Bank and far above any institution that you can find,” Dr Adesina told his audience.

“This is the time to change the investment narrative on Africa in the United States,” he stressed. “The African Development Bank is developing strategic alliances and partnerships, taking advantage of the new outlook of new US administration.

“We are working closely now that the US Development Finance Corporation, The Millennium Challenge Corporation, the Corporate Council on Africa, the United States Trade Development Agency, USAID, and of course, the Department of Energy, PROSPER Africa, and the US Exim Bank to launch a new approach of working together to massively direct US capital investments to infrastructure in Africa.”

The African Development Bank president applauded the US government’s Build Back Better World launched by President Biden. He enjoined the ambassadors as African diplomatic envoys in Washington to help to make this initiative a huge success, describing it as a unique opportunity for Africa. “It is time to expand US investments in Africa at scale,” he stressed.

“We have equity in the African Development Fund of $26 billion. But we can go to the capital market and raise an additional $33 billion that we can use to scale up support for African economies, especially low-income countries,” Dr Adesina told the ambassadors. “Your advocacy with donor countries, especially the United States Treasury, and the mobilization of strong support for this is crucial.”

Africa, the least resourced region to tackle the continual effects of the Covid-19 pandemic, only stands to receive $31 billion out of $650 billion in SDRs. Dr Adesina advocated a reallocation of SDRs by developed countries to developing countries, and to Africa in particular. He commended French President Emmanuel Macron for his leadership by example in recently announcing France’s donation of 2% of its own allocation of SDRs to Africa.

Responding to Dr Adesina’s presentation on behalf of the African Diplomatic Corp in Washington D.C., Ambassador Mombouli, commended the Bank for its work in transforming Africa socially and economically, and Dr Adesina for his extraordinary and visionary leadership.